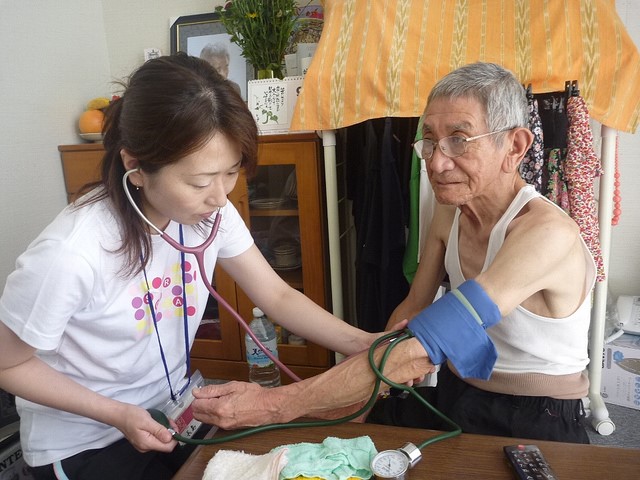 Summary: In over a dozen states union-friendly politicians skim vast sums every year off people taking care of low-income children and disabled loved ones; the money is then funneled to unions. This scheme, which the Supreme Court curtailed in a ruling saying unions could not force providers to pay them, is still functioning in some states.

Labor unions in these states work in conjunction with politicians in a scheme that many critics describe as a “dues skim.” The skim feeds off two different groups–home healthcare providers and daycare providers. The framework for the skim exists in the following states: California, Connecticut, Illinois, Maryland, Massachusetts, Minnesota, Missouri, New Jersey, New York, Oregon, Rhode Island, Vermont, and Washington. In a scheme to put Medicaid and other federal monies directly into the unions’ pockets, these states are deducting dues from benefit checks earmarked for these workers and passing this revenue directly to unions, often without the knowledge of the workers themselves.

Here is how the “dues skim” works: Federal money is sent to the states in question to pass on as subsidy checks to homecare providers who are mostly friends and family members taking care of sick relatives or daycare providers taking care of low-income children, many of which are also relatives. But union-friendly lawmakers and governors claim that since the subsidies emanate from the state, these providers can be considered public employees. And as public employees, they can be unionized which means the state can automatically deduct dues which will then be sent directly to the union. The union has an election (of which many of the providers are not aware) and dues money starts bleeding from their subsidy checks.

In some cases, beneficiaries are completely blind to the deductions; in others, the union makes it extremely difficult to stop the process. And in a few cases, recipients allege outright fraud on the part of the Unions.

These skimmed sums are not trivial amounts to any struggling individual; the aggregate total when added up is mind-boggling. One study by the Washington Freedom Foundation’s Maxford Nelsen estimates unions collect up to $250 million a year in the thirteen affected states.

Perhaps as impressive an achievement, from the union point of view, is that they still manage to extract this money even after the 2014 Supreme Court case, Harris v. Quinn, said that these providers cannot be forced to pay them.

Yes, home care providers have won the right to stop paying union dues. Unfortunately, state governments have worked overtime to help unions skirt the law, to keep the dues skim going. Because providers’ benefits begin as federal money, the skim could be ended by legislators or regulators in Washington. Congress or the U.S. Department of Health and Human Services might stop the automatic deduction of dues from benefit checks with a bill or regulatory action. Then, if some providers who support the union still wanted to pay, they could simply write a check.

Ending the dues skim would prove enormously popular. One national survey commissioned by the State Policy Network and reported on their website, www.protectproviders.com, cites 12 to 1 support for a federal solution to end the dues skim. The survey also found that two-thirds of Americans find that current byzantine, union-friendly rules actively hinder affected individuals from opting out.

How this became a federal case

Even to call home healthcare providers “workers” misses the point: They work hard, but their work is a labor of love and tears, of family ties and personal sacrifice.

Sam Adolphsen, in his Mackinac Center for Public Policy Brief on the subject of ending the dues skim, tells the story of Robert and Patricia Haynes of Michigan: The Haynes take care of their two adult children who suffer from cerebral palsy and receive a Medicaid stipend to cover the costs of care.

“In 2005,” Adolphsen writes, “the Haynes were unknowingly forced into becoming SEIU ‘members.’ The SEIU was certified as their bargaining representative even though only about 20 percent of election ballots were returned.” Michigan then automatically started deducting $30 a month from the Haynes’ Medicaid stipend—money automatically sent to the SEIU.

Adolphsen’s brief goes on to quote Robert Hynes on the skim: “We’re not even home health care workers,” Hynes said. “We’re just parents taking care of our kids…basically six-month-olds in adult bodies. They need to be fed and they wear diapers. We could sure use that $30 a month that’s being sent to the union.”

Thankfully, after state administrative fixes, legislation, and a union backed failed ballot proposal, the skim is over in Michigan. This is good for Robert and Patricia but providers in their situation in the thirteen states that still allow the skim are not as fortunate.

Like the Hynes, home healthcare providers are usually parents, siblings, children or close friends of the disabled people they serve. Meanwhile, daycare providers are often relatives of a low-income child they provide for, or small business owners running daycare centers out of their homes.

As previously mentioned, the federal government disburses grants to states which then sends benefit checks to providers who are “employed” by the beneficiaries. Healthcare providers are paid with funds out of Medicaid; daycare providers with funds from the Child Care and Development Fund and Temporary Assistance for Needy Families– both programs designed to help the truly needy and poorer Americans. This system actually saves taxpayers money: it would cost much more to care for recipients in institutionalized settings. Keeping care in or near the home is a win for everyone.

Consider Pamela Harris, an Illinois homemaker who receives government funds to care for her severely developmentally disabled son Joshua, 25-years-old at the time her case went to the Supreme Court. Joshua suffers from a rare disorder called Rubenstein-Taybi Syndrome, which renders him intellectually disabled, non-communicative, and unable to control his body. The $721 Joshua receives every month from the federal government helps Pamela defray the costs of being her son’s fulltime caregiver. Every month, she takes him to several physical therapists and medical professionals.

Officially, Joshua’s Medicaid subsidy goes to “employ” his mother as a home health care worker, but only technically. Of course, this technicality engenders a truly bizarre interpretation of her status: As Sean Higgins reported in the Washington Examiner in January 2014, “Because of this arrangement, Illinois has decided that not only is [Harris] a state employee, but that it has compelling interest that she join a union. Harris still doesn’t know why. It’s not like she ever plans to go on strike against her son.”

As it turned out, Harris is someone unions will remember for quite some time; her case to stop the forced skim litigated all the way to the Supreme Court, ended with a decision in her favor, giving her the right to choose to pay the union or not. On the eve of oral arguments, Harris explained her persistence to Higgins: “I kept asking, ‘What’s the benefit to me?’ I could never get an answer.” Union organizers came to Harris’s door and tried to get her to sign up, her personal information having been provided gratis by the state of Illinois. “They said they could get me extra money,” Harris continued, “but I know the program is capped.”

Harris’s case was eventually taken up, pro bono, by the National Right to Work Legal Foundation. SCOTUS’ favorable decision to stop forcing union dues being paid as a condition to taking care of her son. But she stresses the case was about a lot more than money. “My primary concern,” she said, “was that someone else would be telling me how to best care for my son.”

Joshua’s care was a challenge assumed by Pamela not because she needed a job but because he is her son. Still, both the government of Illinois and its public employee unions decided it would be appropriate for unions to skim off her assistance check.

In the next installment of Dues Skim, we explore how some brave citizens resisted the unions and took their case to the Supreme Court. 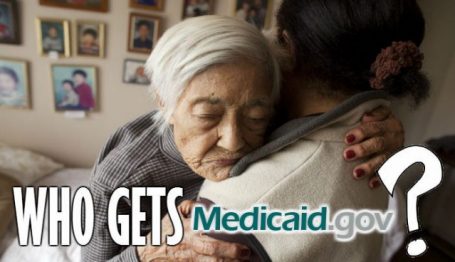