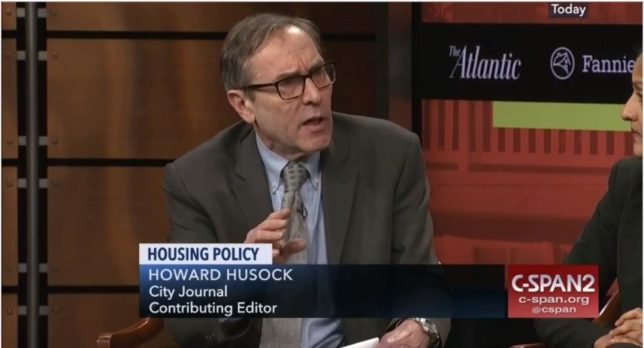 The Right’s Approach to Media

In conservative media, there is an 800-pound gorilla: Fox News Channel and its corporate stablemate, Fox Business. No other right-of-center media outlet matches its reach: Sean Hannity and Tucker Carlson each broadcast to over three million people on the average weeknight. And other than AM radio talkers, the Fox channels are the only national conservative voices broadcast regularly.

Which is fine, at least for Fox co-chairman Rupert Murdoch profiting off captive eyeballs; Mediaite reported that Fox News alone generates at least $1 billion in annual profit. It is also fine if one adheres to the very particular form of conservative-Republicanism that Fox promotes: The Republicanism of Staten Island, a mix of Nixon-Giuliani-Trump law-and-order defense of the cops, with a disposition toward more populist-protectionist economics and resentment of an overweening Manhattan cultural dominance.

But if one subscribes to a Republicanism more in the style of Provo, Utah, Fort Worth, Texas, or Jacksonville, Florida, Fox’s singular interpretation of the conservative message is, while not entirely satisfying, all that there is. And if one is a commentator or advocacy organization looking to talk to conservatives, it is Fox or bust.

While a number of conservative figures rely on Fox News for exposure (National Review writer David French calls having appeared on the network “the most important résumé bullet point in the conservative movement”), there does exist a broad conservative media ecosystem including both for-profit and nonprofit ventures.

Nominally for-profit ventures are the most notable, starting with Fox News and its former corporate stablemates, the News Corp newspapers (most prominently the Wall Street Journal and New York Post). In addition to the Daily Wire and the Clarity Media properties, Sinclair Broadcast Group, Salem Media Group, and the Drudge Report—three of the largest non-Murdoch right-leaning media entities—operate on a for-profit basis. The Washington Free Beacon, formerly a nonprofit, now operates as a for-profit, reportedly with support from benefactor Paul Singer; conservative businessman Sheldon Adelson bought the Las Vegas Review-Journal.

Nonprofit conservative journalism efforts receive some funding from the conservative foundation world, a world much smaller than its liberal counterpart. According to data compiled by the Manhattan Institute’s Howard Husock and analyzed by Capital Research Center, from 2005 through 2014 liberal foundations outspent conservative foundations by up to fivefold, with the multiple exceeding three in all years except 2010. A Capital Research Center snapshot of policy advocacy spending by 501(c)(3) charitable nonprofits in general showed that left-liberal organizations held a 77-23 percent advantage over conservative-leaning nonprofits analyzed.

Some conservative journalism outfits receive funds from full-spectrum conservative foundations that fund broad conservative advocacy (including, in some cases, Capital Research Center): The Lynde and Harry Bradley Foundation, the Adolph Coors Foundation, and the Searle Freedom Trust, among others, have supported the Franklin Center, which conducts statehouse reporting published at Watchdog.org. Other right-of-center foundations with specific interests fund publications that cater to those interests; examples include the Hertog Foundation, which is involved in right-of-center Jewish affairs and funds Commentary, and the Dreihaus Foundation, which is interested in town planning and funds American Conservative to cover that issue.

A handful of right-leaning nonprofit publications receive funding from foundations normally aligned with progressive advocacy. National Affairs, a quarterly policy journal, received grants from the left-of-center Hewlett Foundation; the Pew Charitable Trusts provided funding to the Franklin Center; and Rockefeller Philanthropy Advisors has contributed to the publisher of American Conservative. Whether for increased discussion of high-level policy, a fig-leaf commitment to reporting state-level politics from both ideological sides, or other reasons unstated, some groups generally considered progressive can and do support right-of-center writing.

The Hewlett Foundation provided a six-figure grant to Defending Democracy Together Institute, corporate parent of the Bulwark, an online publication founded by a number of ex-Weekly Standard figures to serve as “conservatism conserved” in opposition to President Trump. The organization reportedly set itself the mission to “shame and stigmatize” what it calls “‘bad actors in the conservative elite.” The Bulwark frequently criticizes mainline conservative figures like Ethics and Public Policy Center senior fellow Henry Olsen, American Enterprise Institute resident fellow Marc Thiessen, and talk radio host Hugh Hewitt—figures that the Bulwark’s editors deem too favorable toward the Trump administration.

A number of conservatives, including some who dislike or oppose President Trump, criticized the Bulwark’s editorial decision to commission coverage of the Conservative Political Action Conference (CPAC) from left-wing writer Molly Jong-Fast, who used the occasion to belittle longstanding and serious opponents of abortion on Twitter. The Bulwark’s critics questioned the ability of Jong-Fast—daughter of feminist novelist Erica Jong and therefore a leftist of legacy stock—to persuade conservatives of the necessity to reform CPAC, the Republican Party, or conservatism as an intellectual project. (While CPAC can be a place of substantive discussion, the event also contains the silliness expected from a pep rally for whatever the ascendant right-of-center tendency in a given year happens to be—a situation that pre-dates and will outlive the Trump administration.)

In the conclusion of Don’t Trust the Messenger, take an honest look at how right-of-center journalism could be improved.