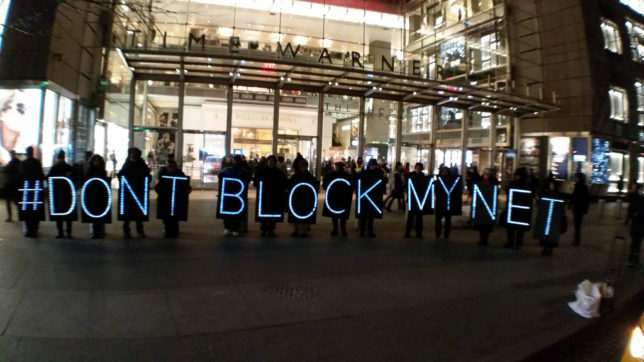 It’s been two years since the Trump administration buried net neutrality in the ground. Now it has a headstone.

On October 1st, a federal appeals court judge ruled in favor of the Trump administration’s FCC in a lawsuit challenging its rollback of net neutrality regulations, which were created in 2015 by the Obama administration’s FCC after failing to pass Congress three times from 2006 to 2008. (Worth noting is that the court left open some form of Internet regulation to the states, but it isn’t clear yet how that will affect consumers.)

If that sounds like a technical matter, it isn’t.

“Net neutrality” is a politically correct term, like “global warming” or “dark money.” It’s intended to give the impression that the government is more neutral an arbiter of the Internet than the free market—and so deserves complete control over it. In effect, net neutrality ensured the Internet would be regulated as a public utility under decrepit rules from the 1930s.

Far from “neutral,” net neutrality is a product of the socialist Left—most notably University of Illinois professor Robert McChesney, former editor of the Marxist magazine Monthly Review, who’s championed a government takeover of the media industry for decades.

McChesney doesn’t mince words. “Our job,” he wrote in 2000, “is to make media reform part of our broader struggle for democracy, social justice, and, dare we say it, socialism. It is impossible to conceive of a better world with a media system . . . under the thumb of the owning class.”

It’s important to remember the motives of McChesney and his statist cohort because they reveal the real agenda behind net neutrality: crippling free speech. Putting the Internet in the hands of federal bureaucrats is a surefire way for leftists to clamp down on supposed “hate speech”—which, in 2019, is most often code for opinions the Left hates.

That was the Obama administration’s goal when it pushed the Democratic majority in the FCC to enact net neutrality regulations in 2015, leaning on supportive arguments from McChesney’s own advocacy group, Free Press, 46 times—more than any other group.

But where McChesney et al. provided the intellectual arguments for net neutrality, a handful of wealthy special interests provided the funding. Chief among them were Demand Progress and the Media Democracy Fund, fronts for the half-billion-dollar nonprofit empire run by the consulting firm Arabella Advisors in Washington, D.C.

Between 2014 and 2017 (the latest available year), Arabella’s in-house nonprofits paid $470,000 to Free Press and its lobbying arm through front groups like Demand Progress and the Media Democracy Fund (itself co-founded by a former Free Press staffer).

But Arabella rarely reports who its own donors are, making it virtually impossible to track where its vast lobbying sums ultimately originated. Nevertheless, an archived webpage claims that startup funding for the Media Democracy Fund came from the multi-billion-dollar Ford, Park, Arca, and Open Society Foundations—all standbys on the professional Left.

Don’t expect these special interests to simply pack up and go home—the fight to keep net neutrality out of America is far from over. But the court’s ruling is confirmation that President Trump’s victory over speech-stifling socialists remains standing.