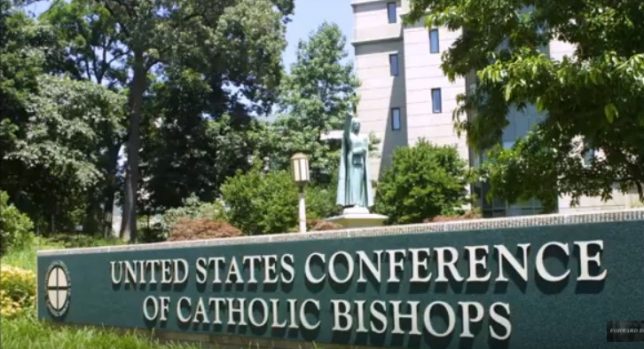 Some who had come down from Judea were instructing the brothers, “Unless you are circumcised according to the Mosaic practice, you cannot be saved.” (Acts 15:1)

And so it began. This passage from the Acts of the Apostles reports how some early Christians contradicted official Church teaching, which had declared circumcision unnecessary for Christians. Thus dissent has been with the Catholic Church from the very beginning. In his Second Letter to Timothy, Saint Paul warned:

For the time will come when people will not tolerate sound doctrine but, following their own desires and insatiable curiosity, will accumulate teachers and will stop listening to the truth and will be diverted to myths. (2 Timothy 4:3-4)

Since the “Circumcisers,” the Church has had Gnostics, Montanists, Sabellianists, Arians, and Pelagians—and that was just in the first five centuries. But this is not a lesson in early Church history; clearly, strong and sometimes widespread dissent among believers is nothing new to the Catholic Church. But the spread of dissent has been facilitated by the mass communications revolution of the twentieth century and the emergence of the world wide web at the turn of the last millennium.

Today, scores of charitable organizations claiming to be Catholic are in open rebellion against the Church or collaborate with other organizations whose activities violate fundamental Church teachings. Orthodox Catholics find the following conundrum especially worrisome: The same mass communications that have fostered dissent have also made it easy for anyone to learn what the Church actually holds true–and yet radical dissent increases. Quite possibly many self-described Catholics aren’t really Catholic after all.

While the Second Vatican Council (1962-1965) introduced changes in many practical and liturgical matters, it did not—and indeed could not—change fundamental church teachings. This basic limitation to reform, however has not stopped dissenters from using the Council’s example to push their own radical agendas under the pretense of being guided by the “spirit of Vatican II” following the Council’s closing ceremonies on December 8, 1965. Enabling these dissenters have been a sizeable number of errant priests, nuns, and even bishops who have not only tolerated the most radical kind of dissent among their sheep, but in many instances, have actually joined them.

An especially egregious example of this radicalization—and one with lasting consequences for the Church—occurred during the years immediately following Vatican II. The Council’s “spirit” had led many a parish priest to intimate that it would not be long before the Church gave up her “prohibition” on artificial contraception. Pope Paul VI’s 1968 Encyclical Letter, Humanae Vitae, however, put the lie to this false promise by reaffirming that “any action which either before, at the moment of, or after sexual intercourse, is specifically intended to prevent procreation” violates the will of God. But the damage had already been done and today somewhere between 50 percent and 80 percent of self-identified Catholics in the United States support the use of artificial contraceptives—and many use them, of course. (See “Voice of the People” survey conducted by Univision in February 2014, and “Key findings about American Catholics,” Pew Research Center, published September 2, 2015.) And because these Catholics believe the Church is “out of step” on contraception, they are increasingly inclined to believe that the Church is wrong on other matters of personal “choice,” such as abortion and same-sex marriage.

Here’s a last bit of ecclesiastical history for context before we turn to a discussion of the dissenting organizations in question:

In December 1983, Chicago Archbishop Joseph Cardinal Bernardin gave a speech at Fordham University in which he proposed a “consistent ethic of life” on a spectrum of issues, from the intrinsic evils of abortion and euthanasia, to nuclear war, capital punishment, illegal immigration, homelessness, and unemployment. In a follow-up lecture at St. Louis University a few months later, Bernardin described this ethic as a “seamless garment,” a phrase presumably borrowed from Eileen Egan, a Catholic peace activist, who coined it during a conversation with British author, critic, and eventual Catholic convert  Malcolm Muggeridge in 1971. The reference is, of course, Biblical. In John 19:23, the seamless tunic of Jesus is not torn by his executioners. Egan held that consistency required Catholics to oppose capital punishment, abortion, and war in all its manifestations, including expenditures for nuclear weapons.

While Bernardin clarified in St. Louis that he was not proposing a moral equivalence between the taking of innocent human life and other “life” issues, his statements have had, according to some Catholic commentators, an unfortunate outcome. Archbishop Gerhard Müller has pointed out that, “the image of the ‘seamless garment’ has been used by some theologians and Catholic politicians, in an intellectually dishonest manner…” (“Pontificia Academia pro Vita: Human Life in some Documents of the Magisterium.” February 22, 2013.) The good archbishop could have added the highest levels of Church leadership to his list of dishonest practitioners: In August 2015, after Planned Parenthood was exposed by Project Veritas as a peddler of aborted baby parts, Chicago Cardinal Blase Cupich opined in his city’s Tribune, “we should be no less appalled by the indifference toward the thousands of people who die daily for lack of decent medical care; who are denied rights by a broken immigration system and by racism; who suffer in hunger, joblessness and want….”

And so the Church hierarchy itself, regardless of Bernardin’s intentions, sets the dissenting example for others by draping a “seamless garment” over dissent itself.

Dissent in progressive U.S. Catholic charities manifests itself in a variety of organizations, all of which, however, seem to share a common ancestor in far-left agitator Saul Alinsky’s model of community organizing. From the highest levels of the bishops’ own charities to the most radical heterodox organizations, much of the leadership and rank-and-file cut their teeth on the streets of Chicago in the 1960s and 1970s, working for or with groups like the Association of Community Organizations for Reform Now (ACORN) where future President Barack Obama got his start.

Dissenting organizations can be broadly categorized as follows:

Extremely proud dissenters who reject one or more of the Church’s teachings while still claiming to be faithful Catholics. These organizations are focused on abortion, birth control, homosexuality, and women’s ordination.

Focused on poverty, human rights, and war, supposedly in the “tradition of Catholic social teaching.” These groups tend to be sympathetic toward the heterodox, but are careful to avoid heresy themselves.

Created to address the child sex-abuse crisis in the Church and hold accountable abusing priests and the bishops who covered for them, some of these organizations have evolved into forums for general dissent and heterodoxy.

The two charities run by the U.S. Conference of Catholic Bishops: Catholic Campaign for Human Development and Catholic Relief Services.

Large national and international charities that work closely with the U.S. Conference of Catholic Bishops.

In the next installment of Dissenting Catholic Charities, we see how many supposedly Roman Catholic organizations actually seek to change the Church’s unchangeable teachings.