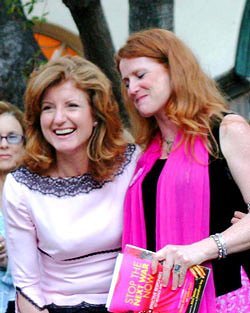 This nonprofit Fund will produce a wide-range of investigative journalism created by both staff reporters and freelance writers.

As the newspaper industry continues to contract, one of the most commonly voiced fears is that serious investigative journalism will be among the victims of the scaleback. And, indeed, many newspapers are drastically reducing their investigative teams. Yet, given the multiple crises we are living through, investigative journalism is all the more important. As a result, all who recognize the indispensable role good journalism plays in our democracy are looking for ways to preserve it during this transitional period for the media. For too long, whether it’s coverage of the war in Iraq or the economic meltdown, we’ve had too many autopsies and not enough biopsies. The HuffFund is our attempt to change this. It will also provide new opportunities for seasoned journalists who have been laid off or forced into early retirement. […]

The program’s startup budget will be $1.75 million. The money will be provided by the Huffington Post and the Atlantic Philanthropies. The Bermuda-based Atlantic Philanthropies is headed by Gara LaMarche, who used to be a vice president of liberal uber-philanthropist George Soros’s Open Society Institute. LaMarche is a member of Soros’s Democracy Alliance, a billionaires’ club that is organizing to impose socialism on America.

Don’t count on the new program funding anything other than left-wing hit pieces.