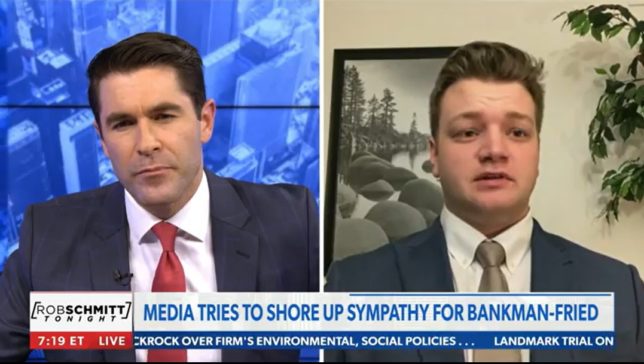 Parker Thayer appeared on Rob Schmitt Tonight on Newsmax to discuss “dark money.” In the context of Sen. Josh Hawley (R-MO) revelation that Biden Administration’s “disinformation board” was working with the Omidyar Network, a Democratic “dark money” group, Thayer explained that the Omidyar Network is just one of many left-wing “dark money” groups. These groups are trying to police what people think, and they have created networks of fake news organizations that use to push propaganda camouflaged as news.