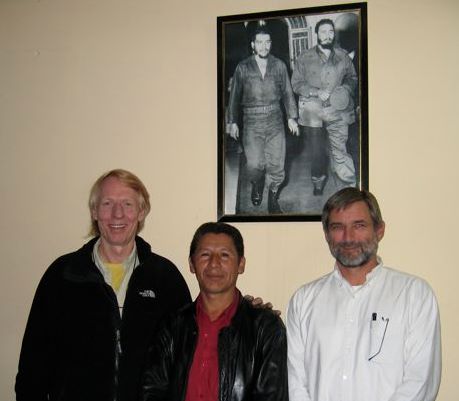 In the nearly half hour podcast, Rathke discusses his book, Citizen Wealth: Winning the Campaign To Save Working Families, serves up some community organizing war stories, and offers his thoughts on the future of organizing. According to Ellman:

Veteran activist Wade Rathke has been steadily climbing that wall on behalf of working people for forty-years. As the founder of the Association of Community Organizations for Reform (“ACORN”), Rathke has a unique perspective about what community organizing strategies work best to empower working people that are struggling to save and accumulate wealth. Rathke is also an assertive advocate for welfare benefits on behalf of people out of work. He’s both won and lost more than his share of battles. Both he and ACORN have the battle scars of scrutiny liberals typically receive from standing up for America’s poor and disenfranchised.

Rathke was fired as chief organizer of ACORN last year after it was revealed that his brother had embezzled nearly $1 million from the organization and that Rathke had covered up the theft for eight years.

In the interview he says that Americans are not getting all the government benefits they are legally entitled to and that they should claim what society owes them.

This is, of course, the Cloward-Piven Strategy of orchestrated crisis. Rathke, and those like him, want to overload the system in order to overthrow it.

Their job has been made easier because the Clinton era welfare reforms were erased in the stimulus package that President Obama signed into law in February.