CRC Submits Comments to Labor Board 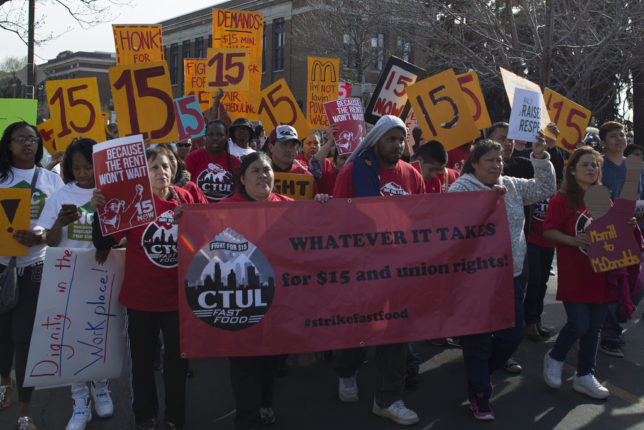 When the federal government wants to issue a new regulation (or repeal an old regulation), it is required by law to solicit “public comments” from interested parties. Today, Capital Research Center submitted comments in support of the National Labor Relations Board’s proposed Definition of Joint Employer, which would overturn an Obama-era effort to make national branding companies responsible for the actions of local franchisees. Our comments below focus on the beneficiaries of the Obama-era redefinition and their campaign to fundamentally change American employment relations law; naturally, the beneficiary is organized labor, not the American worker.

I am writing on behalf of the Capital Research Center (CRC) in strong support of the National Labor Relations Board (Labor Board) proposed rule on the definition of joint employer. CRC has an established record of commentary on labor union activities and labor and employment policy since its founding in 1984.

The proposed rule would honor the intent of Congress, which was overridden by the Labor Board in the previous administration. If I may echo the sentiments of the House Education and Workforce Committee of the 115th Congress, in the 1947 Labor-Management Relations Act (Taft-Hartley), the Congress directed that “common law principles” be used to determine employer-employee relationships; historically those principles are principles of “direct supervision.”

The current standard is aligned not with Congressional intent or public will—the 115th House of Representatives voted to return to the prior standard, though the Senate did not act on the legislation—but rather an orchestrated campaign by organized labor, specifically the Service Employees International Union (SEIU), that would allow it to obtain by regulatory action that which it was unable to obtain in the 111th Congress with the defeat of the misleadingly named Employee Free Choice Act (better known as the “card check bill”).

Under the card-check bill, the procedures regarding Labor Board-supervised certification elections and voluntary recognition of bargaining units by employers would have been replaced by mandatory recognition after the union presented cards showing majority support. The SEIU developed a plan for organizing franchised restaurants using the card-check method after the expected passage of EFCA.

But EFCA’s passage never came. With recognition by card check remaining non-mandatory, SEIU sought another tactic by which to organize the franchise restaurant industry. Beginning in 2012, the union launched a campaign for “$15 and a union” (a $15 per hour minimum wage and voluntary union recognition agreements) at fast food restaurants, with a particular focus on McDonald’s stores. The union’s spending on political consultants, organizing organizations, and subsidiary labor unions identified as involved in the campaign is estimated to exceed $90 million.

Since the very beginning of the campaign, a redefinition of the joint employer standard from the longstanding direct-control view (to which the Labor Board now seeks to return) to a novel standard of the form adopted by the Labor Board in Browning Ferris reportedly has been a key goal. Arun Gupta, a labor reporter for the left-wing magazine In These Times, wrote in 2013:

The first step [of the SEIU organizing campaign] is to challenge the legal distinction between a corporation and its individual franchises. Take McDonald’s: Ninety percent of its 14,000 U.S. restaurants are franchises, but the corporate parent micromanages key aspects of the business—menus, promotions, insurance, software, advertising, cleaning and so on.

The Board’s proposed definition of “joint employer,” restoring the direct-control standard used by the Labor Board for decades, serves workers and the interests of the public. I strongly encourage the Labor Board to adopt the proposed rule.

Public comments are an important part of the regulatory process: They can lead regulatory bodies to reconsider or revise proposed regulations. We hope the NLRB will stand strong and carry forward its proposed de-regulatory rule.