Conservative Institutions and the Good Life 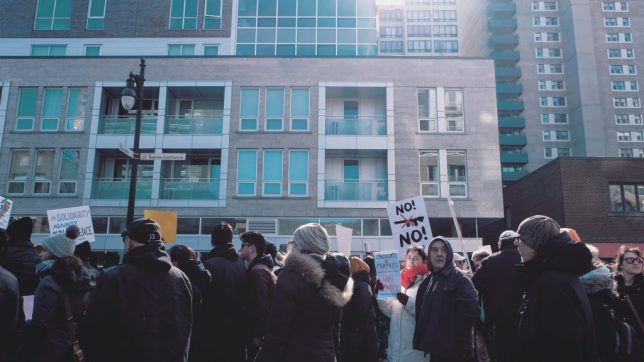 This piece first appeared in Philanthropy Daily on March 29, 2018.

Last Saturday, upwards of a million demonstrators supported by Michael Bloomberg’s gun control organization Everytown marched in support of left-wing gun control measures. While conservatives made light of the movement based on the fact that the faces of the protests were teenagers with a propensity for imprudently divisive rhetoric, the growing left-wing sentiment among American youth should be setting off alarm bells for philanthropists who want to build free-market and constitutionalist institutions to outlast themselves.

Part of the problem is that conservative messengers seem to have very little to offer young people, currently set to vote Democratic by 33 points in the 2018 midterm congressional elections, per Pew Research Center polling.

Meanwhile, there is an evolving progressive-liberal-left view of how a young person should structure his life: A successful person secures an advanced degree, a “knowledge economy” job in a culturally prominent “global city,” and a commitment to a college-admissions brochure vision of cultural diversity.

But what life path is on offer to a young person considering conservatism? Progressives think they know: “Make America 1954 Again,” with ethnically charged commentary, Mad Men-style serial womanizing, and old-fashioned views of crime and punishment. And President Trump’s apparent affinity for all of the above makes matters worse.

But the President is not the only source of damage to the conservative cause. Conservative messaging, not only to young people but to the entire electorate, seems often to alternate between anodyne statistics mixed with parental hectoring (“Yes, young men of Garbutt — get off your asses and go find a job: You’re a four-hour bus ride away from the gas fields of Pennsylvania,” to quote Kevin Williamson) and reactionary opposition (“A Hillary presidency will be pedal-to-the-metal on the entire Progressive-left agenda, plus items few of us have yet imagined in our darkest moments,” as Michael Anton wrote in the closing months of the 2016 campaign). For a notable and timely example, one need only review the National Rifle Association’s recent descent from an effective, single-issue Second Amendment campaign group into a stridently populist-right-wing media outlet focused on media skirmishes and drinking “socialist tears.”

But a positive, forward-looking life vision was once central to the conservative message. In the Reagan era, conservatives showed that reducing unemployment mattered because more people were in work allowing families to achieve self-reliance. Halving interest rates meant that families could buy homes, enabling a fuller, longer lasting participation in local communities and local government. And newly married couples could look to the future with confidence because the administration had conquered ruinous inflation that ate into their savings and wages. Each policy victory could be connected to a central piece of the Reagan-era aspirational life.

A question of the moment is where non-conservatives, especially members of left-leaning demographics attacked by President Trump’s divisive public appeals, should look for an appealing conservative vision of a life well lived. Since 2000, conservatives of various factional stripes have expended masses of ink and billions of pixels on new policy agendas—recall “compassionate conservatism,” “reform conservatism,” and “Sam’s Club Republicanism,” among others—to replace the old “three-legged stool” of 1980s conservatism.

This was a reasonable approach. Anti-Communism as a motivating foreign policy ideology was mooted by the fall of the Soviet Union in 1991, now nearly 30 years past. Fiscal conservatism is often expressed in the politically popular form of tax cuts, rather than the more difficult fiscal responsibility. Meanwhile, social conservatism has backslid amid growing secularism.

All the replacement efforts failed in a crucial regard. By not outlining a vision of life that fit with conservatives’ visions of themselves, these efforts were unable to convince the conservative-leaning public that they amounted to more than another in a long series of concessions to the progressive left. (Compassionate conservative George W. Bush’s vision of the “ownership society” might have been the closest to outlining such a vision, but it was rapidly overtaken by economic events.)

And since conservatives lacked a unifying vision of the good life, the post-Bush-era attempts at reform failed to supplant the oppositional nature of conservative politics. This gap opened a path for a figure who would appeal to the movement’s id; the results of the ensuing government-by-id have been less than ideal.

But when the current moment passes, the problem of vision looks likely to return with increased urgency. While conservative donors invest millions in nonprofit scholarship, one of the most prominent non-liberal public intellectuals of the present moment is Jordan Peterson, a Canadian neuroscience professor of no particular distinction with a YouTube channel. But Peterson is asking the right questions, going so far as to call his book 12 Rules for Life “my attempt to lay out the principles for living properly in the face of tragedy and evil.”

Other public intellectuals have engaged in similar explorations. The Eastern Orthodox writer Rod Dreher proposes that religious communities should withdraw from the national debate and rededicate themselves to traditional religious belief and practice. Patrick Deneen, a Catholic scholar, proposed a similar withdrawal to heighten religious commitments in his recent The Death of Liberalism, citing the Amish as an admirable model. Other center-right figures likewise praise religious approaches even if they are not personally religious: Charles Murray, despite being a self-described agnostic who attends his wife’s Quaker meeting, recommends serious engagement with religion as one of his rules for the “pursuit of happiness.”

These religious-based approaches may make sense for committed believers with eyes toward a next world, but they don’t provide a vision for the more secular-minded, whose numbers are growing—not only in the form of highly educated and urban self-described “nones,” but also in nominally Christian, functionally irreligious rural working-class communities. Conservative institutions should note that a non-destructive but secular conservative vision may be crucial to forming a competitive alternative to the left-wing vision, especially as the young un-church.

What is clear is that conservative institutions, funders, and advocates cannot simply continue as they have been going for the past two decades. Moral formation once undertaken by churches now occurs in progressive classrooms. A generation of students with no memory of Soviet Communism who saw their parents’ Reagan-era dream of a property-owning democracy end in struggling to make payments at the height of the financial crisis are gaining the vote while carrying student loans and a skepticism of capitalist ideals.

In this context, young people look at the center-right and wonder if there is a positive conservative vision of the good life, of civil society, and of our country. Time is running out for the next generation of conservative leaders to take initiative and develop such a vision.