‘Community Organizing’ Deserves to be Ridiculed 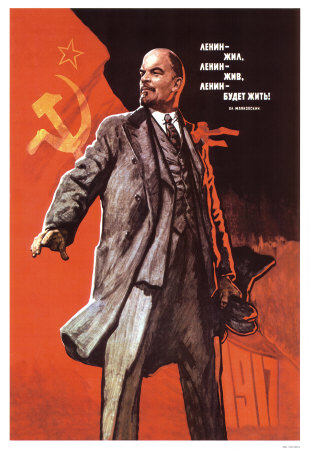 The hard left has responded with delicious howls of indignation to GOP vice presidential candidate Sarah Palin’s belittling of ‘community organizing.’ More on that in a moment, but just in case you were on Mars and missed it, at the Republican convention Wednesday night, the Alaska governor said:

Before I became governor of the great state of Alaska, I was mayor of my hometown.

And since our opponents in this presidential election seem to look down on that experience, let me explain to them what the job involves.

I guess a small-town mayor is sort of like a “community organizer,” except that you have actual responsibilities. I might add that in small towns, we don’t quite know what to make of a candidate who lavishes praise on working people when they are listening, and then talks about how bitterly they cling to their religion and guns when those people aren’t listening.

We tend to prefer candidates who don’t talk about us one way in Scranton and another way in San Francisco.

Although Palin belittled Democratic presidential candidate Barack Obama’s previous career as a community organizer, she didn’t offer any guidance as to what community organizing actually consists of or why she thinks it unworthy of respect.

After the speeches, it was hardly surprising that milquetoast GOP apparatchiks gently distanced themselves from the two speakers’ remarks. McCain campaign spokesman Tucker Bounds argued Palin’s comments were not an attack on the vocation of ‘community organizer’ itself but were “a direct response to critics who had belittled her executive experience, in particular her experience as mayor. Certainly community organizers serve a valued function in civic affairs.” Former New Jersey governor Tom Kean defended community organizing too, calling it “a very valuable thing.”

But what exactly is community organizing? And is it “very valuable”?

There might be some form of community organizing somewhere in the nation that is “very valuable,” but in the highly specific sense that Obama –a lawyer who enjoys carefully crafting his sentences– uses the term, it’s not about church bake sales, picking up litter, little leagues, or parent-teacher associations.

Obama-style community organizing is pure leftist, anti-capitalist agitation. It’s about that nebulous Marxist concept of ‘social justice.’ It’s about making people angry so they push for change. The kind of change they seek is rarely good. It often artificially creates pressure for government spending on whatever project is fashionable in leftist circles that day. Filled with robust self-esteem, community organizers are typically professional revolutionaries who believe that something is terribly wrong with America and that they are the ones anointed to fix it.

The father of community organizing was ultra-leftist Saul Alinsky (1909-1972), a Chicagoan who elevated local-level political agitation to an art form. Alinsky, a significant influence on Obama, believed in “rubbing raw the sores of discontent.” In his classic book Rules for Radicals, Alinsky prescribed the tactics and defined the goals of community organizing. Among his “rules“: “Keep the pressure on. Never let up” and “Pick the target, freeze it, personalize it, and polarize it.”

Alinsky taught his disciples to disguise their radical ideology. “Camouflage is key to Alinsky-style organizing. In organizing coalitions of black churches in Chicago, Obama caught flak for not attending church himself. He became an instant churchgoer,” notes Richard Lawrence Poe. According to Alinsky, an effective radical activist “discards the rhetoric that always says ‘pig’ ” when describing police officers, and uses other linguistic tricks in order, “to radicalize parts of the middle class.” Winning over the middle class is key, Alinsky argued, because “the power and the people are in the big middle-class majority.”

Obama’s would-be castrator Jesse Jackson is a master community organizer himself who now focuses his efforts on Wall Street. His Rainbow/PUSH Coalition has shaken corporations down for millions of dollars. As Shelby Steele writes, Jackson and his brethren in the civil rights establishment have “pursued equality through the manipulation of white guilt.” Those leaders “ushered in an extortionist era of civil rights, in which they said to American institutions: Your shame must now become our advantage,” Steele writes.

Jackson’s less financially savvy competition, megaphone enthusiast Al Sharpton and his National Action Network, have also enjoyed success in community organizing. NAN says “‘No Justice No Peace,’ is its motto and its call to all who want to live in a more democratic and just society.” Sharpton believes America is fundamentally flawed. On the “Tavis Smiley Show” in March, Sharpton pontificated about “the brutality and viciousness of Americans’ racism and America’s war on the poor.”

The Greenlining Institute, founded by John Gamboa and Robert Gnaizda, is also involved in community organizing, and like Jackson and Sharpton, it has been successful. Greenlining activists have become experts at shaking down deep-pocketed institutions. Picketing banks is a favorite tactic. The group typically takes on financial institutions, pushing them to make more credit available to higher-risk, low-income homeowners and businesses. Timid bankers, terrified of bad press, often cave in to the group without much of a fight. Greenlining’s efforts may very well have contributed to the nation’s subprime mortgage meltdown.

Then there’s the vote fraud factory known as the Association of Community Organizations for Reform Now or ACORN. ACORN describes itself as “the nation’s largest community organization of low- and moderate-income families, working together for social justice and stronger communities.” ACORN, Sol Stern writes, “promotes a 1960s-bred agenda of anti-capitalism, central planning, victimology, and government handouts to the poor.”

Obama previously worked for ACORN, directing its voter mobilization arm, Project Vote, a successful voter registration campaign that helped propel Democrat Carol Moseley Braun into the U.S. Senate by adding an estimated 125,000 voters to the rolls. Project Vote claims to conduct “non-partisan” voter registration drives, counsels potential voters on their rights, and litigates on behalf of the poor and “disenfranchised.”

Perhaps no piece of legislation in the last generation better captures the ‘incentivizing’ of fraud… than the 1993 National Voter Registration Act…Examiners were under orders not to ask anyone for identification or proof of citizenship. States also had to permit mail-in voter registrations, which allowed anyone to register without any personal contact with a registrar or election official. Finally, states were limited in pruning ‘dead wood’ – people who had died, moved or been convicted of crimes – from their rolls. … Since its implementation, Motor Voter has worked in one sense: it has fueled an explosion of phantom voters.”

In 1995, Obama sued on behalf of ACORN for the implementation of Motor Voter laws in Illinois and won. That secured Obama an invitation to train ACORN staff. Obama later returned the favor when, as a member of the Woods Fund board, he approved frequent grants to ACORN.

And the list goes on and on. There are pockets of agitators throughout America. They range from the small illegal immigrants’ group Casa de Maryland (which is funded by Venezuela’s Marxist strongman Hugo Chavez) to substantial radical funders such as the Gamaliel Foundation and the Needmor Fund.

Needless to say, those on the political left –you know, those pious people who utter phrases such as ‘social justice’ in hushed tones– are infuriated at the disrespect shown the socialist ideals dear to their hearts.

The over-the-top response by Time magazine’s resident lefty hack, Joe Klein, was typical. Klein described Wednesday night at the Republican convention as an “extremely effective bilge festival.” Klein wrote “there was one item, in particular, that has to be considered infuriating: the attack on Barack Obama’s service as a community organizer by the odious Rudy Giuliani–he’s come to look like a villain in a Frank Capra movie, hasn’t he?–and Sarah Palin.” He then cited a press release from Catholic Democrats in which the liberal group insists, “Community organizing is at the heart of Catholic Social Teaching to end poverty and promote social justice.” Klein continued his rant against Republicans:

To describe this service–the first thing he did out of college, the sort of service every college-educated American should perform, in some form or other–as anything other than noble is cheap and tawdry and cynical in the extreme.

The president of ACORN, a group whose fall vote fraud campaign is well underway, was indignant. Maude Hurd said:

ACORN members, leaders and staff are extremely disappointed that Republican leaders would make such condescending attacks on the great work community organizers accomplish in cities throughout this country. The fact that they marginalize our success in empowering low- and moderate-income people to improve their communities further illustrates their lack of touch with ordinary people. Every great movement in the history of the world has community organizing.

Hurd asserted that over the past decade ACORN “has helped more than 30 million American families through our various organizing campaigns: better schools, financial justice, living wages, community improvement, immigration, healthcare, predatory lending, voter engagement and utilities.” She cited a 2006 report that quantified the monetary value of ACORN’s “victories” at “$15 billion, an average of $1.5 billion per year going directly into low- and moderate-income communities to help strengthen working families.”

Hurd neglects to mention how much of that money came from taxpayers.

POST SCRIPT September 9: Melanie Phillips has a wonderful column in the Spectator (UK) called “Revolution You Can Believe In.” Excerpts:

…in the world of Barack Obama, community organisers are a key strategy in a different game altogether; and the name of that game is revolutionary Marxism.

The seditious role of the community organiser was developed by an extreme left intellectual called Saul Alinsky. He was a radical Chicago activist who, by the time he died in 1972, had had a profound influence on the highest levels of the Democratic party. Alinsky was a ‘transformational Marxist’ in the mould of Antonio Gramsci, who promoted the strategy of a ‘long march through the institutions’ by capturing the culture and turning it inside out as the most effective means of overturning western society. In similar vein, Alinsky condemned the New Left for alienating the general public by its demonstrations and outlandish appearance. The revolution had to be carried out through stealth and deception. Its proponents had to cultivate an image of centrism and pragmatism. A master of infiltration, Alinsky wooed Chicago mobsters and Wall Street financiers alike. And successive Democratic politicians fell under his spell.

His creed was set out in his book ‘Rules for Radicals’ – a book he dedicated to Lucifer, whom he called the ‘first radical’. It was Alinsky for whom ‘change’ was his mantra. And by ‘change’, he meant a Marxist revolution achieved by slow, incremental, Machiavellian means which turned society inside out. This had to be done through systematic deception, winning the trust of the naively idealistic middle class by using the language of morality to conceal an agenda designed to destroy it.

Alinsky was a radical straight out of the Gramsci playbook. In both America and Britain, Gramsci’s acolytes have been conducting a decades-long march through the institutions. In Britain, they have substantially achieved their aim of subverting western morality and changing the face of British society. No political party stands against this. In the US, they have made huge inroads but haven’t yet won. With Palin on one side and Obama on the other, it is now clear that this US presidential election has taken the culture war to the gates of the White House itself.

Phillips also helpfully links to a letter to the editor that Alinsky’s son, David, wrote to the Boston Globe after the Democratic Party’s recent convention. David writes (in part):

Barack Obama’s training in Chicago by the great community organizers is showing its effectiveness…I am proud to see that my father’s model for organizing is being applied successfully beyond local community organizing to affect the Democratic campaign in 2008. It is a fine tribute to Saul Alinsky as we approach his 100th birthday.