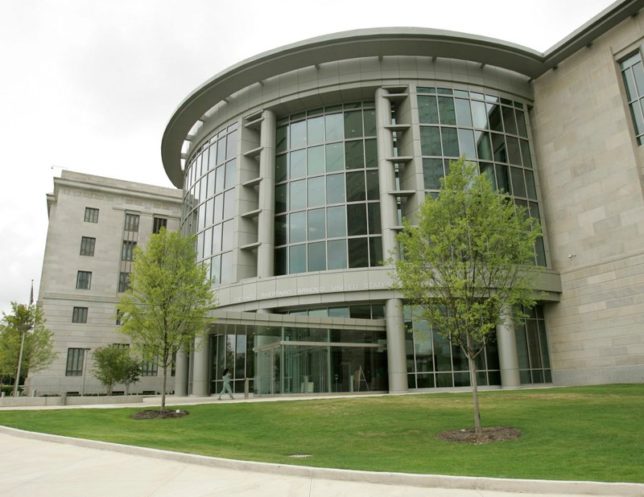 Twenty-one years ago—February 16, 1999—U.S. District Court Judge Susan Webber Wright announced to lawyers working a sexual misconduct lawsuit in her courtroom that she was considering the historically unprecedented step of citing the president of the United States for contempt of a federal court.

Days earlier President Bill Clinton had become the second president in history to avoid the supermajority vote in the U.S. Senate needed to remove him from office. The U.S. House of Representatives had earlier impeached him for perjury and obstructing justice with his testimony in the sexual misconduct lawsuit filed by former Arkansas state employee Paula Jones. Judge Wright said she had been waiting for Congress to complete its impeachment proceedings before announcing potential sanctions of her own.

The judge had been asked but refused to become a witness in the impeachment proceeding.

A comprehensive profile of former President Clinton posted at InfluenceWatch.org sets the record straight regarding the sexual misconduct case filed against him and other dramas from the turbulent Clinton administration.

Ms. Jones’ lawyers were hoping to establish whether Clinton—the governor of Arkansas when Jones worked for the state—had a history of expecting sexual liaisons with government employees such as herself. To that end Judge Wright allowed Jones’s lawyers to question the president and former White House employee Monica Lewinsky under oath about the nature of their relationship.

Initially, both denied an affair, but testimony of other witnesses, a reversal of Lewinsky’s testimony, and Lewinsky providing DNA evidence of a sexual relationship proved the existence of sexual relationship. Shortly after these incriminating revelations Clinton agreed to settle the Jones lawsuit without an admission of misconduct. The $850,000 settlement significantly exceeded her original damage request.

In April 1999, Judge Wright decided to issue the contempt citation, which stated the “record demonstrates by clear and convincing evidence that the President responded to plaintiffs’ questions by giving false, misleading and evasive answers that were designed to obstruct the judicial process.” This was judge-speak for “he lied and obstructed justice”—substantially the same charges many U.S. senators could not bring themselves to approve against Clinton a few weeks earlier.

As a contempt penalty, over and above the $850,000 settlement with Jones, Wright ordered Clinton to pay “any reasonable expenses” incurred by the Jones lawyers as a result of the false testimony. Wright also ordered Clinton to pay a personal fine of $1,202 to reimburse the court for costs of her travel to Washington, DC, to oversee the misleading presidential testimony.

Wright, ironically a former law student of Clinton, also lamented in the contempt order that she was making history: “The court takes no pleasure whatsoever in holding this nation’s President in contempt of court.”