Clinton and the Iran Pardons 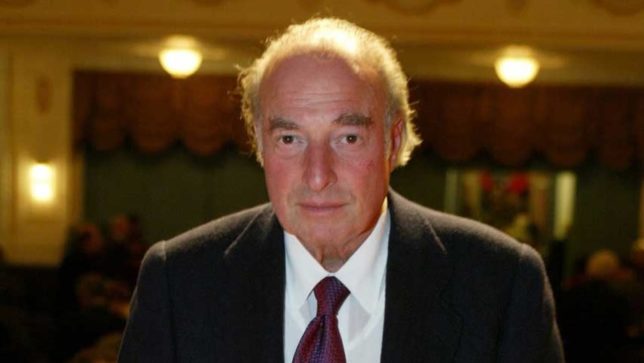 Marc Rich, the billionaire businessman on the FBI's Most Wanted list who was pardoned by President Clinton. Source: Wikipedia.
by Ken Braun

On Monday, 19 years ago—January 20, 2001—Bill Clinton woke up to his final morning as president of the United States. But before President George W. Bush was inaugurated that afternoon, Clinton worked several controversial pardons and commutations into his final day’s agenda. One went to fugitive financier Marc Rich, who was on the FBI’s Most Wanted list for—among other offenses—illegally trading with Iran during the 1979–1980 diplomatic crisis when 52 U.S. Embassy personal were held hostage in Iran for 444 days.

A comprehensive new profile of former President Clinton, which covers his controversial pardons and other events from the turbulent Clinton presidency, is posted at InfluenceWatch.org.

Rich, a billionaire businessman, was facing a potential sentence of 300 years in prison after his indictment in 1983 on charges of fraud, racketeering, and tax evasion of nearly $48 million ($124 million in 2019 dollars). In response, he and business partner Pincus Green fled the United States for Switzerland. Clinton pardoned both on January 20, 2001, a move that protected one of law enforcement’s top targets from prosecution.

The pardons were also controversial because of donations involving Rich’s ex-wife and the Clintons. According to a 2013 report from CBS News:

Rich’s ex-wife, songwriter Denise Rich, gave $201,000 in political donations to the Democratic Party in 2000 as lawyers for the fugitive financier pressed the U.S. government to drop the case. Rich’s attorneys turned to Mr. Clinton when the Justice Department refused to negotiate.

Switzerland—which had no embargo with Iran—refused to extradite Rich to the United States. Rich later told media he didn’t believe his company’s trading with Iran was a crime because it was not a U.S.-based business. Rich later renounced his U.S. citizenship. He died in 2013.

I don’t think there is any doubt that some of the factors in his pardon were attributable to his large gifts. In my opinion, that was disgraceful.

The day before pardoning Rich—the day before he left the White House—Clinton obtained his own relief from justice. According CNN, the outgoing president admitted to giving “misleading testimony under oath” while being deposed in the “sexual harassment” case filed against him by former Arkansas state employee Paula Jones—lies that led directly to his 1998 impeachment for perjury and obstruction of justice. Clinton also agreed to surrender his law license for five years. In exchange, the office of the independent counsel agreed not to prosecute him for perjury.