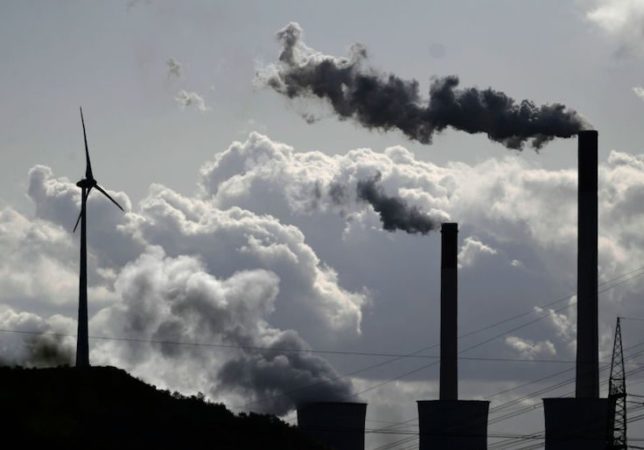 Originally appeared on the Washington Free Beacon
by Todd Shepherd

This article recently appeared in the Washington Free Beacon on October 12, 2019.

A climate change reporting website that demands transparency from energy companies and pro-market groups is itself a creation of a dark money network of left-wing foundations and donors.

The Sustainable Markets Foundation (SMF) uses what is known as a pass-through entity to fund the investigative reporting outlet Climate Investigations Center (CIC), which is regularly relied upon by outlets including the New York Times and the Los Angeles Times to report on climate issues.

The CIC’s reporting includes investigating scientists who have resisted dogmatic interpretations of various climate studies and tracking persons and organizations it perceives as discrediting government or scientific efforts on climate change.

A 2015 report from the New York Times spurred on by documents obtained by CIC homed in on a scientist at the Harvard-Smithsonian Center for Astrophysics who had argued variation in the sun’s energy was a significant contributor to climate changes. CIC tried to tie those conclusions to funding from energy groups, something the scientist denied.

While the CIC has demanded transparency from some nonprofits and others through its reporting, documents reviewed by the Washington Free Beacon show that the organization has gone to great lengths to shield its own donors from the public.

For example, because SMF is the nonprofit “fiscal sponsor” that funnels donations to CIC, the CIC does not have to register as a nonprofit on its own and therefore avoids having to file annual disclosures with the IRS.

“So the Sustainable Markets Foundation, even the name is kind of a misnomer because they’re actually not a foundation that gives money away, they’re a public charity funded by major foundations to promote environmentalist policies,” said Hayden Ludwig, an investigative researcher with the Capital Research Center, a right-leaning organization that tracks money in politics.

“It’s in the typical vein of a professional environmentalist group masquerading—I mean, the name, ‘Sustainable Markets’—masquerading as something that’s much more mainstream and moderate than it probably is based on its funders.”

Funders to SMF over the years have included the Rockefeller Family Fund, the Tides Foundation, and the TomKat Charitable Trust, a nonprofit founded by Democratic presidential candidate and environmental activist Tom Steyer, according to a compilation from the Capital Research Center’s website Influence Watch.

Many of the funders to SMF have also been key players in a collaborative effort with activists and others in a years-long campaign against Exxon Mobil, efforts which have been decidedly lacking in transparency.

The Rockefeller Family Fund was a primary organizer of a secret meeting in January 2016 aimed at building a coalition of activists to “delegitimize [Exxon Mobil] as a political actor,” and “drive divestment from Exxon.”

A copy of the meeting’s agenda, first published by the Free Beacon, showed that CIC founder and director Kert Davies was invited and presumed to be attending, along with John Passacantando, a former Greenpeace director who formed Our New Economy, the LLC organization that serves as the pass-through entity funneling the money from SMF to CIC.

The Rockefeller Family Fund defended the meeting to the Wall Street Journal.

“It’s about helping the larger public understand the urgencies of finding climate solutions,” Lee Wasserman, director of the Rockefeller Family Fund, said at the time. “It’s not really about Exxon.”

Even as layers of opacity may obscure CIC’s funding, the reporting outlet has doggedly demanded transparency from energy companies and free market think tanks.

It has lauded subpoenas demanding that organizations that differ from it ideologically disclose funding sources.

In 2016, for example, as the New York attorney general’s office was spearheading an investigation into Exxon, the attorney general of the Virgin Islands played a supporting role by issuing a subpoena to the Competitive Enterprise Institute, a free market think tank in Washington, D.C., demanding donor and research records.

CIC cheered the developments in a New York Times story.

“The reason CEI is so up in arms about these subpoenas is their fear of revealing their dirty laundry,” CIC’s Davies told the paper.

The same story omitted any mention of CIC’s own funding.

Phone calls and emails attempting to contact individuals with SMF, CIC, and Our New Economy were ignored.

SMF is the nonprofit that collects the money from donors, then passes that on to Our New Economy, the parent entity of CIC. How the pass-through is set up also reveals information, according to Ludwig.

“If CIC is really an investigations group, then you think they’d be OK with being a nonprofit,” Ludwig said. “So going through the LLC shows me that they’re really intent on hiding their money lest they come under fire from the press.”