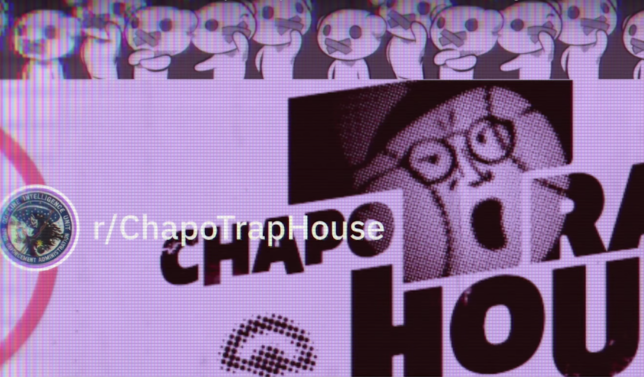 On August 6th, CRC’s Dangerous Documentaries released a short film on the popular radical socialist Chapo Trap House podcast and their online community of fans, who regularly engage in harassment and the promotion of violence. Shortly after the film’s release, their community on the highly trafficked social media site Reddit attempted to hide the film and harass those interested in it, in violation of Reddit’s policies. After the incident, the Chapo Trap House community was “quarantined,” a long called for step that severely limits their fans’ ability to harass users and violate the site’s rules.

The third episode in our “Architects of Woke” series, Chapo Trap House & the Marxist Vanguards for Alienated Millennials highlighted a number of examples of r/ChapoTrapHouse users’ support for violence, including comments such as “Antifa didn’t kill anyone last year?!? Now I’m upset,” “beating up fascists is cool and good,” and “God bless cop killers…” All of those comments were “upvoted” by the community, meaning users helped make them more visible and signaled support for the statements.

CRC posted the film to a number of “subreddits” (topic-focused Reddit communities) including r/Conservative, leading r/ChapoTrapHouse users to take notice. Through a post on r/ChapoTrapHouse, users “brigaded” the r/Conservative post, meaning Chapo fans flooded in to “downvote” it—which diminishes the visibility of the post—and left harassing comments. Since it leads to vote manipulation, brigading violates Reddit’s sitewide rules. r/Conservative’s moderators banned a number of r/ChapoTrapHouse’s users from its forum, but ultimately the Chapo fans succeeded in downvoting the post as low as the site allows.

Shortly after this incident, Reddit quarantined the subreddit. Quarantining a subreddit is considered a major action. When Reddit quarantined r/The_Donald—the internet’s largest pro-Trump community—USA Today, Vox, Vice, Slate, and others gave it extensive coverage. As Reddit describes, “quarantined communities will display a warning that requires users to explicitly opt-in to viewing the content. They generate no revenue, do not appear in non-subscription-based feeds (eg Popular), and are not included in search or recommendations.” 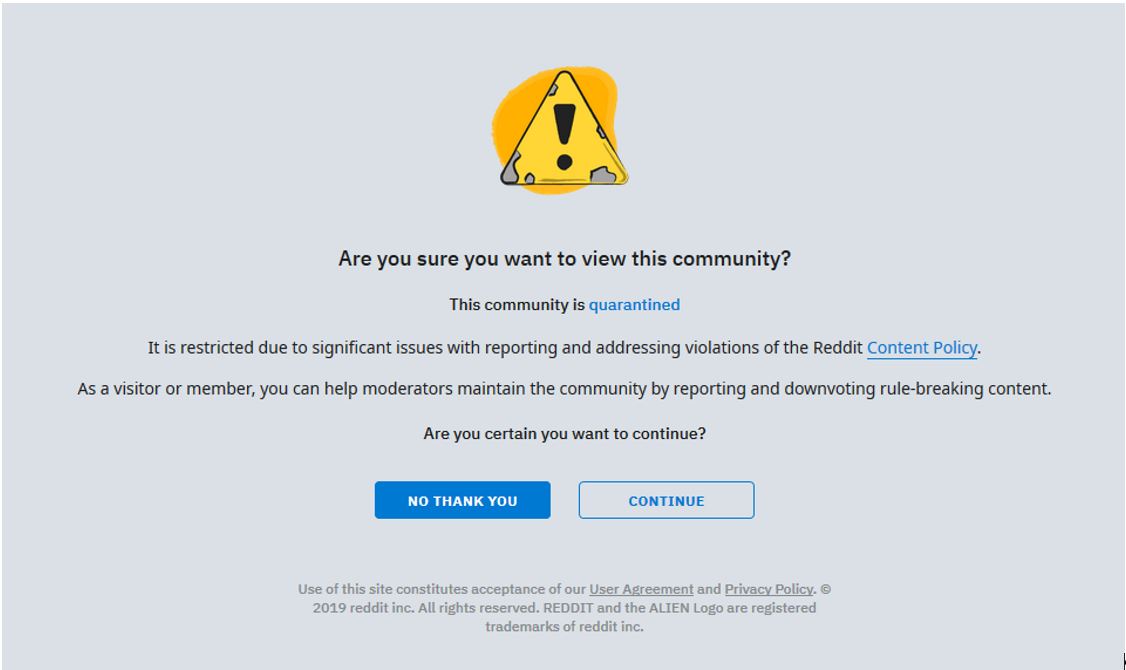 The user who led the brigade against our film attributed the quarantine to his violation, though Reddit’s administrators explained that they “observed repeated rule-breaking behavior.” The post leading the brigade was removed shortly after. 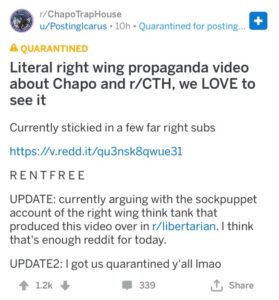