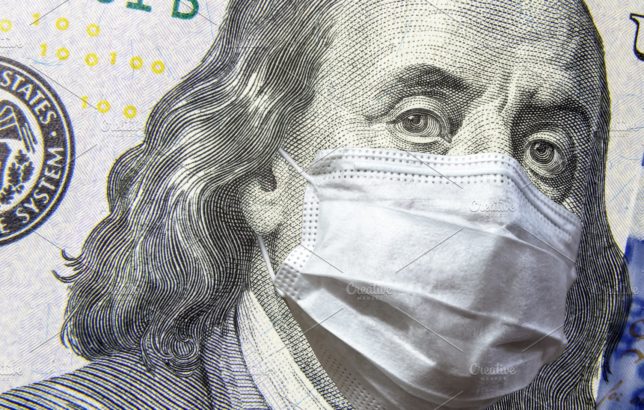 It seems wherever you go on the left, you can find a hot take about how free market capitalism is endangering the world at a time when we need unprecedented wartime-like planning and coordination.

The Atlantic published a think piece arguing “There Are No Libertarians In An Epidemic.” Mic.com joined in with a similar message, and the further-left Jacobin Magazine and The Nation both argued that now more than ever we need to socialize medicine. And of course such takes abound in exponential amounts on social media.

This is hardly just an American problem. The South China Morning Post, a Hong Kong newspaper that has been regularly accused of being a mouthpiece for the Communist Party of China—since its purchase by Alibaba Group and Jack Ma, a member of the party—published a letter attacking “the laissez-faire approach to the economy” for supply shortages along with a whole host of social ills and asking the government to “step in.”

The truth is just the opposite. In China, America, and nations around the globe, catastrophic government failures have allowed this virus to become a crisis, and it’s businesses that are successfully stepping up to save lives.

President Trump brought attention to many such cases in a news conference.

United Technologies donated 90,000 pieces of personal protective equipment to FEMA. MyPillow is converting its call centers to help with the pandemic and is converting 75 percent of its manufacturing to producing facemasks.

Much of the left—rather than appreciating this—has instead expressed concern about the company’s CEO discussing his religious beliefs at the podium. Right or wrong, that’s not the story here.

Additionally, Facebook is donating 720,000 N95 masks, Goldman Sachs 600,000 and Apple 10 million. Meanwhile, the federal government had 1.5 million of them sitting in a warehouse, incapable of figuring out how to release them in a timely manner.

Similar stories are occurring around the world. In the United Kingdom, vacuum tycoon James Dyson designed an entirely new ventilator and is manufacturing 15,000 of them. In Japan, Sharp has converted TV factories to produce surgical masks. Foxconn the same in China.

While the Centers for Disease Control and Prevention was producing defective test kits (and in insufficient numbers), private companies like LabCorp and Quest Diagnostics stepped up to develop and rush to market functional test kits. That’s according to reporting from The New York Times.

It was also The New York Times that broke the appalling story of how early on in the international spread of coronavirus, the government prevented doctors in Washington state, funded by the private Bill & Melinda Gates Foundation, from testing samples from people suffering flu symptoms to determine if they were positive for COVID-19.

Both the state and federal governments refused to provide approval for weeks; when out of ethics concerns the doctors began testing the samples illegally, they discovered a case in a local teenager, but by then he’d already had far too much time unquarantined and was likely infecting others.

The teenager’s school shut down, but even then the state government told the doctors to “stop testing.” They went to the FDA to get their test approved, but the FDA told them approval wasn’t possible because the lab wasn’t certified under CMS regulations.

After an “extraordinary and rare” plea was made to the FDA commissioner, he responded that they must still submit the tests for emergency authorization. But even the emergency process takes far too long, with one doctor complaining “this virus is faster than the FDA” as he was asked to mail documents to the FDA instead of email.

If the government had acted differently, many lives might have been saved. That was true in China too, where a doctor noticed early cases of COVID-19 and feared an epidemic. He tried to get the word out, but the police accused him of “making false comments” and disturbing the “social order.” That doctor has since died of COVID-19.

Where our government has stepped in to take positive action, they’ve often failed miserably. The federal coronavirus bill provided $25 million to keep the Kennedy Center operational, yet even with that massive amount they’ve laid off staff, leading lawmakers to try to claw back the subsidy.

In New York, the state government is experimenting with exactly what DeBlasio wanted: nationalizing the production of hand sanitizer. Gov. Andrew Cuomo claims they can produce it cheaper than private enterprise. How is that possible? Modern slave labor. They’re paying prisoners 16 cents an hour to produce the product.

The most successful government interventions to help in this crisis seem to have been getting out of the way.

Americans for Tax Reform has logged more than 250 regulations that have been waived to help with the crisis, many of which it’s baffling why they ever existed. That includes waiving regulations that prevented the development of telemedicine, now more necessary than ever.

This freeing of enterprise to fight in this crisis is a clear story of the success of capitalism. And none of the above even mentioned the everyday examples we take for granted of how capitalism has made living in this time possible.

We have Amazon, Postmates, and more making it possible to survive without needing to go out. We have the internet and phones allowing us to stay connected with our friends and family. We have computer technologies allowing many of us to continue our employment remotely. Imagine how much worse the unemployment crisis would be without capitalism!

To pick this time of all times to say the free markets is failing us is sheer lunacy.

This article first appeared in InsideSources on April 30, 2020.