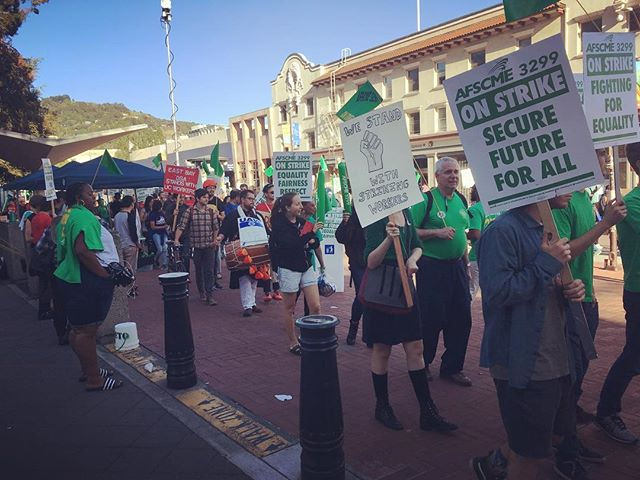 “This is a huge win for government employees,” said Capital Research Center president Scott Walter. “Regardless of an individual’s employer, all Americans should be afforded the right to choose whether or not to contribute their hard-earned money to a political cause. By ending this unconstitutional—and frankly UnAmerican—practice by American Federation of State, County and Municipal Employees (AFSCME), the U.S. Supreme Court has reinforced the First Amendment rights of government workers.”

The 5-4 decision prevents unions from collecting mandatory agency fees from government employees who opt out of union membership. Going forward, unions must have affirmative consent from employees to collect such fees. Until now, in the 22 states lacking a right-to-work law, it has been legal for unions to extort money from employees even if they don’t wish to be represented by a union. Unions claim that these fees combat a supposed “free rider” problem of non-union employees receiving the benefits of union-negotiated collective bargaining agreements; what the unions fail to disclose is that unions themselves demand the monopoly power to bargain for non-members and members alike.

And while government worker unions claim that they separate out funds used for political advocacy and employee representation, in practice they do not and in truth they cannot. AFSCME declared its 2016 national convention entirely chargeable to nonmembers, meaning they were forced to subsidize advocacy on infrastructure spending, tax policy, gun control, and a number of other policy issues. That also implies they were forced to subsidize the union convention’s “AFSCME FOR HILLARY” rally and advocacy against Republican public officeholders.

Even if that open partisanship could be excluded from mandatory fees, all decisions in government employment affect public policy, from the level of public expenditure to the accountability and responsiveness of the government to taxpayers. “There is nothing non-political about negotiating with the government,” added CRC Research Director Michael Watson. “The Supreme Court was correct to recognize this plain and obvious fact.”

The Capital Research Center is a 501 (c)(3) nonprofit organization. As America’s investigative think tank, CRC connects the dots between the philanthropic sector and the organizations that influence public policy. We receive no government funding and rely entirely on the support of individual donors and charitable foundations.