CAIR’s New “Islamophobia” Report: A Partnership with the SPLC 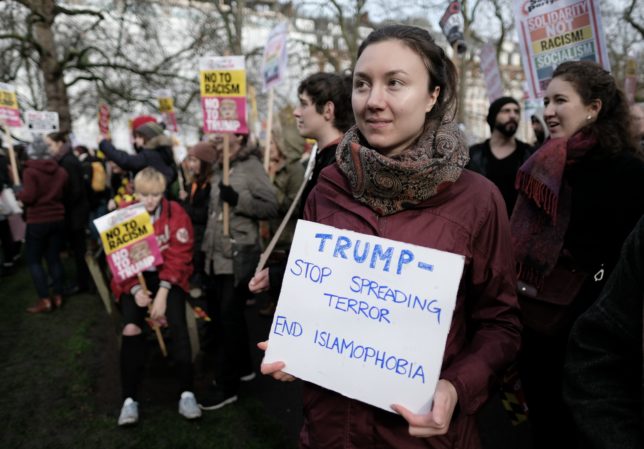 “Islamophobia” is the latest in a long list of contrived “phobias” invented by the Left and its Muslim allies to continue the progressive movement’s long tradition of shaming and vilifying its critics. It is an intellectually dishonest response to legitimate criticism that has reduced political discourse to shrill name-calling without substantive debate or justification.

The Council on American-Islamic Relations (CAIR) recent report, “Hijacked by Hate: American Philanthropy and the Islamophobia Network” is a case in point. The report, released in April 2019, claims that “traditional American charities, foundations, and philanthropic institutions are being used to anonymize and funnel money from powerful donors to the Islamophobia Network.”

The existence of an “Islamophobia Network” is dubious on its face, but the report goes on to argue that “Islamophobia” is  a $1.5 billion enterprise that needs to be stopped with education, auditing, and implementing policies to halt the funding of certain nonprofit groups that CAIR deems to be “Islamophobic.”

Here’s the problem. Islam’s critics are dedicated to principle and acknowledging the facts before them. Hard questions about Islam’s treatment of women, approach to free expression, and tendency to inspire Islamic terrorism deserve thoughtful and rational responses.

Instead of grappling with these uncomfortable questions, Islam’s apologists cry foul and accuse their critics of “Islamophobia” without addressing good-faith concerns about human rights, national sovereignty, or religious tolerance. Many groups on the Left make this tired and predictable retreat to name calling.

The Southern Poverty Law Center made millions off this rhetorical maneuver, so it’s no surprise that it helped CAIR produce “Hijacked by Hate.”

One of the report’s main authors is Heidi Beirich, current director of the Southern Poverty Law Center’s Intelligence Project and is responsible for the SPLC’s “Hatewatch” blog, which peddles in rhetoric hostile to conservative Christians and the First Amendment writ large.

Respected scholars and advocates including Ayaan Hirsi Ali, Charles Murray, and others have had their work smeared because of their critiques of Islam and Middle East theocracies. Maajid Nawaz, founder and director of the Quilliam Institute, obtained a $3.4 million settlement against the SPLC for calling him an “anti-Muslim extremist,” while he is actually known for arguing that “Islam is a religion of peace.” He also claims that extremists have hijacked the religion—the same thing groups like CAIR claim.

Individuals on the hate list are listed casually with skinheads, neo-Nazis, and similar groups in an attempt to discredit their work. And they aren’t alone. Adjacent to the “Hatewatch blog” is the SPLC’s Hate Map, which plots “hate groups” on a map of the United States.

Despite being widely discredited, the SPLC continues to enjoy a privileged position in the media, which regularly treats the organization as the national expert on hate and extremism. This influence has been very destructive to targeted groups and individuals.

Domestic terrorists have attempted to murder group members and even U.S. Congressmen listed among the SPLC’s dubious resources. The Family Research Council is a mainstream Christian conservative group that is still listed as a hate group by the SPLC, even after homosexual activist Floyd Corkins shot a security guard at the Council’s headquarters in Washington, D.C. When answering questions after being taken into custody by police, Corkins, who had intended to murder as many FRC employees as he could, and smear their faces with Chic-Fil-A sandwiches, indicated that he used the SPLC as a resource before planning his attack..

The 2017 Congressional baseball team shooter, James T. Hodgkinson, died before he could be questioned, but he followed the Law Center on Facebook. The SPLC gave cursory coverage to the incident saying only that Hodgkinson was “consumed by anti-Trump anger,” and failed to address the Center’s possible role in radicalizing the shooter.

The SPLC manipulates data to deliberately misinform, misdirect, and foment fear.  “Highjacked by Hate” is no different.

The whole report is a phony construct, designed to simply advance and legitimize the use of the word “Islamophobia,” and further demonize groups and individuals critical of CAIR with the ultimate goal of silencing those who oppose CAIR’s subversive agenda.

In the next installment of CRC’s examination of CAIR’s new Islamophobia report, learn how CAIR and the SPLC teamed up to change the conversation about “Islamophobia.”