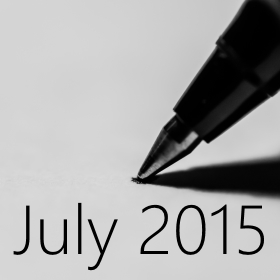 ACORN’s successor group in Missouri has been paying protesters $5,000 a month to generate civil unrest in Ferguson, the troubled St. Louis suburb where black youth Michael Brown was killed by a white police officer last August. We know this because some of the protesters haven’t been paid, and now they are demanding their promised reward. They held a sit-in at the offices of Missourians Organizing for Reform and Empowerment (MORE) and posted a demand letter online. MORE and other groups supporting the Black Lives Matter movement have received at least $33 million from radical America-hating financier George Soros, the Washington Times calculates. MORE is the rebranded Missouri branch of the former ACORN (Association of Community Organizations for Reform Now), which filed for bankruptcy in late 2010.

Former President Bill Clinton, who is known for his slippery use of language, says he will no longer give paid speeches if his wife is elected U.S. president. But he vowed to “continue to give speeches without compensation if Hillary Clinton, the front-runner for the 2016 Democratic presidential nomination, enters the White House.” Commentator Daniel Greenfield notes that “Bill Clinton hasn’t firmly stated that he would stop. His definition of ‘compensation’ might still include money donated” to the Bill, Hillary and Chelsea Clinton Foundation. “So like everything he says, this is meaningless,” Greenfield adds. “Furthermore paid speeches are a means of providing huge sums of money to the people whom they expect will be shortly running the country. Once they are running the country, then the donors cash in.”

The Islamic State (a.k.a. ISIS, ISIL) is urging its supporters to assassinate outspoken conservative Pamela Geller of the American Freedom Defense Initiative for organizing the “Muhammad Art Exhibit and Cartoon Contest,” in Garland, Texas in May. Geller’s home address in New York City was published on Twitter last month by a user believed to be “a British Islamic State jihadist kingpin,” reports the International Business Times. Depicting the Muslim prophet Muhammad is strictly forbidden in Islam. Two gun-toting Islamic militants showed up at the cartoon contest hoping to cause mayhem but were gunned down during a shootout with a police officer. In May, Islamic State claimed to have 71 fighters in 15 different U.S. states.

Though many have declared the Occupy Wall Street movement a failure, it won a major propaganda victory when it forced the phony political issue of “income inequality” into the national political debate, one of its leaders writes in the Atlantic. Michael Levitin, a co-founder of The Occupied Wall Street Journal, writes that “Occupy’s chief accomplishment was changing the national conversation by giving Americans a new language—the 99 percent and the 1 percent—to frame the dual crises of income inequality and the corrupting influence of money in politics.” Indeed it’s difficult to turn on talk radio without hearing the phrase “the 1 percent”—even among conservatives. Sen. Ted Cruz (R-Texas) said earlier this year that “the top 1 percent earn a higher share of our income nationally than any year since 1928,” and Sen. Marco Rubio (R-Fla.), proposed attacking the problem by modifying the earned-income tax credit (EITC), which is a subsidy for low-wage earners.

After two decades of falling crime rates nationwide, rising levels of intense cop-hatred across America appear to be contributing to a spike in violent crime in major cities, according to Heather Mac Donald, a senior fellow at the Manhattan Institute. The “most plausible explanation of the current surge in lawlessness is the intense agitation against American police departments over the past nine months,” she writes in a Wall Street Journal op-ed. “Gun violence in particular is spiraling upward in cities across America,” Mac Donald contends. For example, in Baltimore it is up more than 60 percent compared with this time last year, and this May was the most violent month the city has experienced in 15 years. The never-ending drumbeat against the police has caused what St. Louis, Mo., police chief Sam Dotson calls the “Ferguson effect.” A backlash is in progress. Police officers are laying off of discretionary enforcement activity and the “criminal element is feeling empowered,” Dotson explained.