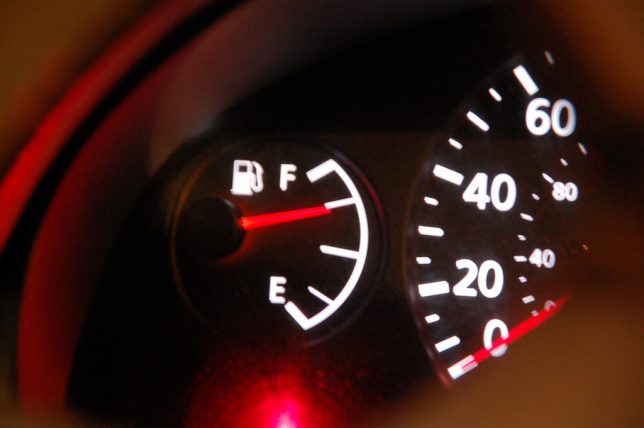 The Trump administration’s Department of Transportation (DOT) and the Environmental Protection Agency (EPA) estimate that the Safer Affordable Fuel-Efficient (SAFE) rule under consideration would “save more than $500 billion in societal costs and reduce highway fatalities by 12,700 lives” over the lifetime of vehicles through Model Year 2029.

In 2012, the Obama-era EPA drastically raised CAFE standards for passenger cars, pickup trucks, and SUVs from 35mpg by 2020 to 54.5mpg by 2025. The regulation helped drive up the cost of new automobiles to an average of $35,000, preventing many Americans from buying new vehicles and raising the average age of cars on the road to a record 11.5 years—presenting risks to drivers in older vehicles lacking modern safety features. If left alone, the Obama standards would continue to add an additional $2,340 to the average price of a new car, according to Transportation Secretary Elaine L. Chao. In contrast, Chao says that the Trump administration’s rule would save consumers money on new car purchases, and would preserve up to 1,000 lives each year in vehicle crashes by encouraging consumers to upgrade to newer, safer cars.

“Our proposal aims to strike the right regulatory balance based on the most recent information and create a 50-state solution that will enable more Americans to afford newer, safer vehicles that pollute less,” said acting EPA administrator Andrew Wheeler.

Implementing that “50-state solution” is almost certain to come into conflict with California’s statewide mileage requirements, which are stricter than the federal government’s. Under the Trump administration’s rule change, the California Air Resources Board (CARB) would lose the authority to impose its uniquely strict standards and would be required to defer to federal rules, along with all 49 other states.

The Left isn’t happy. California Gov. Jerry Brown (D) asserted that “California will fight this stupidity in every conceivable way possible,” and former Obama administration climate change staffer Jody Freeman wrote that the rule “could be the most significant setback for American progress on climate change so far under President Trump.” NBC News anchor Andrea Mitchell went further, tweeting that “in effect Trump admin has set off an environmental civil war in this country.”

Conservatives hold that the Trump administration’s rule change is for the best. According to Myron Ebell, director of the right-leaning Competitive Enterprise Institute’s Center for Energy and Environment: “Federal CAFE standards have limited consumer choice and forced consumers either to buy models that they would not otherwise buy or to put off buying new cars altogether.”

Industry experts agree. In his May testimony before Congress, Alliance of Automobile Manufacturers president Mitch Bainwol urged the administration to “incorporate California” and all other states into “One National Program” in order to avoid a “regulatory nightmare” for manufacturers, regulators, and consumers.

Dave Sargent, head of automotive research for J.D. Power and Associates, echoed Bainwol’s position: “From the automakers’ perspective, they’ll be happy not to deal with CARB. What they want more than anything is one set of rules.”

That’s understandable, considering the enormous regulatory cost that the Obama administration’s CAFE standards created for auto manufacturers. In 2017, Bainwol warned then-EPA administrator Scott Pruitt that, if left unchanged, the 2012 rule “could cause up to 1.1 million Americans to lose jobs due to lost vehicle sales.”

The Department of Transportation and Environmental Protection Agency have given the public 60 days to submit comments to the proposed rule change.