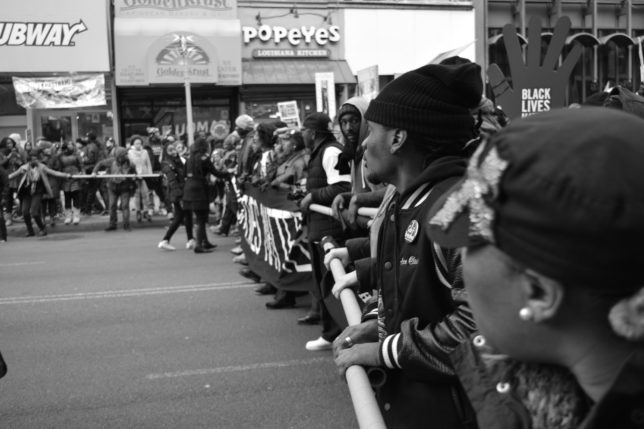 Black Lives Matter has figured prominently in recent events, so it seems fitting to point out relevant CRC research, particularly  “Black Lives Matter,” a report and a video by James Simpson published in September 2016 that trace the radical roots and history of the movement.

Read excerpts from the report:

The Black Lives Matter movement (BLM) casts itself as a spontaneous uprising born of inner-city frustration, but it is in fact the latest and most dangerous face of a web of well-funded socialist/communist organizations that have been agitating against America for decades.

BLM claims to be non-violent. According to its website (BlackLivesMatter.com), “The Black Lives Matter Network advocates for dignity, justice, and respect. . . . Black activists have raised the call for an end to violence, not an escalation of it.”

Freedom Road is comprised of dozens of groups. The radical-left model is based on building alliances of many organizations, small and large, working separate issues but dedicated ultimately to the same thing: overthrowing our society to replace it with a hardcore socialist (or communist) one.

BLM is one of many projects undertaken by Freedom Road. Except for the website, BlackLivesMatter.com, there is no actual organization. The website implicitly acknowledges this, describing #BlackLivesMatter as, “an online forum intended to build connections between Black people and our allies to fight anti-Black racism, to spark dialogue among Black people, and to facilitate the types of connections necessary to encourage social action and engagement.”