Big Tech and the Threat of “Unpersoning” 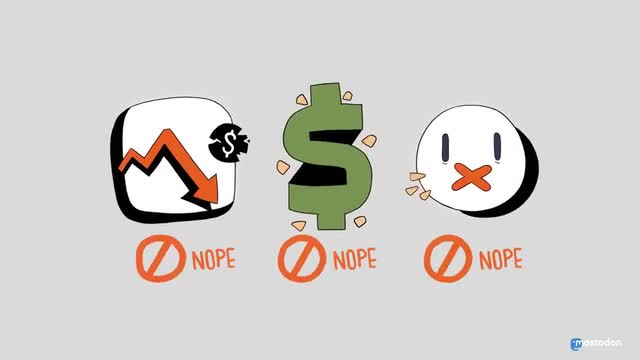 This article is the first in a CRC online symposium about the influence Silicon Valley exerts in public discourse.

There is a meme circulating on Twitter that claims, “Your Amazon Smart Refrigerator has denied you access to your groceries due to you visiting Infowars.com.” While the idea seems laughably absurd on the surface, the truth is that tech tyrants have created a precedent of “unpersoning” people for political views by cutting them off from the rest of modern society.

The major social media giants—Google, Facebook, and YouTube—all implement policies designed to ban people who are deemed too egregious to exist on their respective platforms. Using subjective policies against hateful conduct and hateful individuals, these tech giants have been regularly suppressing peoples’ ability to speak freely using their broad, vague rules. Most believe neo-Nazis, conspiracy theorists, and other clearly objectionable characters should be ostracized; however, there is now a concerning precedent that means your ability to travel, rent a room on vacation, find love, or even exchange money is now jeopardized by how strangers perceive your views and whether they choose to label you, too, as a neo-Nazi, conspiracy theorist, or any other kind of unsavory figure.

Whoever is deemed the enemy of the day, no matter if it’s a real nefarious bigot or a standard conservative who has become the new boogeyman, social media sites and tech companies are willing to take their cues from journalists and left-wing organizations to capriciously purge people off their platforms. Uber and Uber Eats’ Community Guidelines and Lyft’s “Be Nice” policy were used to ban a journalist for her tweets. Airbnb terminated accounts for holding values “antithetical to the Airbnb Community Commitment.” Dating website OKCupid asked users to report those suspected of being involved with “hate groups” so their profiles could be removed after a white supremacist was found on the dating site (of course, this begs the question of what, exactly, defines what is a hate group). Similarly, dating app Bumble partnered with the Anti-Defamation League (ADL) to police and ban any hate speech and hate symbols from its app (the hate symbol list provided by the ADL includes the “okay” hand gesture as its very first listing). After Parkland, Bumble also decided to ban users from uploading photos of themselves with guns.

The most dangerous way tech companies have tried to penalize people for their views has been by banning them from payment processing services and financial institutions. Journalist Laura Loomer—who was banned from Lyft, Uber, and Uber Eats—has also been banned by fundraising site GoFundMe, Venmo, and PayPal. After pressure from ProPublica, Pamela Geller and Robert Spencer both received notices that their relationships with PayPal were terminated due to the “nature” of their “activities.” Although PayPal’s decisions were overturned, this established a terrifying precedent towards limiting peoples’ ability to receive money because of their political views.

BuzzFeed recently revealed SumOfUs is trying to convince Mastercard to create a “human rights committee” to stop payments to right-wing activists. In the proposal, SumOfUs cites Color of Change’s Blood Money campaign. According Blood Money’s website, Mastercard has already acquiesced to some of the group’s demands. The website claims, “Over the past year, our pressure has helped push PayPal and Mastercard to remove their services from dozens of hate sites, and to create internal policies to stop profiting from bigotry.” Indeed, Patreon, a website which many people rely on to fund their journalism, said MasterCard is the reason why it had to remove Jihad Watch’s Robert Spencer’s account. Patreon, on its own, has also banned other right-wing commentary figures from raising money using its service. Other payment processors, such as Stripe and Square have also succumbed to pressure to remove people off their services.

More than just payment processing services, financial institutions are even cutting off service from conservatives without giving any explanation. An investigative report by Tim Pool revealed that right before the Proud Boys’ payment processing account was terminated by Chase Bank, Slate reporter April Glaser sent an email asking if Chase was “aware” that the Proud Boys have a shop that uses Chase Paymentech as its processor. Soon after, the Proud Boys’ chairman, Enrique Tarrio, had his personal Chase account closed. It’s not just the Proud Boys who have been affected by this move by Chase: Loomer’s Chase account was also reportedly closed, as well as the business accounts for performing artist Martina Markota and veteran Joe Biggs.

When PayPal banned Loomer from its service, it succinctly told Newsweek, “Our decision and actions are values-based, not political.” Indeed, by banning people for their wrongthink, these companies are trying to claim that some views are so morally outrageous, they have no place in society.

The line of what’s unacceptable speech and acceptable opinions continues to shift. More than a year before YouTube demonetized Steven Crowder’s account and issued a statement saying he cannot link to his own store if he sells certain merchandise, YouTube banned gun channels and prohibited people from advertising guns and gun accessories. Even before that, Twitter said it would not allow pro-life group LiveAction to advertise because of the anti-abortion content on its website and in its ad. To be clear, LiveAction is explicitly against abortion and talking about abortion is quite literally its entire focus.

While it is true that private businesses may terminate relationships with whoever they want for any legally accepted reason, the problem is that there is a frightening precedent that punishes people for believing in and expressing the “wrong” kinds of views—whatever they may be at the time—and the problem does not just extend to genuine neo-Nazis and white supremacists. Even openly supporting the Second Amendment using photos was too extreme for a dating website.

Just recently, knitting website Ravelry said it would not allow support for President Trump on its platform, as the mere act of supporting the President of the United States constitutes supporting white supremacy. That means millions of Americans who voted for the Republican candidate for president, or even just support the president, are now considered white supremacists too—just as nefarious as everyone else labeled a white supremacist. According to Michelle Malkin, this Ravelry ban has even led to a “God is love” pattern being rejected by the website for being a “homophobia dogwhistle.” Similarly, popular message board site Reddit has restricted the subreddit page “The_Donald,” perhaps the largest pro-Trump community on the internet, because of certain offensive posts. While many argue only the most extreme and radical voices are impacted by this kind of censorship, if this past behavior is any indication of future behavior, it will come for you next.