May 2021 was another month of prolific output as CRC analysts and experts covered the spectrum of issues—everything from Big Labor and the Biden administration to “Zuck bucks” and the 2020 election. We then turned that research into a host of op-eds, radio, and television appearances, furthering discussion of exactly who’s funding progressive policy.

Even as we broke new ground, such as Robert Stilson’s work on environmental activists using the courts to push their agenda, our insight on past work was also in demand. For example, Scott Walter’s appearance on Just the New TV discussing St. Louis attorney Kim Gardner and her alleged ethics violation.

Please enjoy this synopsis of what we were up to in May.

“Soros-Backed St. Louis Prosecutor May Be Disbarred for Malfeasance”
Just the News, Scott Walter (Guest), May 11, 2021

The Berger Action Fund kicked in $1 million in 2019 to an effort helmed by former US Attorney General Eric Holder to flip statehouses in 2020 in order to influence redistricting and get more Democrats elected to Congress, said Hayden Ludwig, a researcher at the Capital Research Center, a Washington, DC think tank that focuses on philanthropy. “Here’s a foreign billionaire who in his own little way, or not so little way, helps to basically unseat a sitting president and get a Democrat elected. Pretty good for a guy who can’t give to Joe Biden’s campaign legally,” Ludwig said.

Robert Stilson appeared on Rob Schmitt Tonight on Newsmax to discuss current efforts by some environmentalist, frustrated by the lack of progress on their priorities, to sidestep the political process by turning to the courts. One strategy involves harnessing the power of sympathetic state, local, and potentially federal governmental entities to extract billions of dollars in damages from Big Oil for its allegedly tortious role in bringing about climate change.

After the Centers for Disease Control and Prevention’s announcement that individuals fully vaccinated against COVID-19 do not need to wear masks in most public places, almost all jurisdictions that had not already lifted laws or emergency orders requiring masks did so. But neither the CDC nor the jurisdictions lifted the mandates everywhere. Schoolchildren, mass transportation users, and air travelers must continue to wear muzzles. And for that, we can thank Big Labor. Normally, when one refers to Big Labor muzzling people, one is referring to things like the provisions in the PRO Act that limit the speech of employers opposed to their staffs unionizing. But this time the labor-ordered muzzles are quite literal. In the cases of recalcitrant, pro-mask jurisdictions, schools, and interstate travel, the special interest group aggressively pushing continued mask mandates is organized labor.

Conventional wisdom tells us that conservatives, traditionally the partners of big money corporate donors and shadowy dark money funds, still have vast sources of wealth they use to fund their politicians and think tank networks. Liberals, by contrast, are largely grassroots organizers and activists who must constantly fight against money in politics. Besides big names like George Soros, the American left does not have a plethora of philanthropists and nonprofit networks with large financial support. Today, that conventional wisdom couldn’t be further from the truth. It is based on an outdated notion inherited from the days of Reagan and the Bushes, when conservatives and libertarians were launching numerous think tanks in the mold of the Heritage Foundation and the Cato Institute while liberals were trailing far behind in the arms race for control over the public policy research industry.

After decades of whining about the evils of privatization, the same set of leftists who once cried “eat the rich” and “abolish billionaires” in 2020 embraced a billionaire’s efforts to partially privatize American elections. Anyone paying attention to election integrity efforts following serious questions some legislators raised after the 2020 general already know his name. Facebook CEO Mark Zuckerberg poured a shocking $350 million into a nonprofit called the Center for Technology and Civic Life (CTCL), massively inflating the organization’s revenues from only $1.4 million in 2018. The “Zuck bucks” were then distributed as CTCL grants to hundreds of county and city elections officials in 47 states and the District of Columbia.

Since day one of his presidency, President Joe Biden has done the bidding of the organized labor unions that supported his candidacy and stand to gain from his policies. Among the perks Big Labor got? Senior officials in the Biden administration, most prominently ex-Laborers’ Union local president Marty Walsh as Department of Labor secretary. But placing a bunch of organized labor alumni into senior government posts caused the Biden team a problem: The administration’s ethics guidelines would prevent some of them from interfacing with the unions for which they used to work. So, as Axios reported, the administration waived the guidelines for prominent union-alum staffers such as White House “Made In America” office head Celeste Drake, late of the AFL-CIO and Directors Guild of America, and OPM Director of Intergovernmental Affairs Alethea Predeoux, late of the American Federation of Government Employees.

“Leftists in Pennsylvania Outspent Conservatives 3 to 1 in 2020”
American Conservative, Hayden Ludwig and Kevin Mooney (Op-ed), May 8, 2021

According to data from the Pennsylvania Secretary of the Commonwealth, liberal PACs spent over $7.5 million helping Democrats and opposing Republicans in the 2020 race for control of the legislature and attorney general’s office. Conservative PACs spent just $2.3 million, or less than one-third of what their liberal counterparts poured out statewide. That money was used to pay for ads on television, radio, and Facebook; for fees to political consulting firms; and for digital and direct mail marketing schemes that blanketed the state in the lead-up to the November election. 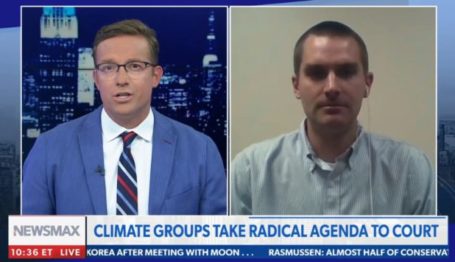 by Sarah Lee on May 5, 2021
Deception & Misdirection, Media Hits 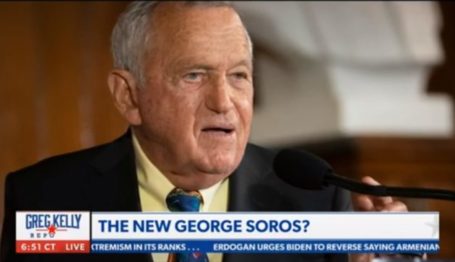 Who Is Swiss Billionaire Hansjörg Wyss?