At the University of Texas, the Left Lynches its Own

In Austin, Antifa is taking the Inquisition into its own hands. 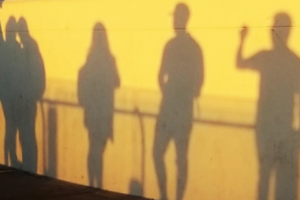 This article originally appeared in the American Spectator on April 9, 2018.

An Antifa group at the University of Texas at Austin is calling for “revolutionary violence” against assistant professor Robert L. Reece after he wrote a column running afoul of feminist dogma.

Reece checks so many politically correct boxes that he’d normally be immune from criticism. He’s a young black sociologist from a poor community in Mississippi cotton country, deeply involved in issues of intense interest to the Left. He writes for a publication of the race-obsessed, far-left Southern Poverty Law Center. His academic research“revolves around the question ‘What is race?’ as well as inquiries into the historical origins of racial inequality, colorism/skin tone stratification, and racial fluidity.”

Reece’s problems began when he wrote a March 20 article for Vox, “How men are adjusting to the #MeToo era: ‘This is going to take a really long time.’” The piece is subtitled, “Men discuss the gray areas of intimate encounters.”

Reece discusses his course “Masculinities in America,” in which “topics like trans men, female masculinity, men’s place in feminist discourse, and, finally, sexual violence, assault, and consent” are discussed. Clearly, Reece promotes feminism. Yet he isn’t radical enough for some.

Reece explained that one of his newly enlightened male students, after an introduction to the reigning campus orthodoxies that treat any sexual encounter without affirmatively expressed consent throughout the event as tantamount to rape, told the professor that “the topic was difficult to grapple with” and that he “struggled to reconcile past encounters with his new knowledge of consent and coercion.”

Reece wrote, “I told him I understood how distressing it could be to recall those experiences but stressed the importance of sitting with the discomfort and learning from it. I suggested he visit the counseling center, although I’m unsure if he ever did.”

But Reece’s failure to report his student to campus authorities earned the ire of a local campus Antifa group, the Revolutionary Student Front–Austin, which claims the academic is “a serial rapist, abuser, and gaslighter.”

In a March 26 Facebook post, the RSF, whose logo contains the hammer and sickle communist symbol, states that “Reece’s only solution” after “a male student who, through this course, realized he had not been obtaining consent in all of his sexual encounters,” was “to briefly counsel him over email and suggest — not enforce — campus counseling.”

Reminiscent of The Trial, by Franz Kafka, the RSF argues Reece’s failure to report his newly guilt-ridden student makes the professor a rape facilitator:

We find this to be direct proof that Reece is an active threat to students on campus. Through his course, he is uniquely able to identify potential rapists, yet he does nothing to stop them — and worse, he shows them his sympathy as a fellow misogynist and abuser.

What’s more, Reece is dating, the group states. Female students say “Reece has appeared on Tinder for them,” the RSF states, claiming that his listing on a dating app “is in direct conflict with the rules of UT which do not allow professors to date undergraduates.”

Complicating matters further for Reece, podcaster Jazmine M. Walker, a former college girlfriend, claimed after the Vox essay was published that Reece “coerced her into an unwanted sex act” six years ago, according to a note Vox attached to the essay on March 27. After his piece went online, Reece tweeted, “I’ve been coercive before, specifically with my ex about ten years ago.” Reece does not appear to have criminal charges pending against him.

The RSF isn’t interested in allowing the wheels of justice to turn. The group put up posters featuring inflammatory prose and a large close-up photo of Reece encouraging students to stalk and harass him.

“Let Reece know the student body is watching him” by emailing, calling, or visiting him in his office, the poster exhorts.

The RSF urges a “burning bed” approach towards Reece and others. “Change is not elusive to us,” says their Facebook feed. “Reactionary violence, like rape and domestic violence and torture, can only be responded to with revolutionary violence.…We must reclaim violence so that every abuser may never again know peace inside their own homes and their jobs.”

Forgive the capitalist expression, but the RSF–Austin, puts its money where its mouth is. Last month the group vandalized a campus war memorial to mark International Women’s Day.

“The blood of women & all survivors flow from the fountains of UT,” the RSF tweeted at the time. “This is the blood of survivors that UT ignores,” the RSF spray-painted in large, red letters on Littlefield Fountain. The group added a hammer and sickle to the text.