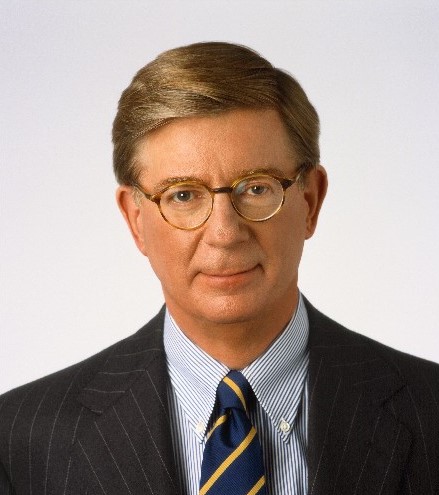 George Will spoke today at the Cato Institute upon the event of the publication of his new book, One Man’s America. He said that when people read the book-at a time when there is much discussion about what constitutes conservatism-he hopes they can say: “Well there is a conservative sensibility; one conservative’s mind playing on a wide range of reality.” This is particularly pertinent because the Republican presidential candidate fails to elucidate and project such a conservative sensibility. John McCain, like Barack Obama, is a candidate of persona more that ideology; honor, experience and patriotism versus change, hope and conviviality. Of Barack Obama, Will quipped, “The rhetorical cotton candy, although fun to eat, is not nourishing.” Obama’s most prominent characteristic is his exceeding confidence “about the ability of good intentions, filtered through government, to produce good works.” John McCain is also convinced of that. For him the problem is that the wrong men, dishonorable men, have been operating the levers of government, not that the ballooning size of the federal bureaucracy is itself the rub. “In that sense, the difference between Obama and McCain is not as broad as one would wish.”

At a time when personal responsibility, thrift and self-sufficiency-the stern virtues that are a prerequisite for democratic capitalism-are eroding in the face of the metastasizing entitlement mentality, Will offers an alternative. When JFK said ‘Ask not what your country can do for you, but what you can do for your country’ one sensible response is to “reserve a spacious portion of your own life for which you, not your country, are responsible.”

That spirit, and the policies that flow from it, is what Capital Research Center promotes.