Dark money outfits such as Arabella Advisors take advantage of Facebook’s vague rules to bolster the brand images of their front groups. These front groups emulate grassroots movements, though they are well-funded and organized by the political Left—a fact that Facebook allows Arabella to hide from users. Arabella-controlled front groups include Demand Justice, which opposes the appointment of conservative judges; All Above All, which pushes government-funded abortion; and hundreds of other groups.

After the “unprecedented” Russian election interference in 2016, Facebook instituted new transparency rules for ads about political and social issues. Its goal was to prevent another situation where political actors could mislead users about an ad’s source. Two major changes were the Facebook Ads Library and the “paid for by” section. The Ads Library allows anyone to see which ads are associated with a page and how much that account has paid for the ads. “Ads About Social Issues, Elections or Politics” are now required to run with a “paid for by” disclaimer.

In August, Facebook hit the Epoch Times with a lifetime advertising ban. This was reportedly for using digital marketing firms to run ads. The “paid for by” section showed the ad firms’ names instead of the Epoch Times’ name. Yet Arabella Advisors’ fronts ran ads that do not mention the controlling nonprofit in the “paid for by” section. Worse still, Facebook validates many of those front groups’ accounts by providing “blue checkmark verification.” 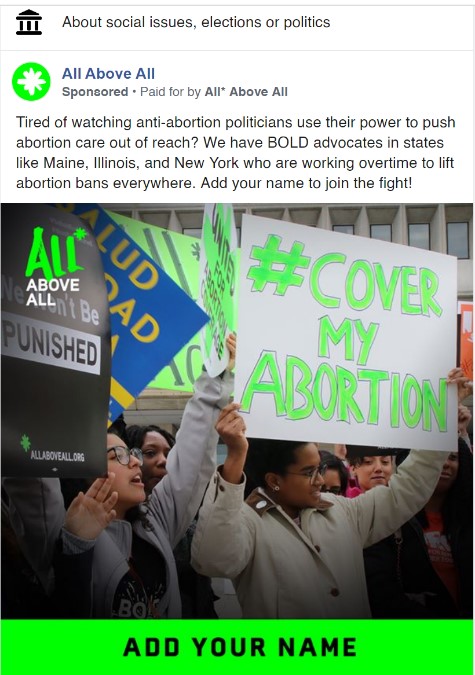 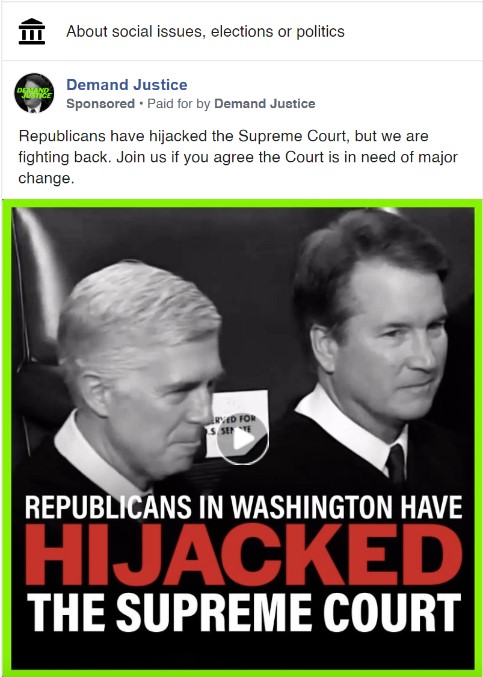 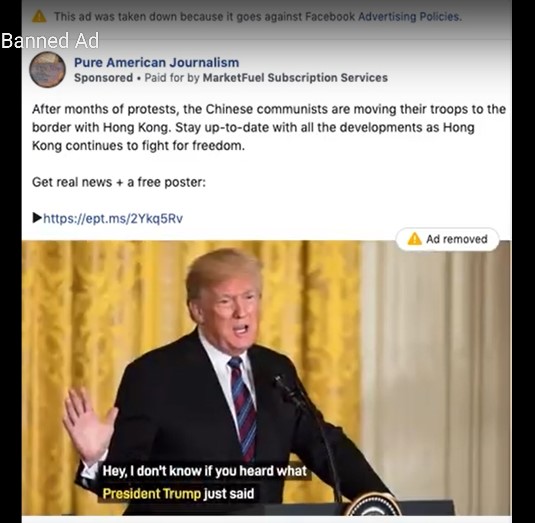 Arabella Advisors is a for-profit consulting firm with four in-house nonprofits. Those nonprofits in turn have some 340 front groups. This method protects the donors from scrutiny since the tax forms would show the initial donation but not the causes to which the money went. Arabella Advisors specializes in front groups that can “appear overnight, attack conservative groups, then disappear.”

Unlike Arabella hiding its connection to its front groups, the Epoch Times was clearly linked to its firms’ ads, either explicitly in the ads’ content or in the linked content. This shows the hypocrisy of the ban. The conservative news source was honest about its connection to some $2 million in ads, and it was banned. Arabella’s fronts hid their controller and were able to run $4 million in ads. The current system favors Arabella’s deception over the Epoch Times’ transparency.

The Arabella Advisors network has spent $3,987,946 in “dark money” on 47 separate Facebook pages, (the amount also includes $48,373 from Arabella front The Newsroom’s network). Each of the 47 front groups was made to look independent, although one front did point to its controlling nonprofit in a small portion of its ads. For context, Bernie 2020 had spent $4,132,340 for ads on Bernie Sanders’ Facebook page as of November 22, 2019.

The Capital Research Center reached out to Facebook for comment on its rules for nonprofit ad purchases. Facebook explained that it allows organizations to create multiple Facebook pages and set up each page to run advertisements under its own disclaimer. Who actually pays for the ad appears to have little to no relevance in the “paid for by” section.

In January 2020, Facebook will change its political and social issue ad policies. To address concerns, Facebook will be “adding more information about who is behind a Page, including a new ‘Organizations That Manage This Page’ tab that will feature the Page’s ‘Confirmed Page Owner,’ including the organization’s legal name and verified city, phone number or website” in its Ads Library.

While adding the legal name of an organization is a step in the right direction, Arabella’s compliance with this rule remains to be seen, as will how Facebook displays this new information. No page that runs political and social ads should be able to hide that information if Facebook truly wants transparency.

An average Facebook user will assume the “paid for by” section is completely honest, but that is not always the case. Under Facebook’s vague rules, one organization can create ad accounts for multiple pages but hide the real source of those ads. Even worse, Facebook touts its transparency, but has allowed hiding information that would allow discovery of the real sources. Facebook’s ad transparency rules have made it harder for the average person to spot fake political movements. And Facebook has treated the left-wing Arabella Advisors and the right-of-center Epoch Times with a double standard.