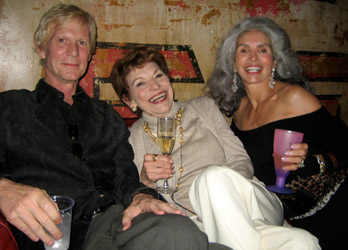 We found a fun little photo (above) of Dale Rathke out on the town in New Orleans last year while his brother, ACORN founder Wade Rathke and senior ACORN officials such as national president Maude Hurd were busy covering up the close to $1 million that Dale stole from ACORN.

Earlier this year the story about Dale stealing money from ACORN broke. He embezzled the money from ACORN in 2000 and the coverup lasted until this year. Incredibly, ACORN allowed Dale to repay the money over time pursuant to a repayment schedule. At one point Drummond Pike of the Tides Foundation rushed in to buy up the debt that the Rathke family had been paying down.

It’s good to have rich friends, isn’t it? By the way, George Soros’s Open Society Institute funds ACORN, as does the Bill & Melinda Gates Foundation. So does the Robin Hood Foundation on whose board NBC newsman Tom Brokaw sits.

For more on the unfolding scandal(s) at ACORN, see the November edition of Foundation Watch.