350.org Radicals Behind the “Stop the Money Pipeline” Campaign 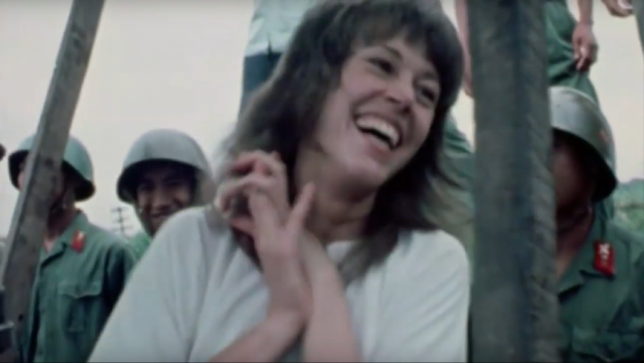 “Stop the Money Pipeline,” a radical new campaign targeting companies that lend to the oil and gas industry, isn’t what it seems. Far from a coalition of like-minded environmentalists, the campaign is a front for the uncompromising leftists at 350.org—just check its privacy policy, which redirects to 350’s website.

Radical activism is par for the course for 350, which gets its name from its goal: reducing the carbon dioxide concentration to below 350 parts per million. (Earth is currently around 410 ppm.) The group co-organized multiple People’s Climate Marches in Washington, DC, and many of its activists have been arrested in anti-oil protests over the years.

350’s control of the campaign matters as the far-Left tries to thrust its extreme global warming agenda on a handful of banks and investment management firms that lend to and insure oil and natural gas companies. “Money is the oxygen on which the climate crisis burns,” one supporter put it, so Stop the Money Pipeline is taking aim at the source: the creditors.

Just listen to them: “Money is the only language that the fossil fuel industry speaks,” one activist told the media. “Climate chaos is already decimating the world,” another claimed, blaming “Wall Street banks and insurance companies” for helping to “destroy local communities and our environment.” Still another falsely blamed Australia’s wildfires—a result of cutting back on controlled burns in a hot climate—on “fossil fuel producers” and the banks that lend to them.

These aren’t concerned citizens interested in science; they’re fanatics with an axe to grind. On Monday, nearly 150 protesters with the campaign were arrested in Washington, DC, after invading a JPMorgan Chase branch on Capitol Hill in an effort to shut it down. The protesters are also targeting Liberty Mutual Group.

Representing Hollywood in the DC protest were Tinseltown climate experts Joaquin Phoenix, Martin Sheen, and Jane Fonda, commonly known as “Hanoi Jane” after she was photographed with a North Vietnamese anti-aircraft gun crew in Communist-held Hanoi in 1972 during the Vietnam War. She’s been arrested at least twice in environmental protests since October.

Leading the charge was 350 founder Bill McKibben, one of the fathers of the anti–global warming  movement. His 1989 book The End of Nature has been called “the godfather” of climate books, while McKibben himself is credited with popularizing the theory of catastrophic man-made climate change. He’s also a big fan of the socialist Green New Deal, calling it an opportunity to “remake not just a broken planet, but a broken society.”

Unfortunately for Americans, 350’s pressure campaign seems to be working.

On Tuesday, its biggest target—the $7 trillion asset management firm BlackRock—announced that it was altering company policy to make future investment decisions “with environmental sustainability as a core goal.” That apparently includes withdrawing investments in the coal industry, deemed a “high sustainability-related risk.”

That may or may not be corporate “greenwashing”—a dab of green paint to mollify the eco-mob—but it’s surely a scalp for the far-Left, which is bent on ridding America of cheap and abundant energy.

Big Business should be wary of caving to the demands of environmentalists, who loathe capitalism as much as they hate fossil fuels. Appeasement only emboldens the enemy.