You are at the Forefront of Progressive National Policy 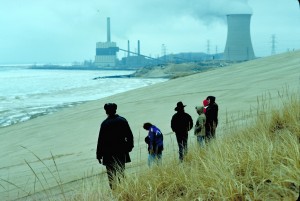 If you think that the Environmental Protection Agency is an agency dedicated to protecting the environment, think again. As revealed in secret e-mails and in a report by congressional investigators, the EPA has a “bedfellow” relationship with environmentalists—including billionaires and Hollywood extremists—and the focus of EPA bureaucrats is on the ideological goals they all share.

The Environmental Protection Agency is so closely aligned with environmentalist groups such as the Natural Resources Defense Council that “green” groups in recent years could almost be considered a branch of government. To the three Constitutional branches of government—the executive branch, the legislative branch, and the judicial branch—one might add the bureaucratic-activist branch.

The two sides of the bureaucratic-activist branch have a revolving-door relationship, with leaders passing back and forth between the bureaucracy and the activist organizations. To a great degree, the policies put forth by government agencies are created by activists. In turn, agencies provide taxpayer funding to the activists. Often, activists sue government officials to put certain policies in effect, and the government officials don’t put up a meaningful defense because they share the agenda of the activists—often their friends and once-and-future colleagues—who are suing them. [Click here for the full story]