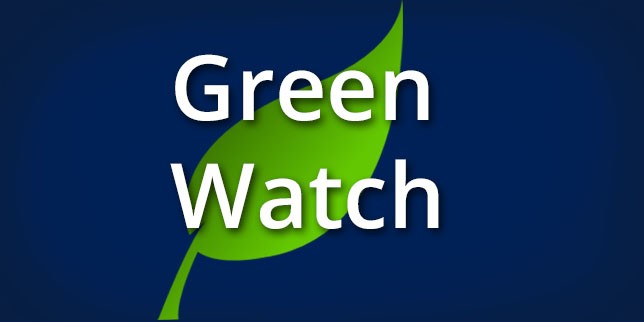 Some Beltway Republicans believe that climate change is an issue on which the Left is willing to compromise. They’re sorely mistaken.

Call them the “eco-Right”: conservatives who have bought the Left’s argument that the Earth is getting dangerously hot and we’re to blame. A few may be familiar, such as ClearPath, Citizens for Responsible Energy Solutions, and the Climate Leadership Council.

All of them want skeptical Republicans to compromise with liberals on their global warming policies, though few agree on what those policies should be.

Some on the eco-Right have embraced a carbon tax as a “magic bullet” for reducing carbon dioxide (CO2) emissions. Most disagree, opting instead for federally funded research into better lithium batteries and carbon-capture technology. None of them support the radical Left’s $10 trillion Green New Deal.

The eco-Right has met with serious skepticism from other conservatives, many of whom (myself included) argue that they’re dupes for inviting the Left’s cronyism and devastating environmental policies into the conservative movement. After all, the Left loves nothing more than “useful idiots.”

No Room for Compromise

But the eco-Right has a bigger problem: Leftists aren’t interested in anything less than a “green” socialist revolution. They want total control of the government, and they aren’t willing to share.

Don’t take my word for it—that’s the crux of an open letter to Speaker Nancy Pelosi (D-CA) signed by 263 activist groups in November, urging Congress to pass the Green New Deal to combat “increasing income/wealth inequality and rising white nationalism and neo-fascism” in America.

The letter almost immediately drops climate change to complain about the need for “restitution for Black and Indigenous farmers” to make up for past discrimination; broken “treaties protecting Indigenous lands, waters, and sovereignty”; and “environmental racism.”

The eco-radicals even swipe at Progressive hero Franklin Delano Roosevelt, claiming his 1930s New Deal “excluded and was especially harmful to African America, Indigenous and LatinX people.” If that sounds more like the racial separatism of Malcolm X and Stokely Carmichael than John Muir’s Sierra Club, you’re not alone.

Credit them with some honesty about their intentions, though. For 50 years, the Left has told Americans that environmentalism is about saving the planet, not a government takeover of their lives. Yet today’s environmental activists don’t hide their socialism.

Saikat Chakrabarti, former chief of staff to Rep. Alexandria Ocasio-Cortez (D-NY) and the brains behind the Green New Deal, explained as much to the Washington Post last year: “Do you guys think of [the Green New Deal] as a climate thing? Because we really think of it as a how-do-you-change-the-entire-economy thing.”

Conservatives may gloat at this frank confession, but Chakrabarti is dead right: The lust for power is at the heart of environmentalism. Fearmongering is simply the quickest way to convince Americans to surrender their freedom—hence, the ever-looming “climate crisis” that’s been hanging over our heads since the 1970s.

Undoubtedly, the Earth’s climate is always changing, and there’s much more we have yet to learn about it. People who are pro-science and understand the scientific method won’t rest on fake claims about a “97 percent consensus” or falsely state that the “science is settled.” Truth—not unanimous agreement—is the object of science.

Rarely has the Left been so quick to shut down debate around a policy issue of such enormous consequence to the future of our country—and with so much at stake, conservatives would do well to ponder why.