Why Commies Hate the 1619 Project 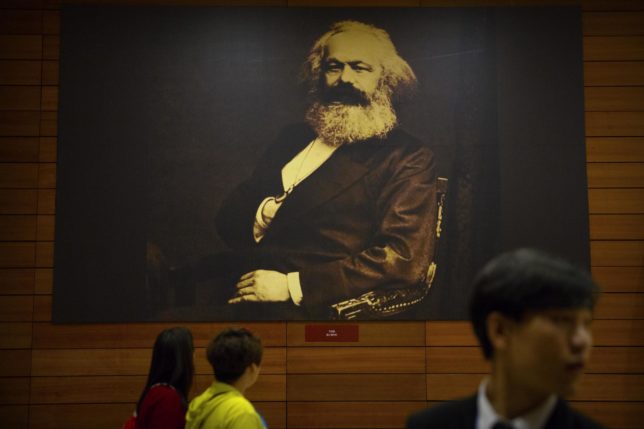 “Do we have any idea why Trotskyites are fighting this so hard?,” I was asked earlier this year regarding the Socialist Equality Party’s sensible criticisms of the New York Times Magazine’s 1619 Project.

The harder question to answer is why does the Pulitzer Prize committee love it so much? The 1619 Project (a new profile of which is  available at InfluenceWatch) was nominated last month for one of the prestigious journalism awards. It won in the category of “Commentary” last week.

The Times’s 100-page 1619 Project asserts that much of modern America (including health care policy, capitalism itself and more) to be a failed legacy of slavery. The project director told interviewers it was a conscious effort to advocate for slavery reparations. The New York Times editor said it was about pushing back against Trump.

But a handful of prominent historians—many with Ivy League affiliations who have already won Pulitzers for history—began telling the Socialist Equality Party’s World Socialist Web Site that 1619 was riddled with significant errors. Their criticisms grew to a chorus of at least 17 major academic names co-signed on two (so far unsuccessful) efforts to get the Times to retract the mistakes.

Though largely unknown to those not part of it, today’s radical left is deeply split between race warriors and class warriors. In its strident attacks on the anti-capitalist 1619 Project, the capitalism-denouncing Socialist Equality Party (which identifies ideologically with the Russian Communist revolutionary Leon Trotsky) has been fighting a rare high-profile battle in what has been a hostile and otherwise obscure decades-old dispute between rival radical left factions.

Class warriors like the Socialist Equality Party are the traditional radical left who adhere to Marx’s “workers of the world, unite!” theology. They hope to rile up the working class to overthrow capitalism. Unlike mainstream center-left and radical-left race warriors, class warriors perceive appeals to racial or ethnic identity as dangerously dividing the workers rather than uniting them.

As a Socialist Equality Party spokesperson recently said to the Wall Street Journal: “The interests of a black worker on the line in an auto plant and a white worker are fundamentally the same, and a million miles from the interests of an Oprah Winfrey or a Hillary Clinton.”

Pure class warriors are harder to find these days (their current moment in the 1619 Project limelight notwithstanding). But race warriors are everywhere—obviously even in the editorial offices of the New York Times.

A textbook example from the more radical left is BAMN—yet another Trotsky-inspired group that goes by the formal name of “The Coalition to Defend Affirmative Action, Integration and Immigrant Rights and Fight for Equality By Any Means Necessary.” As that mouthful implies, BAMN is deep into identity politics. They fan the flames of ethnic and racial division, preach capitalism as the cause of the pain, and hope to rile up an army of the racially oppressed as the vanguard of a revolution.

BAMN was founded in the mid-1990s as a reaction against the ultimately successful effort to repeal affirmative action at California’s state universities. In the early 2000s they set up shop in Michigan in a futile effort to fight the same battle. BAMN has repeatedly participated in angry disturbances and near-riots that have shut down meetings such as those at the University of Michigan Board of Regents, and the Michigan Board of Canvassers.

They were on the scene in early 2017 when riots and threats of angry demonstrations at UC Berkley shut down two speeches by right wing culture agitators Ann Coulter and Milo Yiannopoulos. Even Charles Murray, a much less pugnacious 70-something scholar from the American Enterprise Institute, was subjected to a BAMN-fueled October 2017 disruptive protest at the University of Michigan.

The 1619 Project was high-caliber ammunition for the propaganda guns of race warrior leftists such as BAMN. But those cannons rip through the dreams of radical left class warriors as well as capitalists.

A passionate September 2019 manifesto on the World Socialist Web Site charged the 1619 Project with being a “politically motivated falsification of history” that “legitimizes the effort of the Democratic Party to construct an electoral coalition based on the prioritizing of personal “identities”—i.e., gender, sexual preference, ethnicity, and, above all, race.” That this offense was committed by the New York Times wasn’t a coincidence to the three authors of the piece, who ripped the newspaper for being a “mouthpiece of the Democratic Party and the privileged upper-middle-class layers it represents.”

Criticizing BAMN specifically in 2011, a World Socialist Web Site essay accused it of being a “middle class protest organization that allies itself with Democrats” on issues such as “identity and racial politics.”

So, the answer to my colleague’s question is that the Trotskyites are fighting the same battles he is. Their criticisms quoted above regarding the 1619 Project, the New York Times and the agenda of the Democratic Party are mostly shared by libertarians and the right-of-center. The identity politics that has infected the mainstream media and mainstream left threatens to ruin America with racial animosity. That’s an outcome neither capitalists nor true commies hope to see.

This article originally appeared on RealClearEducation.com on May 11, 2020.