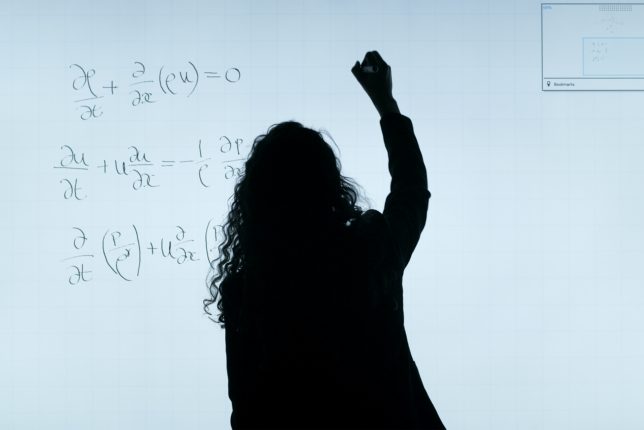 Women are leaving the workforce in droves.

This is perhaps the most predictable consequence of the ongoing teachers union–manipulated lockdowns of public schools (no, union trolls, “open for virtual learning” is an Orwellian lie). Your humble correspondent predicted this consequence in July, when teachers unions started to admit that they would not reopen schools until there was “zero community spread.” Meeting this threshold is effectively medically impossible.

The giant, roof-busting elephant in the room: Women have been hit especially hard by the pandemic in large part because school, in many major American cities, has all but ceased to exist. And yet that deafening sound no one hears is the tragic silence of a feminist movement that has chosen to side with teachers’ unions instead of with women throughout the country who are bearing the brunt of these school closures.

But there are many reasons that explain this silence: Tens of thousands of U.S. dollars given to organized institutional “feminism” by Big Labor, especially by government worker unions like the teachers unions that are locking down schools. For example, the National Women’s Law Center, the source of Markowicz’s facts and figures, took $10,000 in 2020 from the nation’s largest teachers union, the National Education Association (NEA). In previous years, it has taken funding from other government worker unions and union federations, including the American Federation of State, County, and Municipal Employees; the Service Employees International Union; and the AFL-CIO.

National Women’s Law Center is far from the only “feminist” or feminist-aligned organization to benefit from Big Labor’s institutional funding. In its 2020 annual report under the Labor Management Reporting and Disclosure Act, the NEA contributed to a number of Left feminist-aligned groups including the Center for American Progress Action Fund, Democracy Alliance, ProgressNow, State Innovation Exchange, Supermajority, and Women’s March Incorporated.

The American Federation of Teachers (AFT) has likewise contributed to the organized Left-feminist groups who might otherwise object to policies driving millions of women from employment. On its 2020 annual report, AFT reported funding Emily’s List and Women Vote!, two liberal feminist-focused PACs, as well as multi-issue feminism-aligned advocacy groups like MoveOn Civic Action, America Votes, and the American Constitution Society for Law and Policy.

If one were hoping that self-identified “civil rights” groups would stand up for the educations of poor and minority children hurt hardest by lockdowns (oh wait, sorry, “virtual learning”), think again, because the tendrils of teachers union money compromise them as well. UnidosUS (the former National Council of La Raza) took funding from both NEA and AFT in the unions’ 2020 fiscal years. The NAACP, Al Sharpton’s National Action Network, and the National Urban League all took money from at least one of the big teachers’ unions in 2020.

The silence Markowicz identifies is easily explained. Teachers unions, like the rest of organized labor, practice “social justice unionism,” placing advocacy for the broader Left above all else. Usually this manifests as organized labor apparently inexplicably backing some seemingly unrelated Left-wing drive like environmentalism.

But now the shoe is on the other foot and Big Labor needs the defense of the “social justice” movement to defend lockdowns. So the teachers unions are calling in the favors they’ve bought and won and are rewarded with silence if not outright defense, the nominal constituencies of the feminist and civil rights organizations be damned.