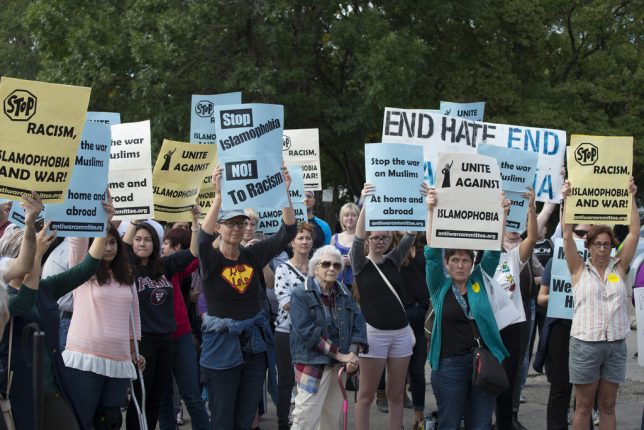 A Word on England

On June 23, 2016, Britain voted to leave the European Union in a referendum vote largely referred to as “Brexit.” The vote was shocking to many on the left side of the political spectrum, who fought to remain in the E.U. In fact, the battle continues in Britain, where Brexit still has not happened and many “remainers” are fighting for a second vote to remain in the European Union.

The assertions that Brexit led to a rise in hate crimes against Muslims is strikingly similar to claims by American activist organizations made after the election of President Trump.

In an article in the Independent titled “Brexit Vote Sees Highest Spike in Religious and Racial Hate Crimes Ever Recorded,” author May Bulman writes that “faith groups and organizations representing foreign nationalities. . . noticed a ‘significant’ rise in race and faith-based hate crimes to the extent that they had become a U.K.-wide phenomenon, and urged the Government to take ‘urgent’ action to review their approach to such crimes.” Iman Atta of the group “Tell Mama,” which operates as a platform for people to report Islamophobia, was quoted as saying:

We cannot also deny the fact that anti-Muslim sentiment has been amplified heavily through far-right anti-Muslim networks, and these need to be shut down and challenged and social media companies have far more to do in this area.

Many hate crimes remain unsolved (presenting an obvious issue when it comes to proving the “hateful” intent of the crime), or are found to be “hoaxes.” Hoaxes are particularly prevalent on college campuses, but are certainly not limited to a university setting.

Hate crime hoaxes often manifest in racist graffiti scrawled in public places such as mosques. The racist “hoax” graffiti can also be found on people’s homes, particularly on garage doors in what hate crime expert and Capital Research Center’s Influence Watch contributor Dr. Tina Trent refers to as the “Garage Door Effect.” Hate crime hoaxes can be “racist” letters the “victim” receives on their car or on a receipt returned to a waiter or waitress. Examples of hate crime hoaxes are endless. Despite their abundance, “hate crimes” on university campuses and elsewhere oftentimes receive national coverage in the establishment media before the hoax is uncovered. When the “hate crime” is revealed to be a hoax, the story fades from view. The hoaxer often receives a slap on the wrist or even sympathy. Do hate crime hoaxes do less damage than “hate crimes?” Why is the hoaxer not subject to the same punishment?

Additionally, when a “hate crime” goes unsolved, can one ethically ascribe a motive to that crime? How does one know what the motive is when one does not have a perpetrator? Is this not a part of America’s constitutionally-mandated system of due process?

Many instances of racist graffiti, for example, are counted in the FBI statistics on Hate Crimes even though the crime remains unsolved and the motive is unknown.

Activist organizations have been attempting to convince Americans that President Trump has empowered white supremacists to attack people of color in America, leading to a rise in hate crimes. The evidence presented by these organizations is wholly inadequate, yet it continues to be cited by the mainstream media.

The methodology used to collect hate crime data is not rigorous or well-defined. One gets the sense that because the standards for documenting “hate crime” are virtually unattainable, “hate incidents” requiring little-to-no scrutiny can be easily substituted.

But anecdotal evidence is not sufficient. Many “anecdotal stories” are presented anonymously, without a perpetrator, a police report, or even a clear victim. Data compiled in this way may provide interesting click bait or fluff pieces for major news organizations, but it cannot be the basis for public policy. Americans ought to demand that the establishment media insist on solid source material before citing partisan sources such as the SPLC or the ADL, rather than regurgitating unsourced propaganda.

Further study should be conducted to track “hate crimes” and follow through to ascertain reliable data free from partisan bias. Such research would be valuable to everyone, but it needs to be based in fact—not curated to further an agenda.

“Free speech,” “due process,” and the idea that “all men are created equal” are integral parts of the founding of America. If the American justice system is to continue in the tradition of “blind justice,” then the designation of “hate crime” must fall away, lest we invite the judicial system to abandon the equal application of the law in favor of identity politics.