Watch Out, Alaska, More Partisan News Is Coming Your Way 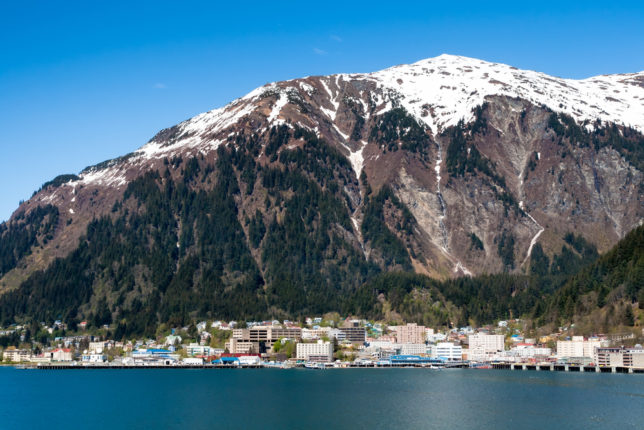 The latest front in the Left’s battle for the states is Alaska.

If you haven’t heard of States Newsroom, you soon will—the network of left-leaning outlets posing as just-the-facts news sites is expanding in force, with new offices in Juneau, Anchorage, and elsewhere in the state.

Though it presents itself as apolitical, States Newsroom is actually the invention of the most powerful liberal lobbying force in Washington, DC: Arabella Advisors.

Arabella is a consulting company that quietly controls a nonprofit nexus which raked in a stunning $1.7 billion in 2020 alone—that’s over $3 billion since 2015—to advance the activist Left’s agenda across the country.

One of the Arabella network’s nonprofits, the Hopewell Fund, launched States Newsroom in 2019 with funding from an unknown donor. Back then, the group didn’t try to hide its bent—one job posting proudly proclaims it a “progressive political journalism startup” based in Chapel Hill, North Carolina.

Why North Carolina? The Tar Heel state is the focus of a years-long, well-funded campaign to flip the battleground state to Democrats using a blueprint developed in Colorado—a rural state that no one thought could turn blue, until it did.

That’s the professional Left’s top goal, flipping reliably red areas of the country to blue. And the Arabella network has a lot of money to get the job done, thanks to funding from wealthy left-wing donors, many of whom share the same last name: Foundation.

These donors—like the Gates, Ford, and Soros-funded Open Society Foundations—are anything but centrist, which is why they’ve invested heavily into making the Arabella network the Left’s go-to machine for funneling secret money into politics.

Amazingly, this multi-billion-dollar operation went totally unnoticed by the “dark money”-obsessed media until my colleagues and I at the Capital Research Center exposed it in 2019.

Since then, Arabella’s become the poster child of “dark money,” a well-earned reputation. The network’s most famous brainchild, the court-packing group Demand Justice, effectively lobbied judge Ketanji Brown Jackson from obscurity into the Supreme Court in a scant few years. And at least two Demand Justice alumni, White House counsel Paige Herwig and Biden spokeswoman Jen Psaki, have made it into President Biden’s inner circle.

States Newsroom isn’t far behind. The group’s board includes Courtney Cuff, a Colorado activist who used to lead the Gill Foundation, the biggest funder of the campaign to legalize gay marriage. Not coincidentally, foundation funder Tim Gill also co-founded the Democracy Alliance—a potent club for major leftist donors which created the blueprint for taking over states, beginning with Colorado. Another Democracy Alliance co-founder, Jared Polis, is now the state’s governor.

A steady stream of partisan news masquerading as anything but was essential to that campaign. No wonder that Swiss billionaire and top Arabella donor Hansjörg Wyss is funding the same effort in other states via States Newsroom.

Wyss, who resides in America but isn’t a U.S. citizen, has been trying to build a foreign owned, left-wing media empire for years—most recently in a failed bid last year to buy the Chicago Tribune, which even the New York Times decried as a partisan takeover.

States Newsroom took on a more centrist face when it became independent in 2019, but its leadership still comes from the permanent activist class. Chris FitzSimon, the group’s director, worked for 13 years at NC Policy Watch, a front for the Justice Center, which spawns new activist groups trying to tilt the state left.

Curiously, States Newsroom doesn’t mention that fact either on its website or IRS Form 990 disclosure.

Alaska, don’t be fooled by wolves in sheep’s clothing. The most effective activist campaigns always rely first and foremost on deception, which is why my colleagues and I created InfluenceWatch.org to help you follow the money and expose these secret special interests.

This article originally appeared in Must Read Alaska on April 14, 2022.