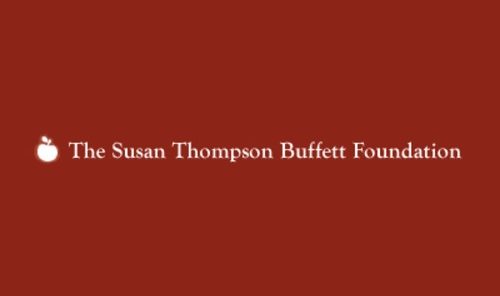 Few people have heard of the Susan Thompson Buffett Foundation, yet it’s the largest funder of pro-abortion activism in the world—and supported by one of the most famous billionaires in the world: Warren Buffett.

Between 2000 and 2018, the Buffett Foundation poured an incredible $4 billion into left-wing groups that lobby for abortion-on-demand policies and public funding of birth control, according to new analysis by the Capital Research Center. (The foundation paid out $5.5 billion in all grants over the same period, meaning that most of its donations went to support abortion or birth control groups.)

In that same period, the foundation paid $293 million to the National Abortion Federation, the coalition of abortion providers that supports loosened restrictions on abortion.

So what is the Susan Thompson Buffett Foundation?

As InfluenceWatch explains, it was created in 1964 by famed investor and billionaire Warren Buffett as the Buffett Foundation, but was renamed in the early 2000s after his late wife, Susan Thompson Buffett.

From the start, the foundation’s goal was population control—what a biographer has called Warren Buffett’s “Malthusian dread” of overpopulation among the world’s poor. (Prior to the 1973 Roe v. Wade decision that legalized abortion in America, Buffett and his business partner Charles Munger operated a fake church that helped women reach abortion clinics where it was legal.)

The foundation received another influx of $2.5 billion from Susan Thompson Buffett’s estate after her death to continue its pro-abortion activities. And Warren Buffett continues to directly fund it himself, gifting the foundation $259 million in 2018 alone.

Gynuity Health Projects is another key group, which received $36 million from the Buffett Foundation. As I’ve recently written, Gynuity is a New York LLC-turned-nonprofit that conducts horrifying experiments on women in Burkina Faso, a destitute country in West Africa. The group provides mail-order abortion drugs in the U.S. designed to induce a miscarriage in the first trimester. The drugs being tested in Africa would extend that to the second trimester, effectively enabling at-home abortion of fetuses up to 28 weeks old.

The Buffett Foundation paid out $365 million to Ipas, a major abortion provider in poor nations that also lobbies against the so-called Global Gag Rule—the ban on federal funding of groups that provide abortions overseas. The ban, known to supporters as the Mexico City Policy, was instituted by President Ronald Reagan. It has since been rescinded by every Democratic president since and reinstated by each subsequent Republican president up through President Donald Trump in 2017.

The foundation also gave $48 million to Pathfinder International, which I’ve documented as another major group trying to overturn the Mexico City Policy. Pathfinder spent $1 billion over the past decade pushing population control policies overseas—with $972 million in funding from your tax dollars.

Another major recipient is EngenderHealth, with $91 million in Buffett Foundation grants. EngenderHealth, founded in 1937 as the Sterilization League of New Jersey, provides abortions in poor countries in Africa, Asia, and Latin America.

The foundation has paid an impressive $223 million to DKT International, a pro-abortion nonprofit that sells cheap birth control to the Third World. The group is chaired by Philip Harvey, founder of the mail-order erotica company Adam & Eve.

Notably, the Buffett Foundation gave $42.5 million to Catholic pro-abortion groups, including Catholics for Choice based in Washington, DC, and Católicas por el Derecho a Decidir, its Latin American affiliate. The group lobbies against the pro-life movement and has been denounced by the U.S. Conference of Catholic Bishops as taking positions contrary to Roman Catholic teaching.

The list of Susan Thompson Buffett Foundation grant recipients is available here. Other notables include:

See our profile at InfluenceWatch.org for more on the Susan Thompson Buffett Foundation and other major funders of the pro-choice movement.