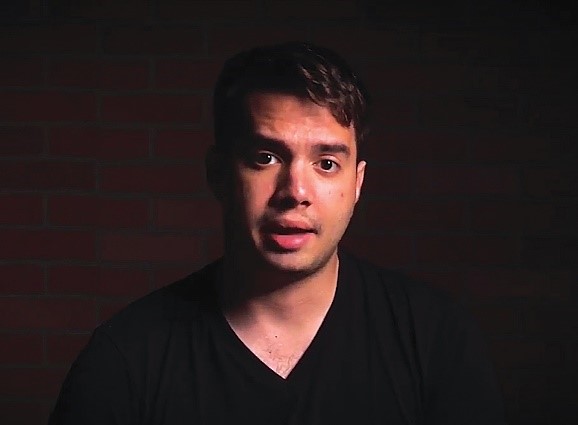 Summary: Andrés Guilarte, former college student in Venezuela, has experienced the failures of Venezuela socialism firsthand. Since coming to the United States, he has worked hard to warn American college students about the dangers of socialism. CRC’s Sarah Lee has recently interviewed him for Capital Research magazine.

Under normal circumstances, Andrés Guilarte would be a typical college student, studying international relations at the Central University of Venezuela in Caracas, hanging out with friends and dreaming of what may come following the heady days of university life.

Would he finish his studies and go on to the career of his dreams?

Would he marry the love of his life and have children?

Would he create a stable life in his home country of Venezuela, a nation that boasts some of the most beautiful real estate and plentiful oil and mineral reserves in the world?

Perhaps those options would have been open to Guilarte 20 years ago, before Hugo Chavez ushered in the leadership of the United Socialist Party of Venezuela (PSUV) in 1999, but now they are little more than a distant dream. Circumstances are far from normal for the 20-something Guilarte because he was born and raised in a nation that has fully embraced socialism—first through Chavez and now under his handpicked successor, erstwhile bus driver Nicolas Maduro.

In the Venezuela of today, blackouts are routine, starvation is widespread, and dissidents are jailed, tortured, and go missing. Its economy is so crippled that images of citizens eating from trash trucks is common.

In short, beautiful and potentially prosperous Venezuela has become nothing short of a socialist hellhole. Before Chavez, it had prospered from the boom in oil production during the 1970s (Venezuela has a lot of oil) and enjoyed friendly alliances with Europe and the United States.

There are three main policies implemented by Chavez since 1999 that produced the current crisis: Widespread nationalization of private industry, currency and price controls, and the fiscally irresponsible expansion of welfare programs.

One of Chavez’s first actions was to start nationalizing the agriculture sector, supposedly reducing poverty and inequality by taking from rich landowners to give to poor workers. From 1999 to 2016, his regime robbed more than 6 million hectares of land from its rightful owners.

Nationalization destroyed production in affected industries because no government has the capacity to run thousands of businesses or the profit motive to run them efficiently. Instead, government officials face incentives to please voters by selling products at low prices and hiring more employees than necessary, even when that’s the wrong industry decision.

It’s astounding then that, according to a 2019 public opinion survey of 10,590 undergraduates conducted by College Pulse (Socialism–Capitalism poll May 2019):

4 in 10 (39%) have a favorable view of socialism, an equal number (39%) have an unfavorable impression of the economic system, and 18% report that they are unsure of their opinion. A recent Gallup poll found that an increasing number of Americans have a positive view of socialism. More than 4 in 10 Americans (43%) believe socialism would be a good thing for the country, while only 25% said this in 1942.

The standard line from those who favor the command economy is that all failed efforts to implement socialism in the past—from the Soviet Union, to China, to Cuba, to Venezuela—were not applicable because those systems weren’t authentic socialism.

What’s more, despite the unassailable failures of socialism in nations such as Guilarte’s Venezuela, those with a favorable view of Marx’s philosophy only make the “fake socialism” claim after the failures happen.

The claim of fake socialism is only ever made after the event. As long as a socialist project is in its prime, almost nobody claims that it is not real socialism. On the contrary, virtually every socialist project in history has gone through a honeymoon period, during which it was enthusiastically praised by prominent Western intellectuals.”

In the next installment of Venezuelan Socialism, witness the death spiral of socialism through Andres’s eyes.