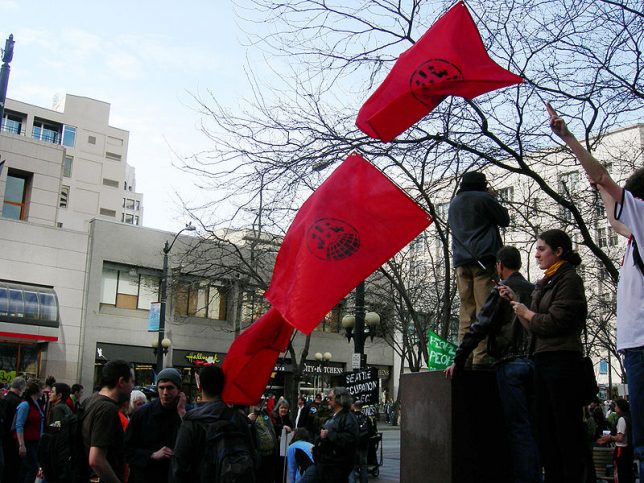 Last week, it emerged that Grassroots Campaigns, Inc., a liberal canvassing consultancy with ties to the Public Interest Network (PIN), the controversial array of left-wing organizing entities, had allegedly engaged in union-busting against its staff of idealistic young progressives. Now, thanks to documents obtained under the Freedom of Information Act from the National Labor Relations Board (NLRB), those skeptical of PIN’s tactics and intentions can more clearly see the actions Grassroots Campaigns officials in New Orleans and Seattle allegedly took to defeat union organizers.

Whenever an employer (Grassroots Campaigns in this case) takes action to counter labor union organizing, the employer may infringe—or at least appear to infringe in the eye of the labor union—the NLRB’s strict rules on employer speech in unionization campaigns. When an alleged infraction (or an action that the union can spin into an alleged infraction) occurs, the union will file a complaint of an “unfair labor practice” with the NLRB. The NLRB then investigates and adjudicates the infraction. Since the beginning of 2018, union organizers and employees have filed 13 such complaints with the NLRB; nine remain under investigation and four have been dismissed or withdrawn.

Looking at the unions’ accusations—and the documents are just that, accusations—the  NLRB has yet to adjudicate most of these claims; and unions often file dubious unfair labor practice complaints during organizing campaigns—we can see patterns of alleged improper activity by Grassroots Campaigns officials at the Seattle and New Orleans offices, which the Industrial Workers of the World union has sought to organize.

At the Seattle office, IWW officials charged that Grassroots Campaigns “subjected its Seattle employees to closer inspection, removed pro-union flyers from the walls . . . and told employees that they were too aggressive in pursuing their rights.” Similarly, an employee alleged that a manager at the New Orleans office “told employees not to talk about unions during work hours.” Labor law precedents supported by Grassroots Campaigns’ clients have held that employees may discuss unionizing and post flyers in break rooms encouraging unionization.

Another IWW charge alleges that Grassroots Campaigns’ Seattle office had “reduced the number of campaigns for which employees would raise funds from two to one, and ceased permitting employees to use paper fundraising forms . . . based on employees’ union activities.” In New Orleans, an employee alleged that Grassroots Campaigns “began assigning [certain] employees to less desirable turfs because of their support for the union.” If true (recall, these are allegations not proven offenses), that is a serious attack on canvassers’ organizing (and likely violates anti-retaliation rules). According to reporting on Grassroots Campaigns’ employment arrangements, canvassers are expected to make a fundraising quota, and can be discharged for failing to meet it. Giving union supporters fewer campaigns for which to fundraise and assigning them to less-productive canvassing zones could be a way to shove them out of the company.

Whatever the ultimate disposition of the charges, the apparent aggression with which Grassroots Campaigns is resisting union organizing shows clearly that the company does not live up to its purported progressive values. There’s a reason Grassroots Campaigns and the associated Fund for the Public Interest (which conducts fundraising for the Public Interest Network, a group of liberal nonprofits) has been called the “liberal sweatshop.”