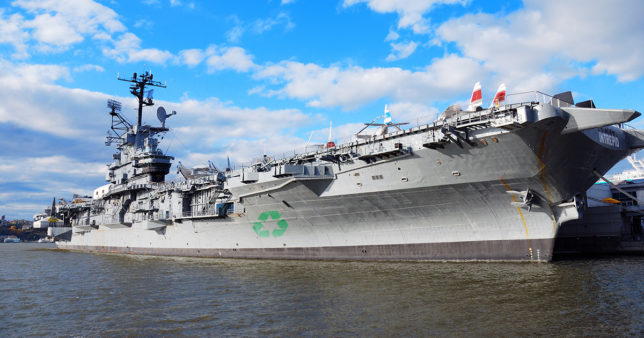 According to President Obama, America’s most serious national security threat isn’t ISIS, or Iran, or Vladimir Putin’s Russia. No, our gravest danger is apparently climate change, which the President described as an “urgent and growing threat to our national security” in Executive Order 13653. That order requires the U.S. government to tackle climate change in every facet of governance, especially military operations.

Which means the Department of Defense must incorporate potential “climate change” effects in its military activities. This goes for weapons buying and testing, training ranges and capabilities, fuel types and uses, defense surveillance and reconnaissance, and training programs, among other activities.

Not only is this a hassle for military officials, but it also carries a hefty tax bill for the American people. Under the new guidelines, the Air Force will be forced to spend $59 a gallon for renewable jet fuel and $67 per gallon for F-22 Raptor fuel. The Navy will also spend $27 per gallon for biofuels and a whopping $424 a gallon for 20,000 gallons of “sustainable” diesel fuel. In total, the U.S. military was ordered to spend $4 billion of its budget during a four-year span on biofuels, solar panels, and electric vehicles.

As Sen. James Inhofe (R-Okla.) noted, the Obama administration is essentially “imposing a green agenda on the Department of Defense. The result is a much less cost-efficient military—and possibly a more dangerous world.

For more, you can read the May edition of “Green Watch” here.

This blog post was adapted from the May edition of Capital Research Center’s “Green Watch,” by Steven J. Allen.