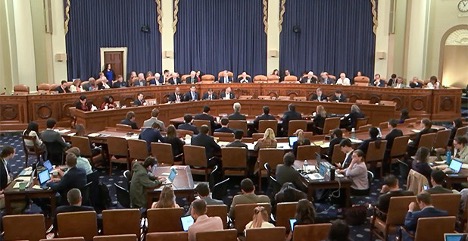 After last month’s elections, the majority party in the U.S. House of Representatives will shift from Democrats to Republicans in the Congress beginning next year, just as it did after the 1952 elections preceding creation of the Select Committee to Investigate Tax-Exempt Foundations and Comparable Organizations—known as the Reece Committee after its chair, populist Rep. B. Carroll Reece of Tennessee—commenced contemporary congressional curiosity about the country’s big philanthropies.

Such interest ultimately led to the Tax Reform Act of 1969, which remains the basic, underlying tax-law structure of American philanthropy and nonprofitdom. On its path to passage, those many matters Congress investigated and tried to address in the legislation had been considered by the Senate Finance Committee, chaired by Democrat Sen. Russell B. Long of Louisiana, and the House Ways and Means Committee, chaired by his fellow Democrat Rep. Wilbur Mills of Arkansas. “PowerfulWaysandMeansCommittee” has long been used as essentially one word and, at the time, Mills was often called “the most powerful man in Washington.”

While it’s unclear exactly when the House Republican Steering Committee will meet to mull contested bids for committee-chair positions and decide by secret ballot upon recommendations to the full party caucus, three Republicans are currently making arguments to be the Ways and Means Committee’s next chair. They are Reps. Vern Buchanan of Florida, Adrian Smith of Nebraska, and Jason Smith of Missouri—all Ways and Means members now.

Buchanan and Adrian Smith each have more seniority than Jason Smith, but seniority is not necessarily be the only relevant factor. Jason Smith is the ranking Republican on the House Budget Committee.

Buchanan—with a net worth reportedly exceeding $150 million, generated from auto dealerships and other businesses—is one of the wealthiest members of Congress. He is a former board member of the U.S. Chamber of Commerce, and served on its executive committee. He and his wife have their own family foundation.

Both Adrian Smith and Jason Smith have in the past strongly lamented what they thought to be unfair Internal Revenue Service (IRS) treatment of Tea Party groups applying for nonprofit status. Adrian Smith has proposed legislation that would limit what could be done by the IRS, including with its $80 billion in increased funding from the big climate, tax, and health-care law passed earlier in this Congress.

Jason Smith, considered by many to be a more-populist conservative than Buchanan and Adrian Smith, is reportedly emphasizing his belief in an aggressive oversight role for the committee.

This article originally appeared in the Giving Review on December 12, 2022.