The War on the Electoral College: In Oklahoma 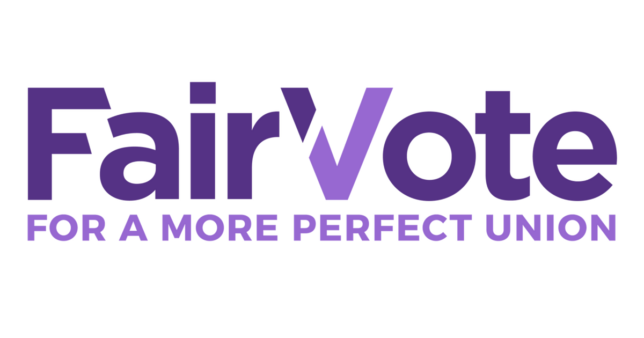 A similar story unfolded in early 2014 in Oklahoma, one of the country’s most conservative states, with large Republican majorities in the state house and senate.

As in Arizona, none of the expenses were reported on public disclosure forms because they were paid for by FairVote, a Maryland-based leftist group and NPV ally. FairVote is funded by George Soros’s Open Society Foundations, eBay founder Pierre Omidyar’s Democracy Fund, and the Tides Foundation.

One official FairVote invitation to the JW Marriott resort in Scottsdale, Arizona, touted the benefits: three nights of guest accommodations and reimbursement for meals, provided attendees “commit to reviewing a collection of reading materials that will be provided by email before the meeting so that all participants can [be] ready to share their insights and questions in panel sessions” the following day.

In February, two senate Republicans and one Democrat introduced SB 906 to join the NPV compact, and sixteen Republicans joined all of the chamber’s twelve Democrats to pass the bill against eighteen Republican nays—this despite the fact that the state GOP officially opposed national popular vote legislation.

One local blogger called the vote a “betrayal”: “I’m told that Saul Anuzis, a consultant for the NPV movement…was working the corridors for the bill.… Anuzis and his colleagues persuaded some of our friends in the Senate that NPV could improve the Republican Party’s chances. Never mind that the NPV movement is funded and run by leftists who are hardly likely to back an idea that would help conservatives win the White House.”

Again, once grassroots groups caught wind of the bill, it soon died in the state House. Several Republican senators quickly recanted their support for the compact. But that wasn’t the end of the story. NPV returned a year later to push the same legislation through the House again, introduced by Republican Rep. Lee Denney. The Okie, Oklahoma’s self-described top political news blog, reported that NPV lobbyists were “at the Capitol every day, pushing the issue,” but it never left committee.

NPV’s crusade extended to Georgia in 2016, when five Republicans—joined by then-Rep. Stacey Abrams—introduced a national popular vote bill in the state house. Companion legislation followed in the state senate, also with five Republican sponsors and one Democrat. Neither bill left its respective chamber after conservative groups met with the Republican legislators. Democrats have since introduced three more NPV bills in 2017, 2019, and 2021, but none garnered GOP support.

In 2018, NPV turned its sights on Michigan, which leans Democratic in presidential elections but has a comfortable Republican majority in the state legislature. Republican state senator Dave Hildenbrand introduced an NPV bill in September, which quickly died in committee. That death was in no small part thanks to local investigative reporters who unearthed evidence that the Institute for Research on Presidential Elections paid for 20-plus Republican lawmakers to travel to resorts in Hawaii, Puerto Rico, and California (which, again, went unreported in public disclosure forms).

NPV is still trying to win over Michiganders with a ballot initiative started in September 2021, run by Anuzis and Mark Brewer, an election law attorney and former Michigan Democratic Party chair. It remains to be seen whether the initiative will reach enough signatures to make the next ballot.

In the next installment, note that National Popular Vote’s board members may be enriching themselves off the campaign to remove the Electoral College from the election process.

This article originally appeared in the January/February issue of the American Conservative.