The State of the Left: Technological Revolutions 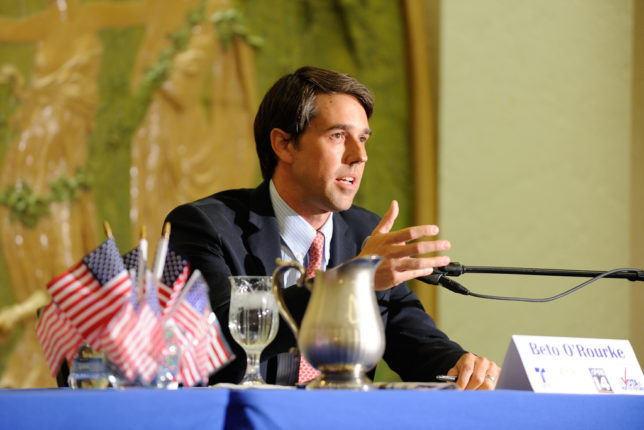 The other big development that the Left harnessed and really gives it muscle outside traditional party channels is high-tech targeting. The creation of Catalist LLC in 2012 was just the beginning.

Catalist emerged from the Left’s bitter 2004 defeat. Harold Ickes, perhaps the shrewdest of all Clinton operatives—in an earlier life, he was a union lawyer who helped out unions tied to the Colombo, Gambino, and Lucchese crime families—was also upset by that defeat, and he thought the key to responding was data, lots of data, and especially data that the whole Left would share, putting in and taking out as needed. In 2006, with his first stake of $1 million provided by, yes, George Soros, he started Catalist. It is another for-profit company that doesn’t have to divulge anything about what it does or how it gets its money. It receives donor dollars, but it also earns a revenue stream from all the unions and activist nonprofits that use it—and the official party apparatus also uses it. Some suspect Catalist sometimes doesn’t charge market rates for its services, which means it may be making illegal in-kind donations to political efforts without disclosure.

Again, Ickes consciously set up Catalist with independent donor money outside the official party apparatus, and then-DNC head Howard Dean vigorously opposed it, even though as a candidate he had been a pioneer of internet fundraising and campaigning. His opposition most likely arose because official party apparatuses of all kinds don’t like losing control—as some in this room can perhaps testify.

The key facts about Catalist are (1) it has been highly successful at using publicly available data about literally hundreds of millions of Americans, and (2) it also has succeeded in persuading groups across the Left—from the Democratic Party to the unions to the activist nonprofits—to give it their data and let it put everything together into an amazing matrix: Who contributes to Planned Parenthood? Who cares about global warming over all other issues? Who’s young, unmarried, female, and living in a big-city zip code?

The second critical fact about Catalist is that it has itself catalyzed an amazing growth in the sophistication of not only microtargeting, but also the social science of political manipulation, including field experimentation. Our side isn’t just behind; we don’t even know what we’re behind in.

Catalist and all the other apparatus and knowledge that have grown up around it doesn’t just know how to find the only two women in a wealthy conservative Protestant Texas zip code who would be good targets for fundraising by NARAL. It also knows just the right kind of messaging—and I mean both the memes and the right media (text messages, Facebook, whatever) to shame low-income black youths in Harlem into registering and then voting.

As far as I know, virtually the only person on the right who is doing anything like this is my friend Adam Schaeffer at Evolving Strategies. You should look at his writing on Ricochet about this phenomenon—he’s also given talks with Sasha Issenberg on the topic. One of those Ricochet posts has the depressing title, “The Digital Divide is the Least of Our Problems … Which Is Saying Something.” Here’s a brief quotation:

The Left dominated in 2012 for a number of reasons, but two stand out; superior technology and a deeper understanding of voter psychology.

Catching up on the technological front is the much easier task but understanding voter psychology is the more difficult and important task. The most important advantage on the Left is a pervasive culture of experimental testing and accountability. The Right needs a scientific revolution, not just a digital revolution.

Progressives know better which mode and message works with whom and when and for what, because they have run hundreds of social science experiments to perfect the arts of persuasion and turnout.

Beyond Catalist, which is the Left’s keeper of the database for all its groups, there are two other pillars of this part of the Left 2.0. First, there is the Analyst Institute. As we noted in our Catalist report, “At the same time Ickes & Co. were fostering Catalist in 2006-2007,” Michael Podhorzer “was helping build the Analyst Institute, a kind of think tank where the Left’s data experts can privately update each other on their latest work and swap techniques and tips. Cooperation between Catalist and the Analyst Institute, Issenberg writes, was ‘destiny.’” Podhorzer, by the way, serves as co-chairman of Catalist, and his day job since 1997 is Political Director of the AFL-CIO. Podhorzer “designed and managed the AFL-CIO’s pioneering 2004 ‘swing voter program’ which combined voter file database analytics and clinical trial-style message testing for direct mail, telemarketing, email and neighborhood canvassing.” Political veterans like Podhorzer aren’t the only ones helping the Left in this high-tech work; social science professors and their grad students are happy to pitch in, as is Silicon Valley.

Facebook made this process even easier. In 2012, President Obama’s reelection campaign worked out how to create Facebook applications that harvested information from supporters who consensually shared information with the campaign—and the information of their friends, who didn’t have a say in the sharing of their information. Carol Davidsen, the Obama campaign’s director of digital integration and media analytics, reported that Facebook was surprised at the sophistication of the campaign’s digital strategy and went so far as to permit the campaign to continue data mining because Facebook was “on their side.” Facebook’s uneven speech policing combined with Silicon Valley’s overall penchant for progressivism means conservatives or their campaigns will likely never be be able to fully harness the full power of social media.

A final couple of comments on the Regressive Resistance. It originates out of the Left’s failures at the national level in 2004, but in more recent years, the same donors and the same tactics and nonprofits have begun to focus on intensive battles in particular states. The first great victory here was turning Red Colorado solidly blue, and the best book on this is The Blueprint: How the Democrats Won Colorado, and Why Republicans Everywhere Should Care.

In 2013 a Capital Research study reported that the Left has grown so confident of its new capacities that it is now targeting no less Red a state than Texas. Jeremy Bird, Obama’s 2012 campaign field director, has taken the reins at Battleground Texas. After helping win the presidential election, Bird had his pick of assignments, and he chose Texas. A more recent series of CRC reports on redistricting shows that when progressives can’t win, they’ll simply sue to turn the state blue. That’s what happened in Pennsylvania.

Progressives haven’t succeeded yet, but the enthusiasm with which liberal donors invested in the campaign of Robert Francis “Beto” O’Rourke shows that they still believe that there’s fertile ground for their cause in the Lone Star State. If groups like the National Democratic Redistricting Committee and Common Cause have their way, redistricting reform will lock out conservatives in red and purple states.

I hope you’ll see this magazine as an updated primer on the Left’s activities and mode of operation. The next time you see a single organization or activist making a splash you’ll be able to see how one small story fits into the Left’s overall strategy.