The State of Redistricting 2022: The Coming Commissions 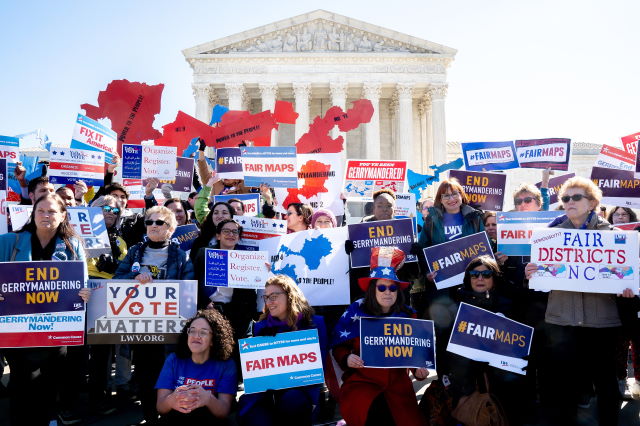 While Democrats proclaim a “gerrymandering” crisis, an analysis of the U.S. House election results shows that even under a European-style proportional representation system the sizes of the House party caucuses would not have changed. Credit: Victoria Pickering. License: https://bit.ly/3dChjEr.
by Michael Watson

In the 2021 redistricting cycle, 11 states will draw their congressional districts using a commission of some kind.

Arizona. Arizona’s independent redistricting commission has not changed in structure since the 2011 redistricting cycle. The structural flaw that led to the Mathismander remains. However, the alignment of the commission may change. Chair Erika Schupak Neuberg has been involved with the cross-partisan pro-Israel group American Israel Public Affairs Committee and contributed to members of both major parties. The commission’s first major vote to choose an executive director split 3-2 with Neuberg joining the Republican bloc to choose Republican-aligned political operative Brian Schmitt for the role. Arizona is unlikely to adopt a functional partisan-Democratic gerrymander like the one for the post-2010 cycle—at least not deliberately.

California. California’s Citizens Redistricting Commission has not changed in structure since the 2011 redistricting cycle. Democrats are well-positioned to repeat their success from the 2020 cycle simply based on the makeup of the commissioners. The Republican commissioners include a Berkeley resident with strong environmentalist ties, a civil servant with ties to the charter school movement, a Los Angeles sheriff’s investigator, a retired federal civil servant, and a former pastor who writes on religious topics.

The no-party-preference commissioners include one who included protests against the Trump administration in her application and one whose online presence demonstrated extensive support for left-wing U.S. Senator Bernie Sanders (I-VT). While it is possible that the expert-level Democratic commissioners will not attempt to leverage their expertise to run over the average-voter-level Republican commissioners and that the no-party-preference commissioners (who also include the chair of Leadership Education for Asian Pacifics’s Alliance for Board Diversity) will not act as closet partisans, Democratic interest groups may find themselves pushing on a functionally open door to gain maps favorable to their interests, as they did in 2010.

Colorado. Colorado adopted a new redistricting commission in a 2018 referendum. If voters had not done so, Democrats would have controlled district drawing through the state legislature. Instead, a blended system of random drawings, choices by a panel of judges, and choices by state legislative caucus leaders generates a commission split 4D-4R-4 unaffiliated. The final map must be approved by a vote that includes affirmative votes from at least two of the unaffiliated commissioners. It is not clear how the process will proceed. The commission’s most notable action as of press time was sidelining its Republican chair for an unaffiliated chair on a unanimous 11-0 vote for statements the ousted chair (who remains a commissioner) made alleging without evidence widespread fraud in the 2020 presidential election.

Hawaii. Hawaii was the first state to adopt a redistricting commission, and its commission has not changed in composition. State legislative caucus leaders each choose two commissioners, with a 3/4 supermajority vote needed to choose a chairperson, who is chosen by the state Supreme Court if a deadlock occurs. Hawaii’s Democratic partisanship in 2010–2020 has been such that even proportional representation typically yields a Democratic whitewash in its two seats. The Hawaii commission is unlikely to appreciably change the national House alignment.

Idaho. Idaho’s commission has not changed in form since the 2010 cycle. The commission is evenly divided between the parties and acts by 2/3 majority vote. While the state is not as mono-partisan Republican as Hawaii is Democratic, a proportional map yielding a 1-1 result (which would hold anytime the Republicans won between one-third-plus-one to two-thirds-minus-one of the vote) is difficult to draw in Idaho without a nasty gerrymander. Elections Daily’s “Democratic Gerrymander” of the state creates one R+50 seat and one snaking R+12 seat (by 2016 presidential election results). The Idaho commission is unlikely to appreciably affect the national House alignment.

Michigan. Michigan adopted a redistricting commission in the “Voters Not Politicians” Proposal 2 of 2018, since immortalized by the factually problematic documentary film Slay the Dragon, which Ken Braun critiqued for Capital Research Center in June 2020. The Michigan commission relies heavily on random draw for its selection. Eric Cunningham of the political analysis website Elections Daily suggested the commissioners selected by a the convoluted series of draws might be “people who might be way in over their head and have no idea how any of this works,” with one commissioner having written in an application that he sought the statistically impossible (and likely illegal) goal that “a random sampling of individuals out of a district will yield approximately 50% each of two main parties.” Passage of any map requires a majority and a minimum of two commissioners from each bloc of five unaffiliated, four Democratic, and four Republican commissioners.

Montana. While finalized 2020 Census data have been delayed by the COVID-19 pandemic, projections for the 2021 reapportionment of House seats suggest that Montana would gain a second seat, which it has not had since the 1990 Census cycle. Montana’s constitution gives redistricting authority to a commission of two Democrats and two Republicans appointed by their state legislative caucus leaders plus a chair selected by either a majority of commissioners or the state Supreme Court. Republican commissioners complained about the process used by the liberal-leaning state Supreme Court to select the chair, but it is not clear how successful even an aggressive Democratic-favoring gerrymander could be, given the state’s alignment with the Republican Party in most recent federal elections. It is likely that an at-least-somewhat competitive, but Republican-tilting, district and a staunchly Republican district could be drawn if Montana secures a second seat.

New Jersey. New Jersey uses a politician-commission chosen by state legislative caucus leaders and state major-party chairmen. A voting chair is chosen by the state Supreme Court if the commission cannot select a chair. The 2010-cycle commission for congressional districts (a separate, similar commission draws state legislative boundaries) aligned with Republicans and drew a Republican-favoring map that collapsed into a Democratic-favoring “dummymander” after the 2016–2018 election cycles and the attendant political realignments. As of writing, the chair has not been chosen, and until the chair is chosen it is unclear how the redistricting plan may play out. However, given the collapse of the Republican-favoring map into an 10-2 Democratic map, it will likely not substantially affect the balance of national power.

New York. New York adopted an independent commission in a 2014 referendum. However, the state legislature, now under control of a Democratic supermajority, has proposed a new referendum to give the state legislature more powers to override the commission’s decisions on a party-line basis. Until the commission is set and the vote threshold to override a map is solidified, New York’s outcomes could range from an outright partisan-Democratic gerrymander to a more moderate disproportion similar to its current map, which returns two more Democratic-Working Families members than Republican-Conservative members in real life than in the proportional test case. Also notable is that New York is all but assured to lose one seat to reapportionment and may lose a second depending on the precise outcome of the 2020 Census.

Virginia. Virginia adopted a hybrid politician-citizen commission in a 2020 referendum. The commission is evenly divided between the major parties and must adopt a map based on a cross-partisan supermajority. The commission removed redistricting power from the Democratic trifecta in the state legislature and governorship. Virginia’s post-2010 maps that initially favored Republicans were substantially altered by litigation and turned into a very mild Democratic-favoring dummymander after the 2016–2018 election cycles and the attendant political realignments. What effect the commission might have on the national balance of power is unknowable as of writing.

Washington. Washington state’s independent commission has not changed in structure for the post-2020 redistricting cycle. Through much of the post-2010 period, the commission map yielded a slight Democratic advantage relative to strict proportionality. Liberal racial- and ethnic-interest groups as well as the left-leaning League of Women Voters (about which more later) have mobilized to promote “public involvement,” likely to resemble in effect the Democratic-aligned advocacy that turned California’s post-2010 redistricting into a de facto mild Democratic gerrymander.

In the next installment, review the major players in the coming redistricting battles. 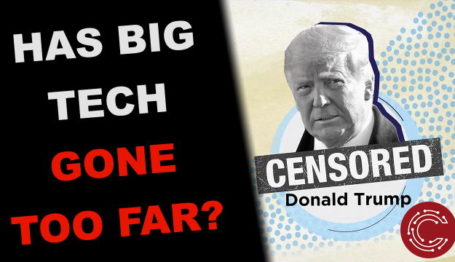 The Fall of the Digital Town Square