The State of Redistricting 2022: Broken Commissions 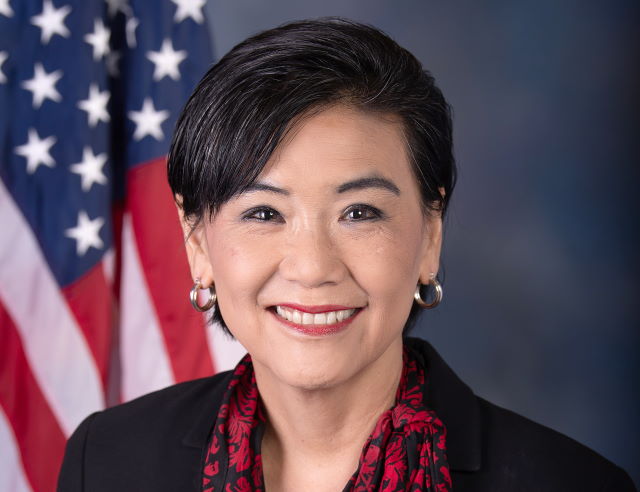 Consultants aligned with U.S. Representative Judy Chu (D-CA), who represents a district mostly within Los Angeles County, apparently formed a front group called the “Asian American Education Institute” to persuade the commission to include Chu’s political home base of Rosemead in the district; the commission ultimately did so. License: Public domain.
by Michael Watson

The Left has sought to replace state legislative redistricting with so-called “independent redistricting commissions” of nonpolitical professionals, most prominently in the For the People Act (H.R. 1), an omnibus bill that would legislate a federal takeover of elections. For the post-2020 Census redistricting cycle, congressional districts will be redrawn in at least seven states and as many as 10 states. Montana may gain a second congressional seat and engage in redistricting using this system. New York and Virginia maps, a responsibility shared between a commission and the state legislature, will be drawn by such commissions.

While the Left presents commissions as the surest way to achieve “fair” districts, the proportionality analysis shows that they are often unsuccessful. Important to figuring out the likely impact of commission-drawn districts is to examine how previous commissions broke down and why they yielded de facto gerrymanders. In the 2010 cycle, the two most disproportionate commissions (in California and Arizona) both drew de facto Democratic gerrymanders: California’s by apparent accident, and Arizona’s by the apparent design of its chairperson.

The California Citizens Redistricting Commission (CCRC) created by those referenda consists of five registered voters of the Democratic Party, five registered voters of the Republican Party, and four voters registered with no party or a minor party. By rule, none of the commissioners or their immediate families are allowed to have been a political candidate, a registered lobbyist, or a donor of more than $2,000 to a candidate. This left political professionals (largely) off the commission but did not keep them out of the process.

The CCRC’s own practices created openings for creative activists to manipulate redistricting. ProPublica’s report noted that the commissioners agreed “not to even look at data that would tell them how prospective maps affected the fortunes of Democrats or Republicans,” leaving “the commissioners effectively blind to the sort of influence the Democrats were planning.”

The California commission’s reliance on preserving ambiguous “communities of interest” gave further avenues for Democratic-aligned meddlers to entice the CCRC into drawing a de facto Democratic gerrymander. Consultants aligned with U.S. Representative Judy Chu (D-CA), who represents a district mostly within Los Angeles County, apparently formed a front group called the “Asian American Education Institute” to persuade the commission to include Chu’s political home base of Rosemead in the district; the commission ultimately did so. Of course, other “communities of interest” not aligned with a Democratic incumbent fared less well. ProPublica noted that the Vietnamese “Little Saigon” neighborhoods of Orange County, which have elected Republicans to state and municipal office, were split among multiple districts.

The consequences of the capture of the California Citizens Redistricting Commission are observed in the proportionality analysis. While California Democrats’ vote share would entitle them to a projected 35 seats, they won an additional seven. The percentage of “excess” Democrats returned by the commission’s map in California exceeds the percentage of “excess” Republicans returned by Texas’s map, generally considered a Republican partisan gerrymander.

Capture from Within: Arizona’s “Mathismander.” Arizona’s independent redistricting commission has a fundamental structural flaw. It is evenly divided between two Democrats and two Republicans with an unaffiliated chair presiding, but either partisan bloc plus the chair can make decisions up to and including approving final maps without support from the opposite party. In effect, this enables the “independent commission” to be captured by the partisan bloc with which the “unaffiliated” chair is most aligned.

In 2010 that alignment was clear, and the proportionality analysis through the decade tells the tale. Independent commissioner Colleen Mathis sided with the Democratic bloc on most matters, most notably by acting contrary to the letter of the Arizona redistricting mandates and placing “political competitiveness” as the most, rather than least, important consideration in districting. Republican commissioners further alleged that Mathis and Democratic commissioners made decisions outside of public meetings.

Both parties could see the effect of the map Mathis’s commission drew. The Republican-controlled legislature attempted to oust Mathis, voting to impeach and remove her only to see the move blocked by state courts in litigation supported by the state Democratic Party. After the Mathismander took effect and Democrats profited from the popular vote–seats won split, and Democrats could praise the map more openly: One Democratic congressman admitted, “The maps performed like they were designed.”

In the next installment, see which states will be using redistricting commissions.