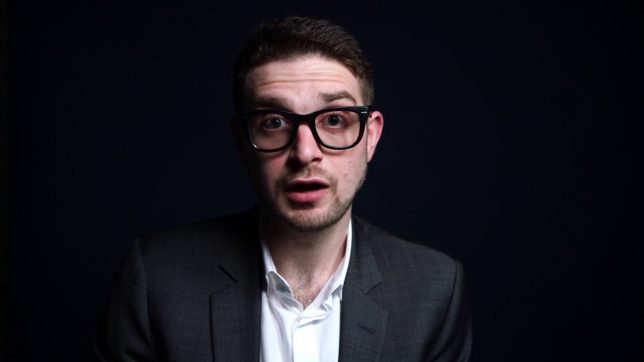 Alexander Soros, son of billionaire donor George Soros, has so far maintained a low profile in the nonprofit world. But now he appears to be following in his father’s footsteps as a major donor for left-wing groups and politicians. The Washington Free Beacon revealed on Tuesday that, according to Federal Election Commission filings, Alexander has overtaken his father in annual political contributions.

So far, Alexander spent more than $150,000 on federal committees and campaigns in 2017—$40,000 more than George Soros has contributed. In April, he donated the maximum amount that he can legally give in a calendar year ($33,900) to the Democratic National Committee (DNC). He also donated to the political campaigns of failed Georgia Democratic congressional candidate Jon Ossoff, as well as Democratic Senators Claire McCaskill (Missouri), Jon Tester (Montana), Maria Cantwell (Washington), and Chris Murphy (Connecticut). Overall, his federal contributions this year have totaled $152,000; meanwhile, his father has given $114,000.

Alexander and his older siblings, Andrea and Jonathan, serve on the board of their father’s Open Society Foundations (OSF). As CRC’s Matthew Vadum has shown, Soros used OSF to funnel $33 million to radical, left-wing groups—who then fomented civil unrest in Ferguson, Missouri, in 2015.

In addition to his role in OSF, in 2012, Alexander founded his own non-profit—the Alexander Soros Foundation (ASF)—which also supports far, left-of-center political policies. Internationally, ASF has focused on environmental issues, such as giving an annual “Alexander Soros Foundation Award” to activists working at the “nexus of environmentalism and human rights.” Domestically, the organization has given generously to community organizers like Make the Road New York (MRNY), a pro-illegal immigration organization that supports increased immigration levels, amnesty for current illegal immigrants, and has lobbied the state’s government to make New York a “sanctuary state.”

The younger Soros has often attracted attention for living up to the stereotype of a billionaire’s bachelor son. But in the 2016 elections, he showed his willingness to join the world of big-time liberal political donors by spending more than $4.5 million on Democratic campaign committees and political action committees. As the Free Beacon observes, this was “a major uptick from the 2014 elections,” when he gave only $400,000. His donation recipients included the Democratic Senatorial Campaign Committee, the campaigns of Democrats including Hillary Clinton, Sen. Chuck Schumer (New York), former senator Russ Feingold (Wisconsin), and Rep. Keith Ellison (Minnesota) among others, reaching his legal donation limits for each.

OSF, thorough George, Alexander, and other members of the Soros family, will continue to be a well-financed, dominating force in far-Left politics for years to come, given that the elder Soros has more than tripled his investments since 2005 and shelters much of his riches in offshore tax havens. He has arranged for the organization to be governed independently by a professional management structure after his death. But as Ade Adeniji observes in Inside Philanthropy,

Even if George only turns over a small sliver of his fortune to his kids’ foundations while directing the bulk to OSF, the Soros children could emerge as a major players in the philanthrosphere. Another question is just how much influence they will have at OSF down the line, especially given the experience that they collectively bring to philanthropy. Will they really just be members of a truly independent governance structure—or something beyond that?

It remains to be seen how much influence the sons of Soros will wield in liberal international politics for years to come; but if Alexander’s 2017 spending habits are any indication, it could increase exponentially during future cycles.