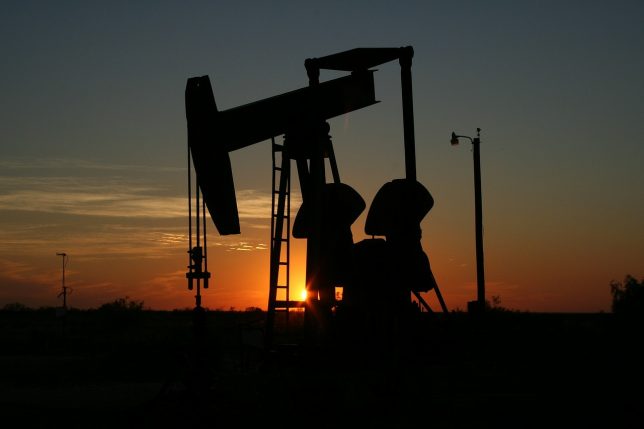 It’s usually the case that no one knows who the great-grandchildren of a great philanthropist are. I know, for example, that there are people in their thirties named John D. Rockefeller V and Henry Ford III, but that’s the extent of my knowledge.[1] I also know that the reason there aren’t any rich Vanderbilts today is because when the Great Depression hit in 1929, 90 percent of the family’s wealth was in New York Central Railroad stock, which plummeted by 90 percent during the Depression and never fully recovered.[2]

There are some philanthropic families, such as the Guggenheims and the MacArthurs, where the second generation creates substantial charities. The Rockefellers are the only philanthropists I know of where the third and fourth generations of the founder have created substantial nonprofits that bear the family name: the Rockefeller Brothers Fund and the Rockefeller Family Fund. (I wrote about these two organizations at length in a 2005 issue of Foundation Watch)

These two Rockefeller nonprofits have been in the news lately because they have loudly announced that they are divesting their endowments of the oil and gas wealth that made their organizations possible. The Rockefeller Family Fund has been in the center of a large battle between ExxonMobil and the attorneys general of New York and Massachusetts about whether or not ExxonMobil knew in the 1970s that burning oil caused climate change.

I’ve written about this battle in several columns, most recently in writing about a fatuous Washington Post column by Sen. Elizabeth Warren and Sen. Sheldon Whitehouse. The short version of the argument is that after two state attorneys general threatened to sue ExxonMobil for allegedly defrauding investors about the likelihood of climate change, ExxonMobil responded by flooding the attorney general’s offices and their allies in the nonprofit world with reams of discovery requests. Rep. Lamar Smith (R—Texas), chairman of the House Science Committee, has also been sending lots of green groups threatening letters. Most recently Judge Jim Kinkeade has asked why New York and Massachusetts have jurisdiction, since ExxonMobil is headquartered in Texas. This month, however, he said that Massachusetts AG Maura Healey did not have to come to Texas to testify.

Now two officials of the Rockefeller Family Fund—its president, David Kaiser, and its director, Lee Wasserman—have written such a long article defending their grantmaking that the New York Review of Books, which prides itself on its lengthy articles, split it into two parts, which have run in the magazine’s December 8 and December 22 issues.

Kaiser and Wasserman’s argument is as follows. ExxonMobil in the 1970s and 1980s had some scientists issue memos stating that the planet was getting warmer and the use of fossil fuels had something to do with it. But the oil company “has been a leader of the movement to deny the facts on climate change.” Therefore they deserve to be punished because they’re just as bad as the tobacco industry.

The first part of Kaiser and Wasserman’s thesis might well be true. As for the second part, they base their claim on the work of Yale sociologist Justin Farrell. But, as I noted last year, Farrell created a large database of 39 million words of publications of conservative and libertarian organizations, which included large think tanks such as the Heritage Foundation and the Hoover Institution that only devote a limited amount of their research time to environmental matters and foreign organizations such as Britain’s Global Warming Policy Foundation. He then began to draw conclusions, which should be suspect because his database is flawed.

More importantly, I believe ExxonMobil cut off its grants to right-wing organizations in 2006, when Rex Tillerson (now Donald Trump’s nominee for Secretary of State) became ExxonMobil CEO. As they note, Tillerson announced in 2007 that he thought that fossil fuels were partially responsible for increases in global temperatures, and in 2009 he came out in support of a carbon tax.

But if ExxonMobil hasn’t been funding free-market groups for a decade, how is it somehow controlling them? Moreover, Kaiser and Wasserman do not cite a single instance where ExxonMobil money persuaded a climate change skeptic to take a position he or she would not have taken if the petroleum paymasters weren’t funding them.

The authors then try to defend the activities of green groups against Rep. Smith and ExxonMobil. “No state AG’s office can easily compete with ExxonMobil’s legal resources,” they say. Really? How many people can ExxonMobil indict? How many grand juries can they convene?

Moreover, they are struggling hard to explain how they aren’t engaged in a “conspiracy” with other green groups. Here they have to explain a meeting that took place in January at Rockefeller Family Fund headquarters which included representatives from Greenpeace, the hard-left Working Families Party, Public Citizen president Rob Weissman, and noted environmental activist Bill McKibben. Alana Goodman of the Washington Free Beacon obtained an email from Kenny Bruno of the New Venture Fund describing the purpose of the meeting:

“To delegitimize them (Exxon) as a political actor”

“To force officials to disassociate themselves from Exxon, their money, and their historic opposition to climate progress, for example by refusing campaign donations, refusing to take meetings, calling for a price on carbon, etc.”

That isn’t a conspiracy? Well, no, Kaiser and Wasserman say, it was just a meeting. And Bruno doesn’t work for us! And while Bruno’s email contained “rhetorical bravado” and we don’t believe ExxonMobil is corrupt, “we don’t think the e-mail said or suggested anything that is far from the truth.”

Somehow, I suspect Kenny Bruno will not be invited to testify at Rex Tillerson’s confirmation hearing.

Much of the second part of Kaiser and Wasserman’s article is about The Sacred Right of Free Association and how they feel persecuted by all the subpoenas. Well, if they want to hold their meetings in private, get the attorney generals to stop their lawsuit.

They may think ExxonMobil is a Big Evil Polluting Corporation, but the last I’ve heard, even giant corporations have a right to defend themselves. As long as the attorneys general continue their lawsuit, I don’t feel sorry for anything that is happening to any of the green groups allied in the government’s war against ExxonMobil.