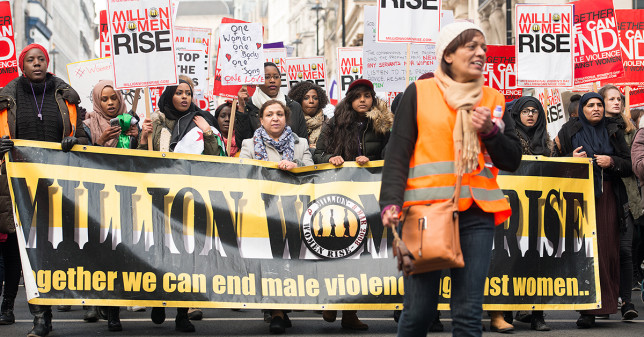 Aggression towards women—or anyone, for that matter—is obviously reprehensible. But concerns about domestic violence have given rise to federal programs—and massive government spending—that is counterproductive in practice. One example is the Violence Against Women Act, signed by (irony alert) President Bill Clinton in 1994.

While the Act has increased prosecution rates for domestic violence cases, there is little conclusive evidence that it has succeeded in substantially reducing the incidence of domestic violence. But it has had undeniable success in funneling your tax dollars to an array of liberal advocacy groups with a one-sided agenda.

The Office of Violence Against Women (OVW)—nestled within the Department of Justice—distributes taxpayer-funded grants to the states and then to local nonprofits. According to a 2015 report from the Congressional Research Service, OVW has handed out “more than $6 billion in grants and cooperative agreements to state, tribal, and local governments, nonprofit organizations, and universities.” OVW administers most of the grants, but other federal agencies, including the Centers for Disease Control and the Office of Justice Programs, also manage some funding.

Recipients include the National Coalition Against Domestic Violence (NCADV) and other left-wing feminist groups—who push for a radical agenda with no room for dissent. NCADV spokesmen, for example, often argue that only two percent of domestic abuse accusations turn out to be false. Yet there’s no empirical evidence to back that up. Not a single study has conclusively measured how many such allegations are indeed false, and the studies that are available suggest that .

If anything, this points to a “War on Men” to obtain additional government funds.

While the Violence Against Women Act has done some good—such as heightening public awareness of domestic violence—we should be wary of its unintended consequences.

Chicago-based writer Michael Volpe spent more than a decade in finance before becoming a freelance journalist. His work has appeared in such national publications as the Daily Caller, FrontPage Magazine,…
+ More by Michael Volpe

Spinning the Iran Deal to the Media: Elite Philanthropy Disguised as Grassroots Activism