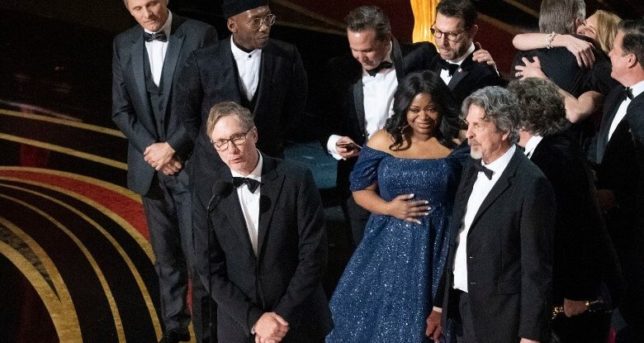 Should The Godfather have been banned from winning the Academy Award for Best Picture because it was too white?

What about Schindler’s List, Forrest Gump or Titanic? Under a new policy from the Academy of Motion Picture Arts and Sciences, the answer could be yes. The policy, which mandates “inclusion requirements,” means there’s a good chance those films might have never received their Oscars due to casts and crews being too white, too male and too straight.

While there are some real obstacles inhibiting minority success in the film industry, requiring a film to meet affirmative action quotas to receive award recognition not only won’t help alleviate those challenges, it would be a massive setback to progress already made.

The talent side of the film business can be genuinely discriminatory. Agents, managers, and casting will often openly judge on race and ethnicity.

In the past, the answer to this was colorblind casting. The industry historically cast roles with specific races or other traits even when they weren’t relevant to the actual character. The solution was equal opportunity to open doors to those excluded. It would be a time-consuming process of building up new stars, but equal opportunity efforts would create an equal playing field over time.

It’s likely with this in mind that the Academy decided to adopt affirmative action.

One problem: the Oscars already disproportionately recognize films by and about minorities. In the 2010s, three of the 10 best picture winners (12 Years a Slave, Moonlight, and Green Book) starred African Americans and focused on African American issues, more than double the representation that would be equivalent to that group’s 12.7 percent share of the total American population.

In 2018, the year Green Book won best picture, two of the other nominated films, a plurality of the films nominated, also starred African Americans and focused on African American issues (Black Panther and BlacKkKlansman); two had gay main characters and focused on gay issues (Bohemian Rhapsody and The Favorite) and one was a Mexican film about the life of an indigenous woman (Roma).  The remaining two starred and focused on straight white American men (Vice and A Star is Born).

But for intersectional identity political activists, this isn’t enough.

The founder of the #OscarsSoWhite hashtag, April Reign, continued to push her campaign even after these nominations, arguing, “#OscarsSoWhite is not binary … It’s about all marginalized communities, including sexual orientation and gender and disability status, [not just race]. We still haven’t seen a person with a disability playing a superhero. Representation of the Latinx community [is still lacking].”

The fact that two of the 10 best picture winners from the 2010s were directed by Latinos (Birdman and The Shape of Water), matching that community’s 18.3 percent population share, or that Daredevil is a popular superhero with a disability, is irrelevant.

James Lindsay, a scholar studying the modern social justice movement, has written in-depth on “Critical Social Justice” activism and how it functions identically to religion. Their idiosyncratically defined “systemic racism” exists everywhere, will always exist, must be fought endlessly and is not open to contradiction by evidence.

As described by massively popular activist-scholar Robin DiAngelo, author of the book, White Fragility, the question is not “did racism take place?” but instead “how did racism manifest in this situation?”

The Academy’s new policy will embolden these activists; but as their fight against systemic racism has no realistic end, it will not satisfy them. They will only come back wanting more.

Even worse, this policy will actually do damage to the true fight against racism.

Many argue the importance of seeing someone who looks like you represented on screen, but ask yourself which of those outcomes is least racist: a world in which everyone sees a multitude of characters who look like them on screen (this has arguably already been achieved anyway), or a world in which the skin color has lost such meaning anyone can equally relate to any character of any color because we all share a fundamental human experience?

Going forward, it will be impossible to know if the “best picture” was actually the best picture, or just the best picture that met affirmative action quotas. With color consciousness asking us to make decisions based on identity rather than ending that practice, resentment over the winner not being the rightful winner will only grow and divide us more.

In his book Affirmative Action Around the World: An Empirical Study, African American economist Thomas Sowell found, “even a broad-brush look at what affirmative action programs have actually done in various countries reveals that a failure to achieve their goals may be the least of the problems created by these programs. Poisonous intergroup relations and real dangers to the fabric of society have also been produced by affirmative action in some countries.”

Moreover, affirmative action simply isn’t necessary to increase minority representation, as evidenced by the nominees of the past decade. In a meritocratic system, minority filmmakers can succeed.

To believe otherwise is the soft bigotry of low expectations.

The best way to make the film industry more inclusive isn’t to devalue the meaning of the Oscars. It’s to end the nepotism keeping Hollywood’s power structure in place, work toward colorblind equal opportunity, and to remember Martin Luther King, Jr.’s dream.

This article first appeared in Hollywood in Toto on September 18, 2020.