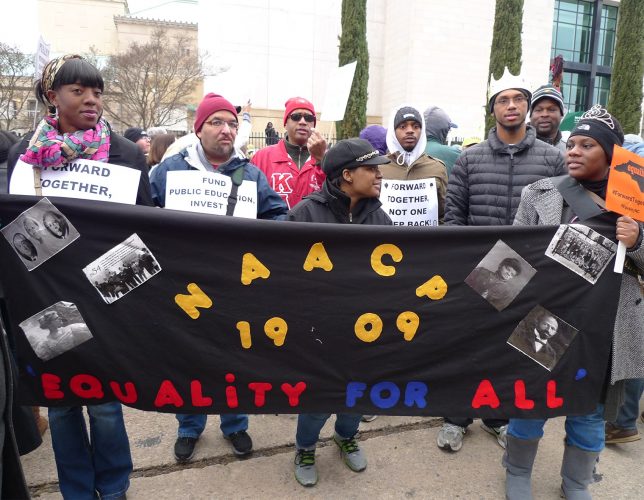 Hogberg: There is a widespread belief among the political left about why incomes of blacks are generally lower than whites, so common then-President Barack Obama used it. Here’s what he said:

The gap between income and wealth of white and black America persists. And we’ve got more work to do on that front. I’ve been consistent in saying that this is a legacy of a troubled racial past of Jim Crow and slavery. That’s not an excuse for black folks. And I think the overwhelming majority of black people understand it’s not an excuse. They’re working hard. They’re out there hustling and trying to get an education, trying to send their kids to college. But they’re starting behind, oftentimes, in the race.

Are lower incomes of blacks the legacy of Jim Crow and slavery?

Hogberg: You might say what is behind the notion that the legacy of slavery holds back blacks is the half-baked theory that the negative impact of historical tragedies on a particular group can last decades or even centuries. Is that supported by the evidence?

Sowell: No. It’s plausible, but you don’t assume it’s true because you want to believe it. You look at the evidence, and when you look at the evidence many things seem plausible that are not supported by the evidence. Often people who are refugees from various tragedies and are destitute when they arrive in a new country are doing well within a generation or two.

For example, most Cubans who fled from the Castro regime, when they first arrived in the U.S. found that the credentials they had from Cuba held no weight. So, they might have been doctors or judges or whatever in Cuba, they had to start at the very bottom here. Their wives, women who may have never worked in their lives, had to take jobs as maids and seamstresses and fruit pickers and all kinds of low-level jobs. But after about 40 years, they had risen. And in those 40 years, the amount of wealth accumulated by Cuban Americans was greater than the entire wealth of Cuba. You can see similar experiences with other groups. The Gujaratis who were expelled from East Africa and fled to England usually arrived destitute because they weren’t allowed to take their money with them and so on. But after a number of years they prospered in England. Meanwhile the economy in East Africa collapsed because you didn’t have people with the same human capital that the Gujaratis had.

Sowell: I think what changed was what I call the “welfare state vision” that became popular in that decade. That vision says that if you don’t have something that someone else has, then it is somebody else’s fault and that you are therefore justified in demanding compensation and expecting the world owes you something. It also states that your sins are to be forgiven because you didn’t get the right breaks. That has been a toxic vision on both sides of the Atlantic, and it is as toxic among lower-class whites in Britain as it is among blacks in America. It is amazing the similarities that exist between the lower-class whites in Britain and ghetto blacks in the United States, even right down to the schools where kids who want to learn are beaten up by other kids. So, this vision has been a holdback to both lower class whites in Britain and blacks here. But whites in Britain don’t have any legacy of slavery to fall back on.

It is important to note that the welfare state makes it possible to live out this vision. It subsidizes a counterproductive lifestyle. By contrast, under ordinary market conditions people would either have to shape up or ship out.

Hogberg: Your book shows that it’s not racism that holds back black Americans. Given that, why do groups like the NAACP continue to focus on racism?

Sowell: Because it is to the benefit of the NAACP. One thing I have learned from studying various ethnic groups around the world is that ethnic leaders tend to promote ideas that help ethnic leaders even when those ideas are counterproductive to the groups that they are leading. I think the classic example in the United States is Hispanic leaders who want to maintain so-called bilingual programs in schools. When the decision as to whether a child is taught in English or in Spanish is left in the hands of parents, Hispanic parents tend to want their children to be taught in English so they can get ahead in this society. But if that is allowed to happen, then the so-called leaders are going to lose their constituency. As Hispanics master English they move on up and drift out into the rest of society. It is to the leaders’ advantage to keep those kids in Spanish so that they can’t move out into the rest of the world.

Hogberg: Is the NAACP holding back blacks in the sense that they encourage blacks to focus on issues that are not crucial to advancement?

Sowell: Absolutely. And more concretely, the NAACP promotes ideas that are actually counterproductive. For example, the NAACP has come out against charter schools. Charter schools are the biggest educational success for black children in the history of the United States. When the NAACP took that position, to me it was a declaration of moral bankruptcy. They are ready to sell out whole generations of black children for the sake of getting the money from the teachers’ unions. The same goes for the blacks in the Congressional Black Caucus who are also against charter schools. Consider that charter schools don’t usually have their own building. Typically, they are held in buildings that house the regular public school in that neighborhood. In one case I recently saw, children in a charter school scored in the 96th percentile, while the children in the public school, in that same building, scored in the 6th percentile. And to think in light of results like that, the NAACP and the Congressional Black Caucus are going to come out in favor of stopping charter schools—it’s monstrous.

In the final segment of Dr. Sowell’s interview, learn how misunderstandings can influence the public discourse.