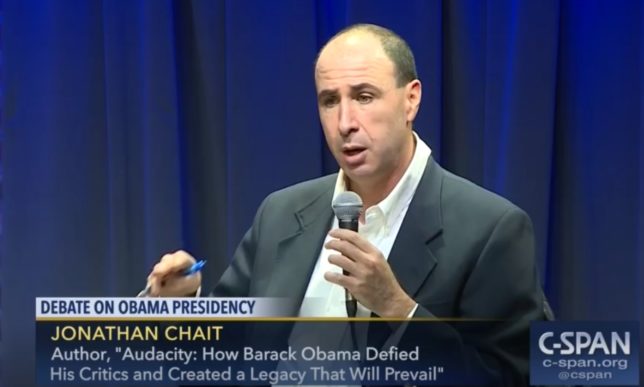 A major objective of the FBI’s Crossfire Hurricane investigation and the subsequent probe by Special Counsel Robert Mueller was to find out “whether individual(s) associated with the Trump campaign are witting of and/or coordinating activities with the Government of Russia.”

The answer was a definitive “no.” Four years and tens of millions of taxpayer dollars have failed to uncover even a single person who collaborated with the Russian government while working on the 2016 Trump presidential campaign. However, the U.S. Department of Justice (DOJ) Office of the Inspector General has discovered “serious performance failures” by federal law enforcement in the conduct of the investigation.

A new and comprehensive profile at InfluenceWatch lays out the gory history of the Trump-Russia Collusion Claims (“Russiagate”) and why the world’s only superpower credulously fell for it.

A sample of the information available in the InfluenceWatch profile is today’s ranking of the nastiest hoax promoters. This information is also being posted in a CRC archive of the who’s who of Russiagate.

A contributor to both New York magazine and MSNBC, Jonathan Chait went all-in on the most outlandish of the salacious collusion rumors. One debunked fairy tale dished up in the discredited Steele dossier was a puerile bit of bad pornography too tawdry for most respectable journalists to touch. But not Chait, who thought it made for a clever headline: “I’m a Peeliever and You Should Be, Too.”

A July 2018 issue of New York featured a long Chait essay fleshing out an unhinged espionage-collusion conspiracy theory that held that Russian agents had been cultivating and compromising Donald Trump as an asset since 1987. MSNBC gave Chait a platform to repeat the claim to a TV audience.

Chait stuck to the low road on social media as well, such as a February 2018 Twitter outburst wherein he implied Trump campaign aide Carter Page had “passed documents to Russian spies.” The DOJ inspector general would later reveal that far from a Russian asset, Page had been a willing source for the CIA, helping the agency obtain information about the Russians.

Nobody given a modestly respectable public platform could boast of a hoax game as comprehensive and credulous as Chait, but a close second was . . .

Hillary Clinton was the highest-profile purveyor of the allegation that Trump was a Russian tool. During a 2016 presidential debate she called Trump a “puppet” of Russian President Vladimir Putin and then repeated the charge on social media after Trump became president.

During the campaign, she also promoted on social media a news item alleging the Trump organization had a secret communications link to a Russian bank—an allegation sourced to the since debunked claims in the Steele dossier. The report from the inspector general would later reveal that the “FBI investigated whether there were cyber links between the Trump Organization and Alfa Bank, but had concluded by early February 2017 that there were no such links.”

And, unique among prominent collusion conspiracy nuts, who stuck to riffing off Steele fables or whatever the mainstream media was already biting on, Clinton showed a talent for generating original content. In an October 2019 podcast interview, she hinted that Rep. Tulsi Gabbard (D-HI) and 2016 Green Party nominee Jill Stein were also having their strings pulled by Putin.

Like Hillary Clinton, political consultant Rick Wilson provided a unique contribution to the hoax promotion breed. In his case, he came at it from a supposedly Republican perspective.

He is a co-founder of the Lincoln Project, a super PAC cooked up from a fusion of disgruntled Republican consultants and left-wing money with the aim of electing Democratic nominee Joe Biden president. On the first night of the 2020 Democratic National Convention, the Lincoln Project Twitter account posted a message to the delegates: “We go low so you don’t have to. #DNC2020.” The message appears to have been removed within days, perhaps because the low-going consultants claiming Honest Abe’s reputation belatedly recognized that nasty political hackery is not what put him on Mt. Rushmore.

But when promoting the collusion hoax, Rick Wilson pushed himself even lower. In a December 2019 Rolling Stone commentary, Wilson said President Trump had been guilty of “grotesque subservience to the Russian leader who helped elect him” and referred to Trump allies and supporters as “traitors” repeating “Kremlin-approved propaganda messages.” The Republican turncoat Wilson wrote in a November 2017 screed for the Daily Beast that former Trump advisor Carter Page “didn’t just talk the pro-Russian talk; he threw himself into the eager arms of SVR [Russian intelligence] operatives.”

The inspector general later found that Page threw himself into the eager arms of American intelligence operatives, who sought his advice on what Russian intelligence was up to. An FBI lawyer who hid that truth found himself on the business end of a federal prosecution. Good thing for Wilson he is just a hack with a hoax.

As with Wilson, Rep. Eric Swalwell (D-CA) was not the highest profile of the hoax promoters. Other Congresscritters had fancier titles. But from his perch as a member of the House Intelligence Committee, Swalwell frequently punched well above his weight class.

In a January 2019 interview on MSNBC, Swalwell wanted to make it very clear that he thought President Trump was working as an agent of the Russian government. Seeming to disbelieve that Swalwell wanted to be so severe, host Chris Matthews asked: “An agent like in the 1940s where you had people who were ‘reds,’ to use an old term, like that? In other words, working for a foreign power?” Swalwell doubled down: “He’s working on behalf of the Russians, yes.”

Similarly, regarding the frequently and possibly criminally maligned Carter Page, Swalwell made an allegation on Twitter in February 2018 that Page “for years had been a suspected Russian target.”

And the extra-special sauce in Swalwell’s stew may have been extra hours on social media harassing witnesses called to testify in front of him.  According to the new InfluenceWatch profile:

“Nice to see you again,” said Swalwell, in a message exchange he initiated at 12:18 AM. “I hope you told the OSC [Office of Special Counsel Robert Mueller] the truth. They don’t [expletive deleted] around.” Caputo replied: “I lied to no one and you know it so go [expletive deleted] yourself.” Swalwell countered: “Don’t sound so scared bro.”

Caputo made the exchange public in May 2020, with the message: “Good morning all! I’m just having coffee, remembering that 2018 twitter direct message after midnight on a Saturday night from a tipsy Congressman contacting me, a represented party, in clear violation of House Ethics rules.”