Sorry, Politico: The Media’s History of Panic Over Climate Is Very Real 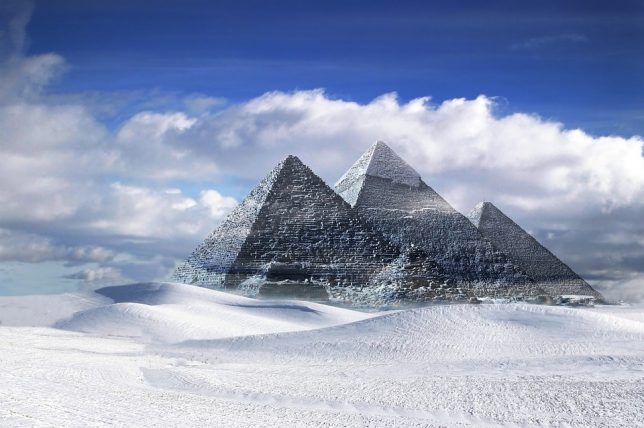 Shane Goldmacher’s May 15 story in Politico about a fake magazine cover shown to President Trump was disturbing.

The cover, purportedly that of Time magazine, April 8, 1977, featured a photo of a penguin and spotlighted the story “How To Survive the Coming Ice Age.” Even a Google search for “ice age Time cover” or a similar set of search terms would have revealed the scam instantly.

The point of showing it to the President was to give him evidence of the news media’s long history of panic over climate change.

While it’s worrisome that any fraudulent document, obviously fake or not, would make its way to the President, it’s equally disturbing that the cover fraud distracts from the reality: The media’s history of panic over climate is very real. Sometimes it’s a heat wave that will melt the glaciers. Sometimes it’s a coming ice age.

In 1895, a New York Times article claimed, “Geologists Think the World May Be Frozen Up Again” and foresaw “perennial frost and snow.” By 1932, the Times warned “Melting Polar Ice Caps to Raise the Level of Seas and Flood the Continent.” A 1958 Harper’s article predicted “The Coming Ice Age.”

Newsweek’s April 28, 1975 edition put it bluntly: “The central fact is that after three quarters of a century of extraordinarily mild conditions, the earth’s climate seems to be cooling down.” And now it’s global warming.

We don’t know who created the fake Time cover. But we do know that generations of journalists promoted “scientific” claims about the climate apocalypse. They should apply the first rule of both science and journalism: At all times, be skeptical.

See our video on this point: