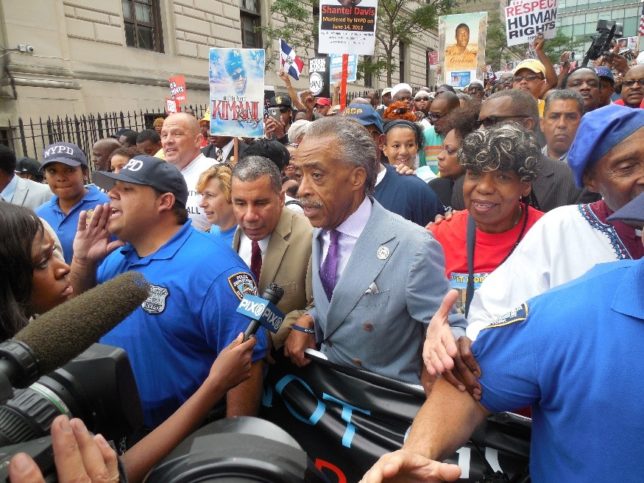 In 1980, according to a 1988 Washington Post report, the Rev. Al Sharpton presented himself as the majority stakeholder in a trash hauling company seeking a minority “set-aside” contract from the Con-Edison electrical utility. The venture failed when the real owner was revealed to be Matthew “Matty the Horse” Ianniello. Leaving aside that Mr. Ianniello did not fit the desired profile for a minority entrepreneur, the real problem was his rumored prominence in the Genovese crime family. Sharpton responded to the setback by saying he had never met Ianniello. Ianniello would later go to prison in 1988 and again in 2006 for racketeering offenses related to businesses silently under his control.

There was a time when the Washington Post might remind you that Sharpton once conducted business with criminals. But the troubling details of that history rarely make it into media accounts of the history Sharpton is writing today. Given who Sharpton has become, this is a huge oversight the political media needs to correct.

The January 21, 2019, Washington Post featured a photo of Sharpton seated between former Vice President Joe Biden and former New York City Mayor Michael Bloomberg at a Washington, D.C., breakfast commemoration of MLK Day hosted by Sharpton’s National Action Network. At another gathering in New York City later that day, U.S. Sen. Kirsten Gillibrand (D-NY) would get her own opportunity to appear with the Reverend. In the early days and weeks of 2019, Sharpton also met or announced he would meet with Elizabeth Warren, Bernie Sanders, and half a dozen other Democrats eyeing a White House run.

Political junkies gazing at this burgeoning field of potential 2020 Democratic Presidential contenders may think it safe to put off wondering how the early primaries might begin to sort it all out by this time next year. But that’s the rookie mistake: the “Sharpton Primary” is happening now.

It’s hard to overestimate the influence of this man who nearly went into the garbage business with the mob. Powerful politicians now speak of him as if he’s a hybrid of Generals Washington and Eisenhower.

“Thank you, Rev. Al Sharpton, for saving America,” said soon-to-be Speaker of the House Nancy Pelosi at a National Action Network event in mid-November, one week after the 2018 midterm election.

A January 14 story in The Atlantic declared “[except for Obama] there is no better-known black leader in the country, nor one with bigger reach.” The headline read: “Al Sharpton’s Bid to Be a 2020 Kingmaker.”

But back in 1988, the Washington Post was still telling a different story. Rather than a “kingmaker,” Sharpton, along with his then-buddy, boxing promoter Don King, put the squeeze on the King of Pop—Michael Jackson—during the mega-star’s 1984 concert tour. The result was that Sharpton landed a $500,000 contract ($1.2 million in 2018 dollars) as the Jackson tour’s “community relations director,” after he and King had threatened a boycott of the tour if “black promoters” didn’t “have a piece of it.”

It wasn’t clear why anyone of any race who hadn’t directly contributed to Michael Jackson’s success deserved a piece of anything. What is easier to comprehend is why Sharpton critics at that time (and not for the last time) referred to one of his business arrangements as a “shakedown.”

Yet, by early 2008, to borrow one of Sharpton’s phrases, he had moved “from the streets to the suites,” already something of a kingmaker who could wait for the Democratic Presidential contestants to knock on his door. Barack Obama asked for and ultimately received Sharpton’s endorsement over Hillary Clinton that year. Then President Obama repaid the kindness with White House access and appearances at National Action Network events. By the end of 2014 Sharpton had visited the White House 61 times, for everything from major policy events to intimate Super Bowl parties with the First Family.

In fact, by any measure, Sharpton himself was a Mafia “associate,” the law enforcement designation given to mob affiliates who, while not initiated, work with and for crime family members. While occupying the lowest rung on the LCN [La Cosa Nostra] org chart—which is topped by a boss-underboss-consigliere triumvirate—associates far outnumber “made” men, and play central roles in a crime family’s operation, from money-making pursuits to more violent endeavors.

It all made the spectacle of Holder, the nation’s “top cop,” giving a U.S. Department of Justice public relations coup to Sharpton—by speaking at his National Action Network convention—look as silly as the day Elvis visited the Oval Office to receive a U.S. Bureau of Narcotics and Dangerous Drugs honorary agent badge from President Richard Nixon.

In the next installment of The Left’s Street Boss, learn how Rev. Sharpton became an FBI informant.